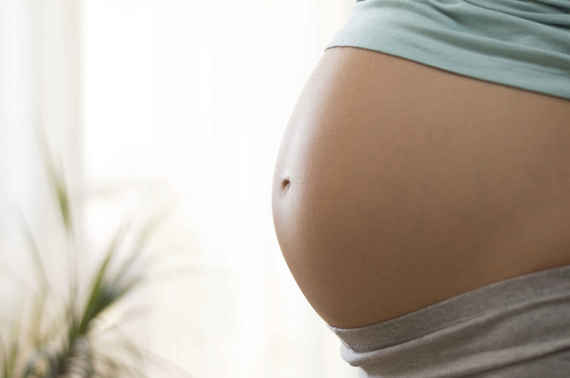 It was Thanksgiving, and my family was treating me like an invalid. You'd have thought that my 87-year-old grandmother with the heart condition, or my 92-year-old grandfather with the bad hip, or my brother, who made a point of never lifting a finger if he could help it, would have welcomed my offer to help prep dinner. But no. All I got were jokes about my "delicate condition" and more earnest admonishments that I "sit down!"

Sure, I was preggers, but only three months in. I'd never wanted to be seen as one of those entitled, insufferable pregnant women lambasted by Garfunkel and Oates in their song, "Pregnant Women Are Smug." I absolutely did not want special treatment.

And yet, as the months passed and my belly ballooned, I kind of did. The moms I knew warned me not to squander the pregnant privilege I once scorned. Life could be downright harrowing once my squirming, squealing zygote popped out, they argued. Why not milk him for all he's worth? And so, as my due date approached, I decided to find out just how far -- and how much -- being pregnant could get me. 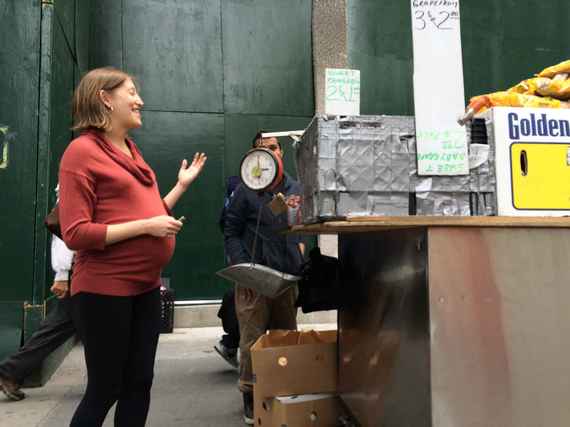 Mission 1: Get free fruit
Around noon on my first day, I happen by a fruit stand in New York's Financial District. Pregnancy cravings are real: when I see or hear about food, I need it. If you were to utter the word pancakes, say, I'd immediately want pancakes. In fact, having now just written the word pancakes, I want pancakes. But right now I'm paralyzed by the colorful array of bananas, cherries, and avocados arranged before me. But can I really blame the baby for what I'm about to do? Does this make me a bad mother, even before I've become one?

I approach the seller, my hands resting conspicuously on my belly.

"Excuse me," I say, "but is there any chance that you'd offer a free apple to a pregnant woman?"

The man stares at me with a look that says, "Surely you are joking." I thrust my stomach out a little further and try to look faint. And the man is trapped.

"What do you want?" he finally says, resigned.

"Um, an apple?" My voice sticks in my throat.

"Which one?" He nods at the row of red, yellow, and green apples.

He shrugs, but he doesn't do anything. Clearly, if I want this apple, I'm going to have to take it from him. Steal it, basically. So I do. I snatch a green apple, thank him, and waddle away as fast as my belly will let me. I have saved a quarter and bankrupted my dignity. 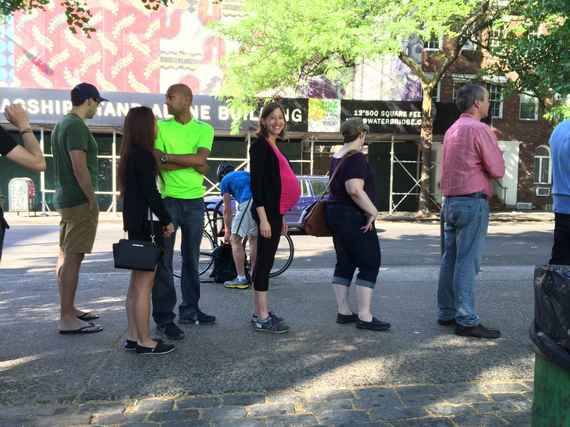 Mission 2: Cut the Chipotle line
Next stop, lunch. Normally, I'd choose a place without a 30-minute wait -- long lines are killer for pregnant ladies. But screw it. I want a burrito bowl. So I march inside, bypass the lunchtime crowd that's snaking through the place, and plant myself before the man at the front of the line. He's dressed in typical office attire and balding, with a roundish face that bears a striking resemblance to dock union boss Frank Sobotka from The Wire. He's more nebbishy, though. Kinder looking. And unsuspecting.

"Excuse me," I say, hand back on stomach. "I hope I don't sound like a total jerk, but is there any chance I could sneak in here? I'm not sure my body can handle this line."
Nebbish Sobotka notices the belly and his face immediately softens. "Of course," he says, and scoots back to let me in.

The woman standing behind him has one earbud in, but is obviously eavesdropping. The look on her face is one of disbelief. Kind of like the fruit guy. Actually, exactly like the fruit guy: you've got to be kidding.

"Absolutely." He shakes his head. "Don't even think about it. What are you having?"

"What a blessing!" he exclaims. "I'll pray for you and for your beautiful baby."

And there it is: I somehow managed to find -- and bamboozle -- the one devout religious person in New York City? He's done his service to God, and I feel like a jerk. "Any chance the name Daniel is on your shortlist?" he asks me. He's joking, I assume. Or maybe looking for a sign from above. Or it's just customary to name your baby after the person who expedites your fast-casual lunch. But no, I tell him. My brother's name is Daniel. I'd rather name my son Sobotka. 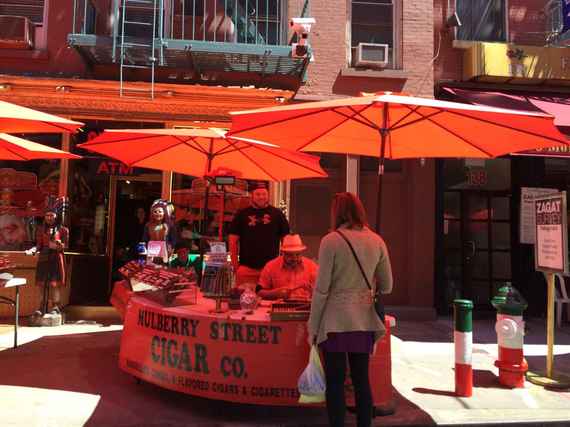 Missions 3-7: Random acts of opportunism
When I began this project, every ask felt like monumental bravery. I'd have to psych myself up for each interaction -- first rehearsing what I'd say to the fruit cart guy, for example, and how I'd persist if he rejected me. But I'm amazed at how quickly I toughened up; by the third day of this, I felt brazen, even shameless. What's the worst that could happen -- someone says no? Fine, let them. Let them reject the pregnant lady, those heartless jerks and their bias toward empty wombs.

It was time to start asking for everything.

In Chinatown, to a fruit vendor as he bags 2lbs of cherries for me: "Do you have a pregnant lady discount?"

On Saturday morning, I call up ABC Kitchen -- the kind of place you need to make a brunch reservation for two weeks in advance -- and give a sob story. "I'll be going into labor any day now," I tell the hostess, "and after the baby arrives, I'll barely be able to leave the house. Is there anything -- anything at all -- that you can do to get me in today?"

Frankly, I expect her to hang up on me then and there. Instead she says she'll check, and I'm left waiting long enough to imagine that the French toast with vanilla-poached cherries is truly within my grasp. By the time she returns, I've definitely waited long enough for her manager to give a full-blown diatribe about smug, entitled New Yorkers, pregnant or otherwise. The hostess offers me a table at 3pm. This does not appease the pregnant lady; anybody can get into ABC at 3pm. I was angling for special treatment! I decline.

In Little Italy, I approach a guy on the sidewalk who's rolling fresh cigars. "Can I get a free one for my husband to smoke after our son is born?" I ask. He's meaty and stern looking, but at this question, he brightens up. "Look around," he says, "and we'll see what we can do."

"He said I can get a discount," I tell her, motioning to her meaty colleague.

"No discount," she says.

I touch my belly. It doesn't alter anything. I turn to the original guy, who shrugs. "She's the boss," he says.

And then I buy the stupid thing for $11 anyway, because it turns out I still have some shame left in me.

A few hours later, back in Brooklyn, I spot a streetside psychic and stroll on in. It's been a string of rejections. I need a win here. And it's not like this woman is selling anything of tangible value anyway -- just folksy nonsense. "Can I get a half-off reading for my baby? He's not a full person yet," I say.

The psychic waves her hand dismissively. "No, no, I don't read pregnant women."

"I don't read babies either," she says.

It's a clever ruse. If this were a woman who could actually see the future -- and let's be clear: she is not -- it would be cruel to tell a pregnant woman's fortune. The joy of babies is in their potential; they are living clean slates, their eyes full of wonder, their lives to be shaped by the best of intentions. We want to imagine their futures, not know them. And so the psychic gets a convenient out; she uses her power wisely.

I touch my belly reflexively. "But I can tell you have a happy baby," she offers.

Value: Hard to say at the moment

To see how the rest of the mission turns out, get the full story, over at Thrillist.com!

13 Rules for Bringing a Baby to a Bar

Why I Will Never Raise My Kids in NYC