The problem for any self-respecting eco-minded traveler is that if you want to commune with the Great American Outdoors, you need a car to get there.

Public transit may be feasible within an urban cityscape, but if you try to use that same transit to see natural wilderness in all its glory, you're usually out of luck. Subways are for commuters, not hikers. Buses service places crowded with people -- not with bears. They aren't building high-speed rail to the rainforest.

At least that's the popular misconception. While it's true that most national parks in the U.S. can only be reached with a private vehicle, it's not true for all of them. 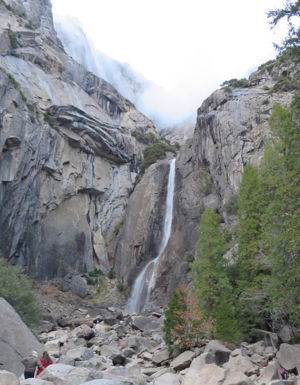 Take Yosemite, for example. It's so close to the San Francisco Bay Area, home to the nation's highest percentage of environmentalists. And yet if any of us green travelers wants to visit this nearby crown jewel of National Parks, must we swallow our principles and go by gas-guzzling, pollution-spewing private automobile?

I thought so -- until I did a little research and discovered to my amazement that there is a little-known -- yet very convenient -- way to get from the San Francisco Bay Area to the heart of Yosemite entirely on public transit. Tragically, it's sparsely used, most likely because so few people know about it: on our recent excursion, we noticed that only two other travelers made the full journey with us.

This article will show you, step by step, how to leave the hypocrisy behind on your next trip to Yosemite.

Get to a BART station.

BART (Bay Area Rapid Transit) is the urban and suburban light rail system for the San Francisco region. There are stations in just about every part of the Bay Area, all with easy bus connections. 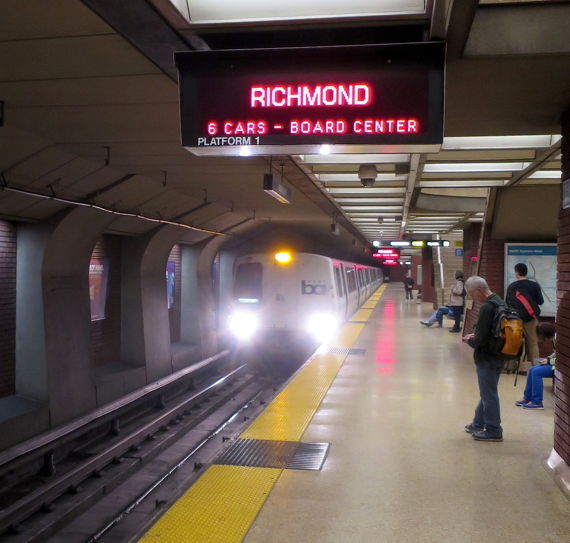 Why Richmond? Of all the 45 BART stations, only one -- Richmond -- is also an Amtrak station. 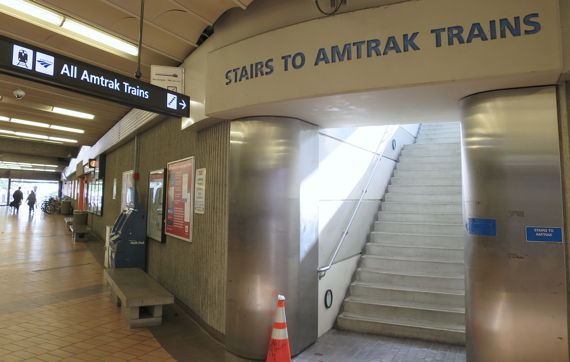 At the Richmond BART station, cross over to the Amtrak side, and buy an Amtrak ticket to Merced.

The two Richmond stations are adjoining, and connected by a short walkway. It's just a few steps from the BART exit to the Amtrak ticket machine. (You can also either buy the ticket ahead of time online, or even on the train itself.) 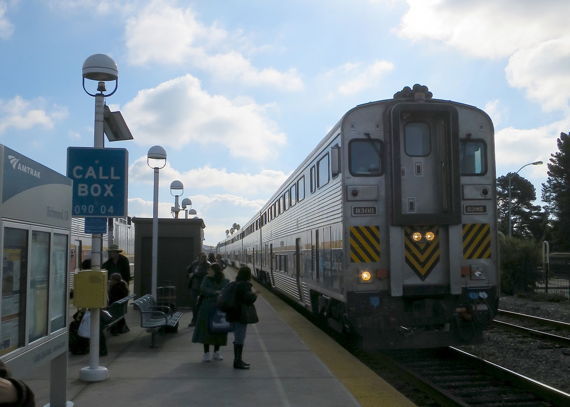 Ride Amtrak to the Merced station.

Merced is on the "San Joaquin" line. The ride takes about two and a half hours. 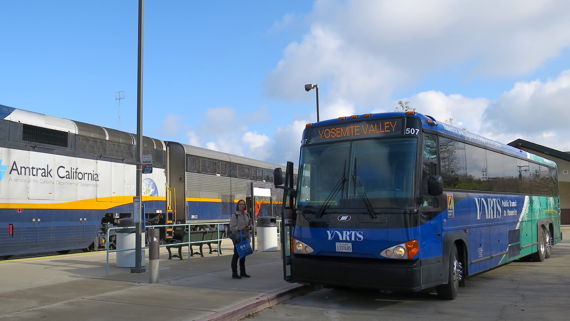 At Merced Amtrak, get on the YARTS bus to Yosemite.

This is the key link in the chain that few people know about. YARTS stands for Yosemite Area Regional Transit System, and is a small fleet of long-distance buses that connect towns in the Central Valley and the Gold Rush foothills with Yosemite. 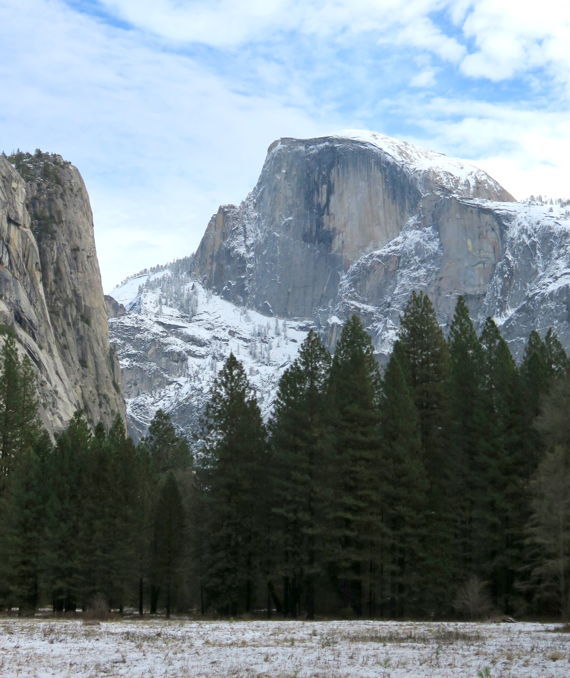 Once YARTS drops you off in the heart of Yosemite Valley, take the park's free shuttle buses from destination to destination.

The "Yosemite Shuttle" is not part of the YARTS system, but is instead a free bus system run by the National Park Service which connects all the main attractions and hotels in the main part of Yosemite Valley: Curry Village, the Ahwahnee Hotel, Yosemite Lodge and various campsites and natural wonders.

In short: BART to Amtrak to YARTS to the Yosemite Shuttle.

Of course, these simple steps gloss over the hard part of making this trip via public transit: coordinating the departure schedules for the various transit systems.

BART and the Yosemite Shuttle are worry-free, as both have very frequent departures. But both Amtrak and YARTS run only a few times per day; in fact, the YARTS buses are generally timed to meet the arrival of the Amtrak trains. So the bottleneck you need to address is Amtrak.

Peruse Amtrak's San Joaquin route schedule carefully, and note that there are only four departures per day from Richmond in the Merced direction: 7:49 a.m., 10:24 a.m., 1:34 p.m., and 6:09 p.m. (weekends have the same schedule too). YARTS buses depart from the Merced station about half an hour after the first two trains arrive each day -- so those are by far the best. If you take the third train (departing Richmond at 1:34pm) you have to wait in Merced for well over an hour; and the last (6:09 p.m.) train arrives in Merced long after the final YARTS bus, and thus is not recommended.

So plan your BART schedule to arrive in Richmond at least ten minutes before either the 7:49 a.m. (for early risers) or the 10:24 a.m. (for normal people) Amtrak departures, to give you time to buy tickets and get on the platform.

One final proviso: Amtrak trains are sometimes delayed, so there is always a slim chance you might miss your connection -- though the YARTS drivers are generally courteous and wait for any delayed Amtrak arrival if it's not too delayed.

And to come home from your guilt-free vacation, just do all the same steps in reverse! 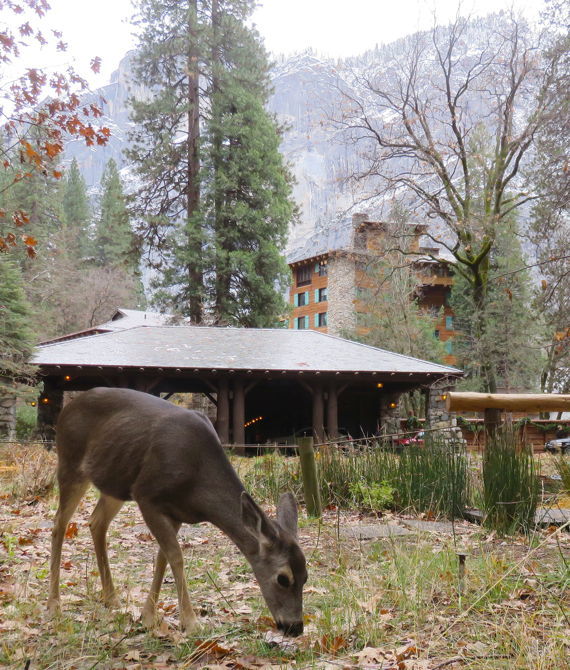 (All photos by Kristan Lawson © copyright 2015)