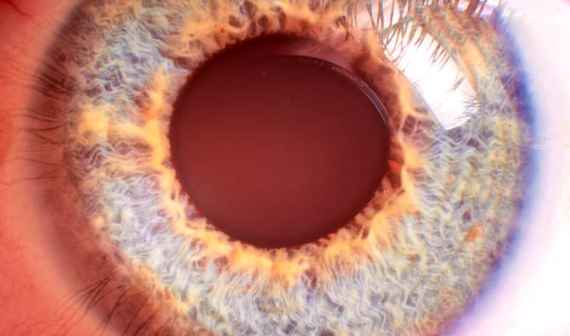 People take mild altering drugs -- everything from Tylenol to LSD -- because the effects are useful, interesting, or pleasurable. In altering the way we process stimuli, drugs facilitate a change in our thoughts and behaviors. This experience can be eye-opening or embarrassing or terrifying or barely noticeable, but it is universal. Drugs don't offer a singular experience, but a shortcut to a fundamental one. To have a human brain is to get high. Permanent sobriety is, physiologically speaking, a near impossibility.

Historically, humans have embraced the glitches within their connectome, developing non-chemical methods to expand consciousness. Anything you do with your body is going to have some effect on your mind, although some things more consistently produce the sort of results that are worth replicating.

Here are seven risk-free ways to expand your mind without risking losing it. They may not all work for everyone, but chances are good that most will work for you if you commit to trying them.

Controlling breath is a common way to access altered consciousness. One such practice, called holotropic breathwork, claims to induce similar mindstates to ingesting LSD. According to proponents, the main differences are that, unlike an acid trip, you can turn off a holotropic high, and you can't get arrested for breathing.

Yes, really. Staring into someone else's eyes canmake you trip out. In an Italian study, with an admittedly small sample size of 20, participants hallucinated wildly just by looking at another set of eyes for ten minutes. Nearly all reported seeing distorted facial features, 75 percent saw a monster, 50 percent saw themselves in the face of their partner, and 15 saw features of the face of a loved one. Don't believe it? Try it. What's the worst that could happen?

Forcing your brain to avoid needed sleep can cause some strange things to happen inside your mind. In early stages, the world can take on a sort of sharpness, as if someone turned up the contrast dial in your brain's image processor. Stay up longer, and you will start to hallucinate. Endurance athletes who compete in multi-day races on little or no sleep report hallucinations that range from the mundane to the wild and freaky -- shapes in the forest come to life, and even if the person still has enough sense to know it's not real, saying it out loud doesn't make the hallucination evaporate.

Some people chase consciousness by seeking nothing, rather than something. Float tanks are a sort of watery coffin where people pay money to have themselves cut off from light, sound, and touch. What happens next can get a little weird. "Time loses shape," writes one afficionado. "So does space. It feels as though I am slowly spinning, like the spokes of a great wheel. Then I am tipping, head lurching calmly over heels. The whole order of things gets lost. A vast country between sleeping and waking reveals itself. My consciousness is crowded, a sort of comfortable claustrophobia -- yet at the same time what I normally term 'me' is totally absent, leaving a mere cipher over which memory and fantasy wash like waves on a shore."

Music and sound is also a very common way for humans to experience and explore different mind states. One common tool to achieve this is called a binaural beat -- it is an auditory illusion where one tone enters from one ear, and a different tone through the other, and your mind perceives a pulsating third tone between them that isn't really there. Some people say that these tones stimulate different parts of your brain, and you can use them to affect your mind state in different ways, depending on the frequency. If you want to test that out for yourself, YouTube can hook you up.

Many cultures over history have engaged in ritual fasting as a spiritual or personal practice. Research has shown that occasionally starving your body of fuel has health benefits and many claim that it can also detoxify your body (evidence here is scant) and open your mind. It's true that many people report feeling particularly good on a fast, after the initial period of discomfort. Why this happens is still up for debate, although it's clear that some people seek out the mindstate created by fasting and benefit from it.

Have you ever experienced a moment where you're sure you're not yet asleep, and yet you catch your brain going off on little dream-like wanders of its own? This state of being has a name: hypnagogia. You may think this is just a thing that happens to you, but in fact it can be cultivated. The most common method to achieve this involves going to bed with one arm raised up over your head. Your brain will try to fall asleep, but just when it gets close, your arm will fall and keep you awake. With practice, it is possible to learn to stay in hypnagogia for longer and longer, and to use this state of mind to investigate your own subconscious brain.

If you tried some of these and enjoyed them, check out Get High Now, which details more than 175 methods people have used over history to enter altered mind states.