Believe it or not, since I announced that I was training to run a half-marathon, the number one question hasn't been, "Are you out of your f-ing mind?" I found that a bit surprising because -- and this might come as a shock to those that know me -- I'm not exactly the most "fit" person out there. I would think that most people who know me would assume that I was kidding with this whole marathon thing and think it was part of some elaborate joke. Like at any moment I might yell, "Color War!" and start throwing confetti and papers with team names and captains.

So shockingly, no one really questioned that. I guess they have a bit of faith in me.

Actually, the number one question I get has to do with my training habits. Mainly the 5 a.m. training run. That's the point that most of my friends have been stuck on, quickly followed by the confession of, "I could never get out of bed that early." 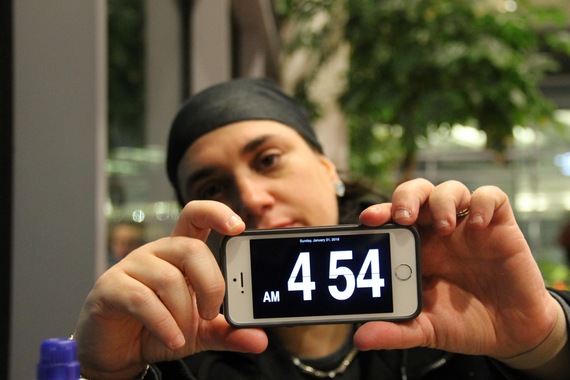 First, you need to really not want to see anybody. One the perks of running at 5 a.m. is that the streets are empty, the sky is still dark, and I don't have to care about anyone seeing my pathetic ass running through the streets and dodging spiders. It's awesome. In fact, the random car that happens to drive by actually makes me increase my speed. Especially if its a van that's passing by. A sketchy white van? I can sprint like the wind.

Second, did you see Rocky? Remember when he goes out to run and drinks the raw eggs? So, no. I'm not drinking the raw eggs, but I am definitely channelling his whole look in that scene. When I go out on my South Florida streets I am freakin' Rocky in Philadelphia. Without the steps. Or the crowds of fans. Or, you know, his pace and leg strength. But whatever. The theme song is on my playlist.

It's also a lot easier to get up at 5 a.m. when you have no other alternative. Once I publicly announced that I was running in a half-marathon, I was pretty much screwed. I had to go through with it. There is no greater motivator than the threat of public embarrassment and since there is rarely a time that I can get out at night, it's 5a.m. or nothing.

The other thing that gets me up at 5 a.m. is the whole reason I'm running in the first place. It sounds like just something you put on your fundraising page, but it's true. When you believe in what you are doing, you can really do anything. Including getting up at 5 a.m. My 5 a.m. brain is addled and pissed off. Odds are that I was up numerous times in the night and didn't get to bed before midnight. My husband and kids are asleep when I walk out the door and even though it looks like a cool night (morning?) outside, the temperature is hovering somewhere between 85 and 90 and I'm sweating before I even leave my driveway. But with all that, every single day that I am running in my neighborhood, I am straight up thinking of the money I am raising for a cause that is so important.

And having the support of my friends, including my friend who said he would stand at the end of the race with a sign that says, "I KNOW YOU WON'T SEE THIS ADINA BECAUSE YOU PROBABLY PASSED OUT AT MILE 3," really spurs me on. It isn't that I'm doing this myself. I think of every person who sent me a message of encouragement and every time I want to quit and go home, those voices play out in my head and I keep going.

Getting up at 5 a.m. definitely hovers just above one of the lower levels of hell. No question. There are days that the forces of gravity actually suck me back under my blankets and I have to claw my way out of bed, fighting the actual laws of physics. There are days that I go out on the street and before Fort Minor starts blasting in my earbuds, I have already convinced myself that I should turn around and take a "rest day."

But I go off anyway. Because the other perk about waking up at 5 a.m. to run is that no matter how bad my run is, no matter how slow my pace, no matter how many spiders I have to dodge and vans I have to outrun, at the very least, I am out there. I am trying. I am running.

I am doing something I never thought I would ever be able to do.

I'm awake at 5 a.m. And for that small moment, I have triumphed over my insecurities, my self-doubt, and the actual laws of physics and nature. At 5 a.m., the world is mine.

That's how I get myself out of bed. 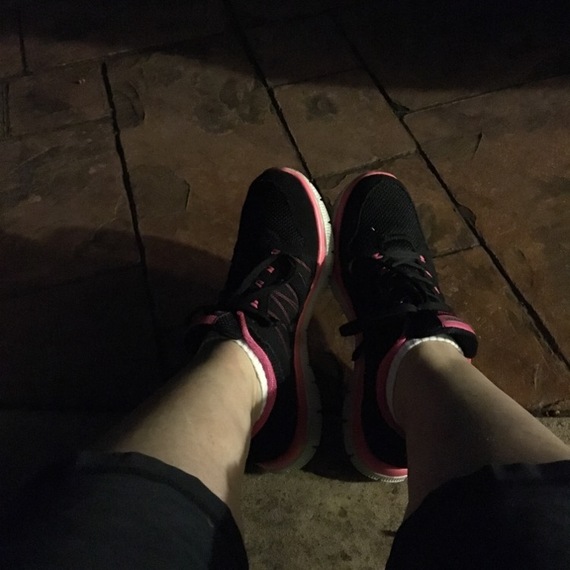 Support my quest to run a half-marathon by clicking here!

More:
healthy livingrunningmarathon trainingwaking up
Newsletter Sign Up
An essential daily guide to achieving the good life
Subscribe to our lifestyle email.
Successfully Subscribed!
Realness delivered to your inbox