The recent torrent of Kenyan Barack Obama birth certificates calls attention to the relative ease with which one can acquire forged identity documents nowadays. Say, for whatever reason, you want your own Kenyan Barack Obama birth certificate. All you will need is: (1) about $200; (2) the ability to use the internet or a telephone to place an order.

I'll take the leap that you know to use the internet: Go to superiorfakedegrees.com. Customer service manager Jamie Ross gave me a quote of $220 for a "100% authentic looking" Kenyan birth certificate.

"Our offset printers are able to replicate that older generation look," he says. "For new certificates, depending upon the jurisdiction we replicate raised ink seals, and utilize identical paper stock."

According to Ross, Superior Faked Degrees, which is based in Thailand (it's illegal in the United States to possess, produce or distribute falsified government documents), has earned about $2 million in its five years in business.

An official at another fake ID powerhouse, China's b-id.info, takes us through the steps that will yield a Birther-movement-caliber Kenyan certificate:

1. Old typewriter: Do a Google search for models made that year (if you wanted to be real exact) and then find on eBay or other online sources selling old typewriters.

2. Search online for Kenyan birth certificates (many found on Google image search) and save the image when a good one is found. If you have a real one in hand it is much more simple, but either way just Photoshop out old type, print blank, type in with old typewriter. You more than likely will have to clean the scan or image, since it will not be crisp, like a newly printed document.

4. Only step that would set you back a few days is the embossed seal. Many websites will make you any seal you want, just send them the template file.

The forgers' resourcefulness is staggering. Take drivers' licenses: They have the exact same grade PVC or Teslin on which real licenses are printed. Moreover, the licenses have bar codes and magnetic strips that will not only pass muster at scanners but display the information of your choice on the scanner's readout. Where applicable for security, the forgers ultraviolet ink. They even clone in-laminate holograms. Cost: $85.

Passports -- in sum, "designed to fool anyone," according to Superior -- go for $500, which includes a free visa stamp.

The forgers have limitations, however, like birth notices for Mr. Obama that appeared in the Honolulu Advertiser and the Honolulu Star-Bulletin in 1961, with the birth itself thoroughly documented and additionally substantiated by Hawaii's Department of Health.

The consensus: "Can't be done without a time machine."

If you still want a Barack Obama document, though, operators are standing by. Have your credit card ready. And if you don't have a credit card, Superior sells Visas and Mastercards too. 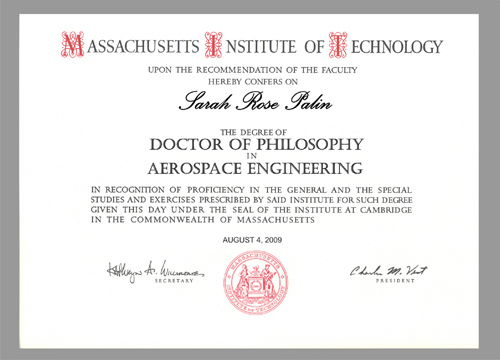 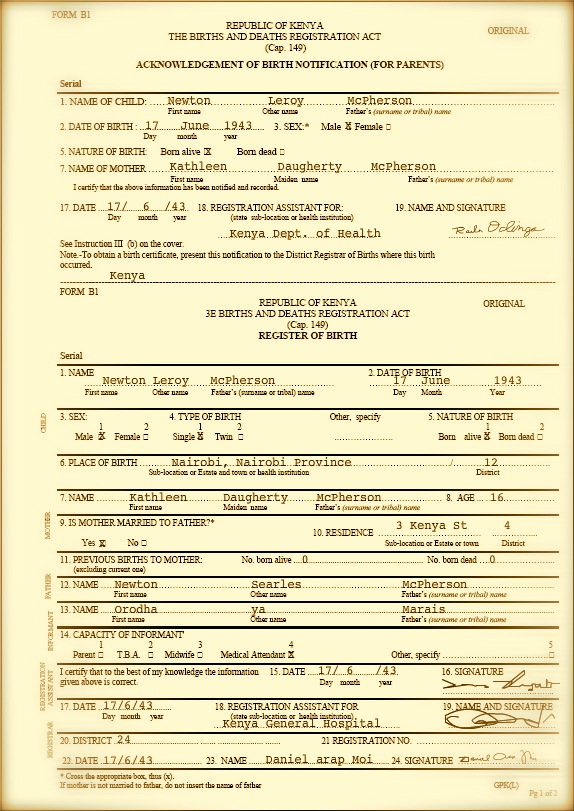 Another forgery, in all likelihood (Newton Leroy McPherson became as Newt Gingrich)