Cultural norms are confusing, but it's even worse when they're embarrassing: nobody wants to be that tourist who asks for cheese at dinner in Italy or forgets a gift in Japan.

We know how to "shush" people already, but before that, how do you greet someone in a new country? One kiss, two kisses, three kiss or none?

The rules change by region in certain countries, and they can vary between family, friends and new acquaintances -- so be prepared for anything. But if you know the basics and pay attention to your surroundings, you'll be ready to adapt when your time comes for an introductory smooch.

Avoid that awkward head swivel with this simple guide.

ITALY
Italians kiss among friends. While Fodor’s says it’s customary to start by offering the left cheek, it can vary by region.

FRANCE
The bise (yes, it’s notorious enough for a name) is complicated: Offer your right cheek as a starting point. The ensuing number of kisses will vary by region, anywhere from one kiss in certain areas to four kisses in huge swaths of the north. Just go with it. 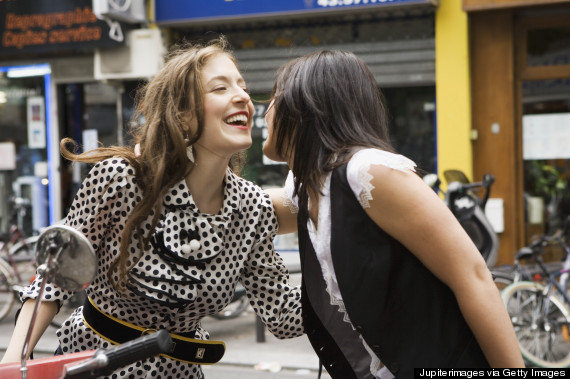 GERMANY
A simple handshake is common here, except between family members and close friends, who may offer kisses with rules that vary by region. Ever the stoic sort, some Germans have recently called to abolish the kiss, which they say snuck its way into their culture from other countries (ahem, France).

THE UK
Fancy folk might go for the kiss, inspired by the fancy European nations which surround them. But unless you want your buddy to "recoil in horror," just stick to a handshake.

GREECE
Shake hands for acquaintances, but hug and kiss with someone closer. A two-cheek kiss is almost always accompanied by a back "clap," which can tend to come out more like a well-choreographed slap.

BRAZIL
Women greet with a kiss more often than men do -- two kisses will get you by in Rio, but the official number can vary from one to three depending on where you are. Single women have been known to toss in a third kiss, even in regions where two is the norm. 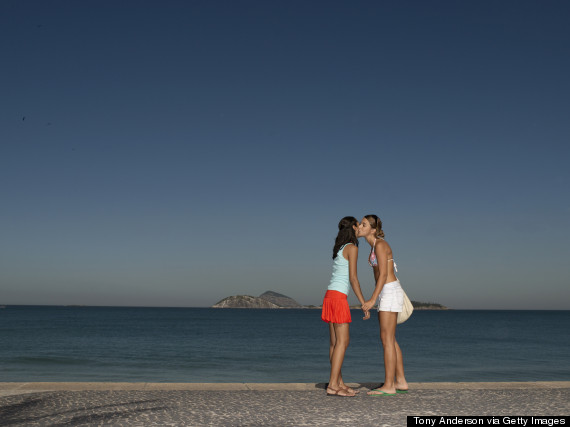 ARGENTINA
The South Americans are known to be touch-y, even to new acquaintances. Go in for a casual hug (but not a full-on embrace), with a single kiss on the right cheek.

AUSTRALIA
A handshake and "G'day" are the standard for your first meeting, but closer friends might issue one cheek kiss.

THAILAND
Press your palms together in a prayer pose, and bow your forehead to touch your fingertips. It's called the wai -- the higher your hands are, the more respect you're showing. 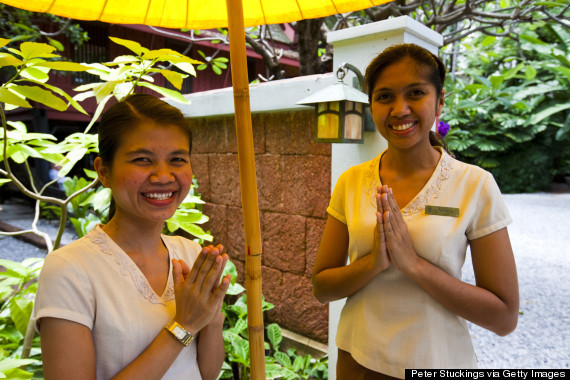 INDIA
People know to shake hands with Westerners, but if you're meeting a local and want to issue a typical greeting, place your palms together in prayer position, tip your head forward (but don't do a full bow), and say "Namaste."

CHINA
The cupped-hand bow has gone out of style in favor of the more modern handshake. In formal situations, though, lower your head to show respect.

THE UNITED STATES
A good ol' handshake will do. Or a fist bump, because they're less germ-y, and because Obama gives us permission.