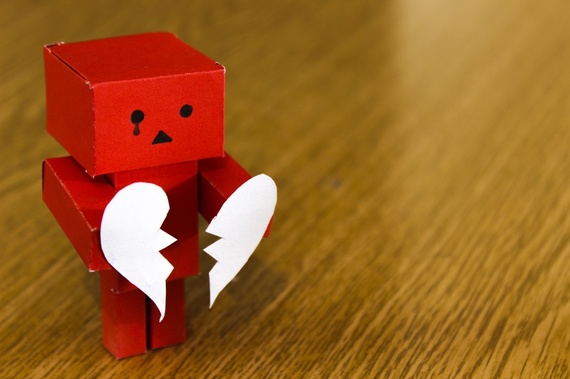 "Rejections slips, or form letters, however tactfully phrased, are lacerations of the soul, if not quite inventions of the devil - but there is no way around them." - Isaac Asimov

Rejection sucks. Whether you're a veteran with a slew of publications or a newbie pitching an idea for the first time, a rejection can make you doubt yourself and your abilities.

But perhaps it isn't really rejection itself that causes these emotions but how we handle it, and that the better we learn to handle rejection, the more we can make it work for rather than against us.

Why does rejection suck?

Rejection sucks because we take it personally. Everyone will tell you not to, that it's your work that's being rejected, not you as a person, but that's easier said than done. You've put in a lot of time, effort, and even yourself into your submission. How can you not take it personally?

We've established that rejection is difficult. So what can you do to make it suck a little less?

Worse than feeling disappointed is bottling it up or beating yourself up about it. Go ahead and schedule a "pity party" for yourself. Eat a tub of ice cream. Binge-watch The Mindy Project. Lie in bed all day. Just don't do it for more than that one day.

2. Don't force yourself to start a new project

Someone may tell you to get right back in the saddle and start working on the next thing, but if you're not in the right mood, this is useless.

Take a break instead. Work out, go for a walk, run errands, clean the house, play an instrument, meditate -- do anything you might do to get yourself out of a rut. Afterwards, you'll feel clearer and more energized.

3. Always have another project going

The Gotham Writers' Workshop advises writers to "always have a new project underway, something that will give you hope no matter how many rejections come your way for the previous project."

Whether it's revising an already accepted piece, coming up with new ideas, or working on your blog, you'll find that keeping busy, as opposed to waiting for your inbox to ding, will make rejections sting a lot less. And you may even get an acceptance for something you've forgotten about.

While you may feel totally justified in telling that editor they're an idiot for rejecting you, don't do it. There's absolutely nothing to be gained from this. You'll never, ever get a reply from someone saying, "You're right! I'm sorry! I am an idiot! I'm accepting your piece for immediate publication!!!" You'll only succeed in making the rejector hate you. Do it enough and your reputation as a jerk will spread.

Your best bet is to not reply at all. The rejector isn't expecting one, unless they've given you some constructive advice. In that case, thank them graciously, and later on, send a new idea. The fact that they've taken the time to respond shows they're open to hearing more.

Some editors take the "silence equals rejection" approach. While this isn't ideal, it's a reality. Wait at least two weeks before following up (in a patient and friendly way). If another two weeks go by and you still haven't heard anything, chalk it up as a rejection.

6. Try to get rejected

"I love my rejection slips," Sylvia Plath once wrote. "They show me I try." This Daily Mail article suggests that getting rejected may even be good for you. It "can make you more determined to prove your abilities," sharpen "your ­competitiveness," and give "you an ­incentive to prove people wrong."

One man went as far as "to spend a year trying to be rejected by someone every single day." He "smiled at strangers, asked women out on dates and arranged work meetings -- things he would have been too scared to do before."

Poet Brett Elizabeth Jenkins set out to get 100 rejections in one year, and when she completed her project, found that she had "grown as a writer, met some kickass writers, sprouted relationships with a few editors, developed a thicker skin, and learned to take rejection like a champ." And she probably earned some acceptances as well.

For even more inspiring quotes from writers about rejection, check out this post from Aerogramme Writers' Studio.

What do you do to deal with rejection?