Originally posted at The Dodo 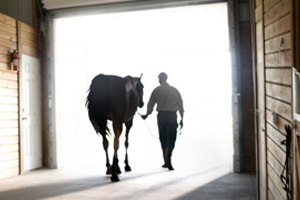 Nearly 150 years ago, ASPCA founder Henry Bergh stopped a cart driver from beating his horse, resulting in the first successful arrest for horse mistreatment on April 26, 1866. Protecting horses has been a core part of our mission ever since, but we also rely on a strong public voice -- people playing direct roles in their communities and through government to save these majestic, loving animals from cruelty and neglect.

This commitment is the driving force behind Help a Horse Day, our nationwide contest on April 26 awarding five $10,000 grants to equine rescues and sanctuaries that succeed in saving lives and raising awareness about at-risk horses. More than 80 groups in 32 states are participating -- probably some near you. Their ideas include parading rescued horses down a local main street, having a community "horse wash," running a horse-themed carnival, and hosting a rally on the steps of a state capitol. Check here to learn how you can help.

Behind these celebrations is a sad truth: thousands of equines become homeless each year through no fault of their own, and many end up at livestock auctions where they're purchased for slaughter overseas. Last year, more than 144,000 American horses were sent to cruel deaths by foreign industries that produce unsafe food for consumers.

This is why ending horse slaughter has been one of our strongest recent campaigns. While the practice is effectively banned in the United States, there's still more we can do to permanently ensure no horses are slaughtered here, or sent overseas for slaughter. You can help by actively supporting the Safeguard American Food Exports (SAFE) Act, bipartisan legislation that would end the export of American horses for slaughter abroad, once and for all.

Americans overwhelmingly disapprove of the slaughter of U.S. horses for human consumption, and it's no wonder. These are typically young and healthy animals that could go on to live productive lives. Instead, they're often transported without food, water, or rest in dangerously overcrowded trailers. Some are seriously injured or killed in transit. The slaughter process is also inherently cruel, as horses are difficult to stun properly and may be repeatedly injured or stabbed during the procedure.

Horse soring -- nothing short of the deliberate infliction of pain -- is another reprehensible practice that requires our immediate attention and action. Soring is when trainers use purposefully painful methods, including filing hooves down to the nerve and inserting sharp objects into the hooves, to force horses to exaggerate their gait with high strides. You may have seen this at exhibitions and contests, but that high step is actually the horse's flinching attempt to avoid pain. Some contests actually reward this tragic training with medals and ribbons.

See hidden-camera footage of the practice in this ABC Nightline report, and learn how you can support the PAST (Prevent All Soring Tactics) Act, which would require horse show organizers to, among other things, prohibit the use of certain devices that intensify the pain caused by soring. 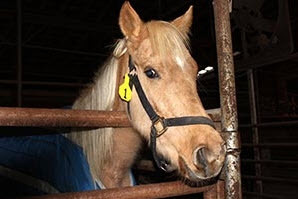 Finally, there's the equine event we're all familiar with -- horseracing. However you feel about the sport, there's no denying that the use of performance-enhancing drugs is unacceptable. The Jockey Club, the organization that maintains the breed registry for all thoroughbred horses in North America, released a study which determined that racehorses in the United States die at a rate twice that of any other country. Horse welfare advocates know that lax drug rules are partly responsible, and have called for a ban on drug use for horses on race day, including a permanent ban for repeat offenders. Unlike human athletes, horses have no say in what's injected into them for the purpose of glory and human profit.

Unscrupulous trainers take full advantage of America's weak legal protections for horses, routinely and repeatedly violating medication rules. While the European Union, the Middle East and Japan all ban the use of drugs for horses on race days, the United States has no uniform rules on the practice.

Again, there's good legislation waiting in the wings; all it needs is strong public support. The Horseracing Integrity and Safety Act would prohibit the use of performance-enhancing drugs in horse racing and improve the safety and integrity of the sport. The bill would also create "one and done" and "three strikes, you're out" penalties for strong enforcement. Learn how you can help protect racehorses by supporting this legislation.

Our commitment to horses is steadfast, and takes more forms than words alone. Last year, the ASPCA awarded $1.4 million in grants to support equine rescues and sanctuaries in 43 states and the District of Columbia. The grants were primarily awarded as part of the ASPCA Equine Fund, which provides life-saving resources -- including financial help, in-person and online training, and sharing of best practices -- to non-profit equine welfare organizations in America.

Learn what else you can do to help, including direct donations to the Equine Fund, visiting our Advocacy Center, or just by learning more, and sharing what you discover.

Horses have such a rich tradition of helping humans work, explore, play, and be simply less alone on the journey. They've been so strong for us. Isn't it time we be strong for them?