Millions of people will be inconvenienced by the blizzard hitting the Northeast, but for the most vulnerable populations -- such as the elderly, homeless and kids who go hungry -- it could have more serious consequences.

Though the storm fell short of predictions, many states along the East Coast enacted states of emergencies and travel bans. And for those who rely on social services to survive, such precautions mean losing access to food and other basic needs.

Here’s how you can help the people most affected by the storm stay warm, healthy and safe.

While most kids would be thrilled to hear that school is closed, the news could trigger anxiety for underserved students since it could mean going without food. According to the USDA, more than 30 million children relied on free- or reduced-priced lunch last year, which means they may not have access to nutritious meals during a snow day.

How to help: Concerned about the mandated street and subway closings for Tuesday, the Food Bank For New York City made emergency deliveries to food pantries and soup kitchens, in addition to all of its scheduled deliveries on Monday, Alison Nakamura Netter, director of communications, told HuffPost via email. No Kid Hungry works to end child hunger and connects children in need with nutritious meals. 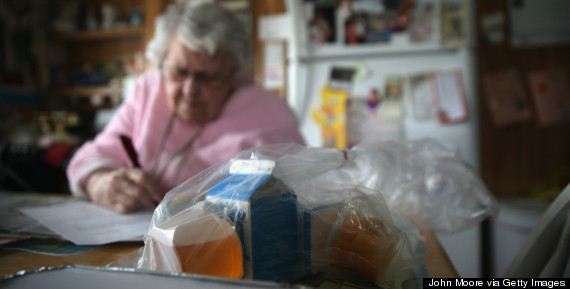 One in six Americans over the age of 60 faces the threat of hunger. A blizzard can be particularly precarious for this demographic, since they’re at a high risk for developing hypothermia and frostbite and many struggle to leave the house.

How to help: Meals on Wheels helps 2.5 million seniors and provides clients with “blizzard bags,” filled with non-perishable food items, during massive storms. On a local level, Dorot -- a New York-based nonprofit -- packed hundreds of bags of food and water supplies for homebound seniors before the blizzard hit. Little Brothers, a nonprofit that operates in a number of U.S. cities, including Philadelphia and Boston, pairs volunteers with seniors who need help getting groceries, rides to appointments and other routine errands. 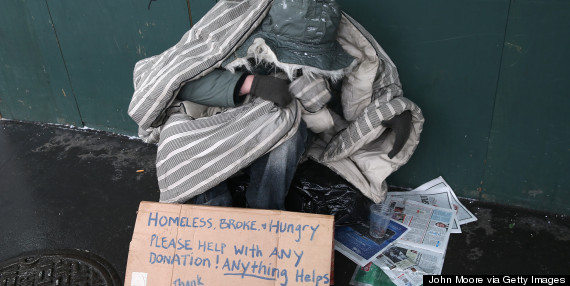 To protect people on the streets from the frigid conditions, cities have eased restrictions on whom to let into shelters and are allowing clients to remain inside during the day, which isn’t usually permitted, the Christian Science Monitor reported.

How to help: Bostonians are encouraged to call 911 or log onto Citizens Connect to report a homeless person in need of help and New Yorkers should call 311 in that situation. The Bowery Mission supports New York City’s homeless and at-risk youth. Philadelphia’s Project Home dispenses outreach workers to identify homeless people in need and provides housing, recovery and education programs.

For people with life-altering conditions, a serious storm makes an already compromising situation even more difficult because of the challenges it presents in securing food and medication.

How to help: God’s Love We Deliver prepares 5,000 meals each day for people with life-altering illnesses living in New York City, Newark and Hudson County, New Jersey. In anticipation of the storm, the group delivered “Blizzard Boxes” filled with non-perishable items, including granola bars and tuna fish. Community Servings, a Boston-based group, prepares 9,600 lunches and dinners for people with acute life-threatening illnesses. Snowcrew.org pairs volunteers with neighbors who need help shoveling their walkways.

CLARIFICATION: An earlier version of this story stated that Feeding America’s New York City partners were forced to close on Tuesday. The Food Bank For New York City’s Harlem food pantry was able to reopen by midday Tuesday.