The United Nations Office for the Coordination of Humanitarian Affairs (OCHA) called for a major humanitarian response in Ivory Coast this week, as conditions continue to worsen in the war-torn region.

U.N. Under-Secretary-General for Humanitarian Affairs and Emergency Relief Coordinator Valerie Amos stated in a press release, "There can be no peace and security in West Africa if there is no peace and security in Côte d'Ivoire. The social, economic, and humanitarian consequences of the Ivorian crisis will be overwhelming unless we give the country the support it needs."

The nation plunged into a tense political crisis in November after the incumbent president, Laurent Gbagbo, refused to concede electoral defeat to his challenger, Alassane Ouattara -- recognized by the international community as the country's president.

In the ensuing months, the people of Ivory Coast have "lived through a political crisis that has devastated their economy, created a humanitarian crisis that threatens the region, and led to the deaths of over 400 Ivoirian citizens," Bureau of African Affairs Assistant Secretary Johnnie Carson said in a special briefing on March 31.

Forces loyal to Ouattara have been engaged in fierce fighting with troops loyal to Gbagbo; in recent weeks, they have stepped up their offensive to force the ex-leader out of power. Violence escalated during the last week of March, when what has been described as a "massacre" left hundreds dead in the town of Duékoué. Both camps have been blamed for the killings.

Half a million refugees have been displaced in Abidjan, the country's commercial capital and site of some of the fiercest recent fighting; many are suffering from severe water and food shortages. According to OCHA, most of the hospitals in the area are not functioning and ambulances have been fired on when they tried to enter the city. Many civilians in Abidjan have become the victims of stray bullets when they're forced by thirst and hunger to break the noon curfew in attempts to find sustenance. More than 100,000 Ivorians have fled to nearby Liberia, which is feeling the strain of all of the refugees.

The Guardian reports that this week, Ouattara's forces launched their final assault to unseat Gbagbo, but there are fears of reprisal attacks even after the official war between Ouattara and Gbagbo ends. And the hundreds of thousands of displaced Ivorians will continue to need relief and aid.

See which organizations are aiding the humanitarian effort in Ivory Coast, and how you can help. 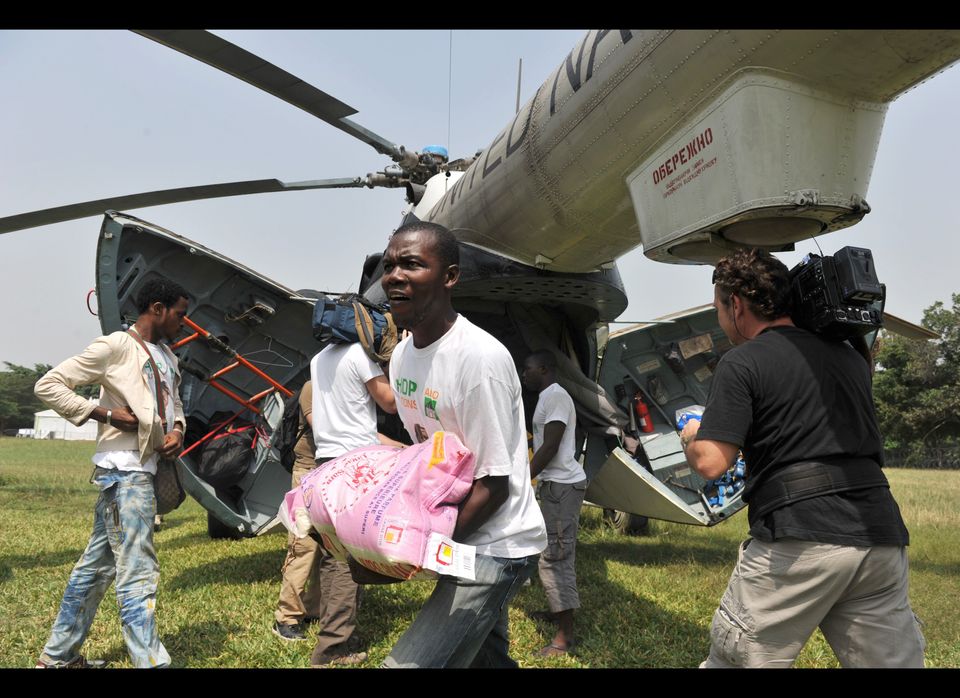