Public transport is essential for a city to function. However, cities in the Global South often encounter financial and planning challenges when developing public transport systems due to the cost and complexity of design and implementation. For example, bus rapid transit (BRT) systems often provide good connectivity at accessible prices. Yet, when implementing BRT networks, city leaders tend to overlook the importance of properly integrating the new model with existing private operators, such as private bus companies. This situation has often led to higher costs for the urban poor, poor connectivity and reduced efficiency of the entire system. Caracas, Bogotá, Jakarta and Lagos are four cities experimenting with strategies to improve the way that BRT networks integrate with other modes of transport. 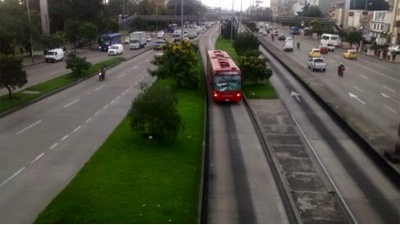 Bogotá's BRT system, Transmilenio, is often considered a successful example of public transport. Still, the BRT was implemented without a specific plan to integrate its lines with the dozens of companies that operated traditional bus lines. In 2009, a formal plan called Sistema Integrado de Transporte (SITP) was adopted to create a system that would integrate all modes of transport in Bogotá. Implemented only in 2012, SITP specifies that buses can only pick up and drop off passengers at designated bus stops and that the only payment accepted is the Transmilenio card. Older buses were scrapped and newer ones were retrofitted with larger doors. Currently, there are still about 5,000 traditional buses in Bogotá, but as of 1 June 2015 they are all operated directly by SITP, and must therefore follow its rules. The process of creating the SITP has been complex and costly but it has ensured a coherent and more efficient transport system.

In Caracas, public transport was described as uncomfortable, inadequate and disorganized. Local authorities decided to implement a national transportation plan with a BRT system, which opened in 2012. However, the lack of integration with traditional means including Jeeps, combis, minibuses and standard buses, made it less attractive the urban poor. To improve the situation, three political and administrative subdivisions brought together stakeholders to develop a framework agreement. This agreement included the creation of a transportation trust; the local government provided an initial amount to help private actors in modernizing their service. This approach enabled substantial changes in the three districts, with more than 25 transport cooperatives moving 120,000 users daily in an up-to-date, comfortable and organized public transportation system.

In Jakarta, the BRT system, TransJakarta, seems to have fallen short on its goal of improving mobility for the city's poor. The reasons for this include poorly designed lanes, expensive tickets, inadequate connectivity, and limited accessibility. To address this situation, the local government set up feeder buses for areas without BRT access and worked to improve pedestrian options. To improve the affordability of tickets for the urban poor, the government began subsidizing fares for buses traveling to Jakarta's business centers. The authorities also allocated Rp 18.75 billion to build new pedestrian-only paths and repair and expand existing paths. These policies have significantly improved mobility in Jakarta thanks to a holistic approach involving different modes of transport. 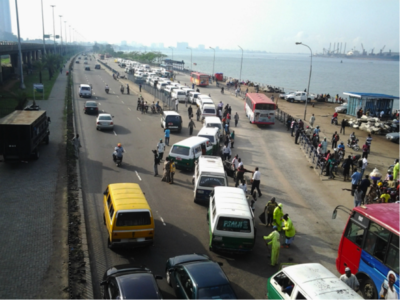 Before the advent of the Lagos BRT system, commercial buses popularly known as "danfos" and "molues" operated in the city. The bus transport system was fragmented, inadequately regulated, and lacking organization. Upgrades to the current danfo system included better management and regulation of operators, with a special focus on improving safety. For instance, a rule was created preventing buses to operate with the doors open. Danfo drivers and conductors were also required to register with a regulating body and wear identifiable uniforms and badges. Finally, a policy prohibits commercial bus companies from operating vehicles more than eight hours in a row. While more danfos now shut their doors when driving, the other new requirements have still not been fully implemented.

Check out more of the discussion on public transportation, inequality and the urban poor on URB.im and contribute your thoughts.