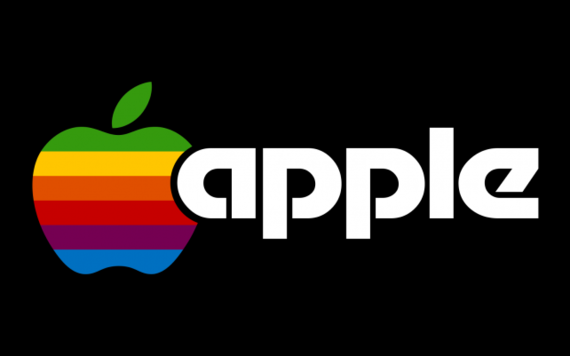 When ideas and money get together, money usually ends up in control.

This astute observation was made by Ronald Wayne, who cofounded Apple Computer Inc. along with Steve Jobs and Steve Wozniak, and then sold his shares in the company a short time later for $800.

I recently had a chance to chat with Wayne about his experience with Apple during its early days, how the multinational technology company has flourished beyond all expectations and Wayne's life post-Apple.

What controls your company: money or ideas?

Wayne's role--to provide "adult supervision" during Apple's early days--gave him a ringside view of how Apple began. During that pivotal time, Apple attracted the backing of venture capitalist Arthur Rock, whom Wayne believes is an unsung hero in the tech company's early history.

According to Wayne, Rock's most important act was knowing when to invest, and then stepping aside and letting ideas and creativity flourish. It was this wisdom that helped make Apple into the legend it is today.

Putting up capital without stifling creativity

"It has been my experience that whenever somebody with an idea, like myself, went out looking for funds to develop a product or concept, it was almost always the same," Wayne says. "The people supplying the money said, 'Hey guys, you know, this is my money. I want to make sure that it's spent right. I want control.'"

Their concern is understandable. But unfortunately, this need for control often means that the person with the money controls not only the purse of a business but also its direction and vision, which can quickly suck the creative mojo out of a startup. That could have easily been the case with the fledgling Apple, Inc., but according to Wayne, something quite different happened.

Rock had the wisdom to invest in the company--he gathered $25 million to help Apple get underway--but also he ensured that Jobs and Wozniak retained their creative freedom in product development.

Money talks, but ideas are king

"[Rock] realized that when you put money and ideas together, it's ideas that should have control," Wayne explained. So Rock made certain from the outset that Jobs and Wozniak collectively had 51 percent ownership in the company. Wayne believes that giving them so much control was the key to allowing the company to flourish and succeed beyond anyone's wildest dreams.

"Since Woz was the idea man, who also had a lot of business drive and acumen, Jobs was essentially left a free hand to run the entire enterprise in any way that he felt was appropriate," Wayne noted.

In the end, Apple was truly built by the force of Jobs's persistence and determination. Wayne believes there is no doubt that much of Apple's success can be attributed to Jobs.

"As long as Jobs was running [Apple], the concept of creativity developing the products and developing the future of the company was a successful approach," Wayne said. "One quality Jobs had was the capacity to move ideas and people around like pieces on a chessboard."

Over time, Apple sold more stock to increase funding and expand its operations. This move eventually led to the formation of a board of directors which, Wayne believes, was ultimately the company's downfall. "Jobs's ability to maneuver the company with a free hand was impeded as the directors exerted control and oversight into how the company was run."

"Was Jobs a nice person? Probably not," Wayne said. "He certainly wasn't in my own experience. But that doesn't matter. It's like Yogi Berra said, 'Nice guys don't win ballgames.' His personality drove the enterprise."

No way to predict the future

Looking back, Wayne said that he always believed in Apple, but it was impossible to anticipate the impact the company would have.

"The only thing I can say is it's remarkable. It's almost unbelievable," Wayne confessed. "Although at the time, back in '76, I had no doubt whatsoever it would be a successful product that Wozniak had created. But nobody could have anticipated it would become what it did."

During his short time with Apple, Wayne drew the company's first logo, wrote the original partnership agreement between himself, Jobs and Wozniak, and wrote the Apple I manual. After selling his shares in the company, he later accepted $1,500 and agreed to forfeit any claims to the company.

Wayne hesitates to dole out advice to those looking to get into business, for the simple fact that he feels he was never very successful in business himself. But he does understand what it takes to live a productive life and pursue something you are passionate about.

"Find some activity--profession, job, whatever it is--that you enjoy doing so much you'd be willing to do it for nothing," Wayne said. "You'll never work a day in your life because it won't seem like work. That's a pattern of advice I've followed myself all my life."

Wayne recalled working as a chief engineer for Thor Electronics. "It's not about finding a job and getting paid to work forty hours a week. It's about finding something you love so much that Sundays and holidays don't mean anything because you'd rather be at work."

He continued: "My boss came into the office one Sunday and found me at the drawing board. He says, 'What the hell are you doing here, Wayne?' And I said, 'What am I supposed to do, sit around the house?' I thoroughly enjoyed what I was doing and that's why I was there."