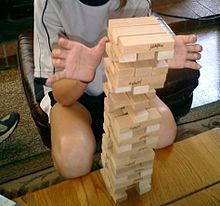 One of the worst mistakes I ever made as a green novelist was to ignore the advice of editors and friends who told me certain manuscripts needed overhauling.

I simply refused. I had put the plot on the page and given birth to the characters, and in my view these were so set in stone, I might as well have inscribed them into granite tablets. Instead of revising these earlier novels, I gave up and moved on to new manuscripts.

Luckily, in more recent years I've learned how completely some stories can--and should--be torn apart and stitched back together again if they're going to actually work as novels. By now I know that sometimes I have to perform some drastic surgeries on my manuscripts if I'm going to breathe any life into them--especially when certain characters refuse to behave or won't play nicely with others.

For instance, in the novel I'm finishing up now, Folly Cove (coming out in October 2016), I began with the story of three sisters growing up in an historic inn. Their father had disappeared some thirty years ago, so their mother, Sarah, ran the inn on her own. At the start of the novel, two of the grown daughters return due to circumstances in their own lives--the third daughter has stayed--and all kinds of dysfunctional family hell breaks out.

One year and five complete revisions later, the bones of the story remain intact. Yet, the book has undergone such a drastic transformation that the feel of it is very different (and, I hope, better). Basically, I got three-quarters of the way through the novel and discovered that, instead of just three voices telling the story, I needed four: Sarah, the mother of those opinionated daughters, had some very strong opinions of her own and needed to air them.

Back I went. I tore apart the book, inserted Sarah, and I was off and running again.

By the end of the novel, though, I discovered that another main character--Sarah's husband--needed a drastically different narrative arc. I had to revise his entire life story and, by doing so, I had to begin the novel again.

So how do you add or kill off a main character without murdering your novel?

Here's the secret: you can't just change the scenes with that character in them. You must have the patience to go back to the very beginning of the book and revisit each scene, knowing what's up ahead. Ask yourself, "How will this youngest daughter feel when she finds this out about her father later? What sort of person is she to begin with?" and write accordingly.

I'm nearly done now. Revising Folly Cove has been such an exhausting process that occasionally I've had to lie down in the middle of writing a chapter, or even a scene, and put a pillow over my head so I can focus on the simplest sentences.

But this is how writing a novel is done: one sentence at a time, or even one word. Then you go back and do it all over again. And again. And maybe once more for luck.

Perhaps I'm making it sound too onerous here. Let's try another analogy: writing a novel is sometimes like that game, Jenga, where you and your opponents remove blocks from a wooden tower, vying to see who can do it with the most skill and keep the tower standing. When the tower crashes on your turn, you know you weren't quite skillful enough. It's time to build another tower--but, all along, you're using the same blocks.