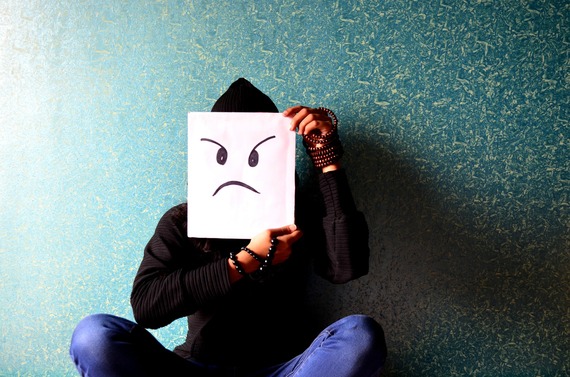 One of the least pleasant sides of management is letting underperforming, or disruptive staff go. It's never an easy thing to do to tell someone they are no longer needed or wanted. However, it is something that we need to do if we want to create high performing organisations.

Knowing if you have a problem is easy, you can just ask yourself the following two questions, which come from my favourite leadership book, Good to Great.

If they quit would you be upset, if they were available would you re-hire them?

If the answer to those two questions is no. Then you have a problem.

But knowing when it's time to let that problem go is a different issue.

For some of us, especially those like me who are problem solvers, we can end up spending too much time trying to fix the unfixable. Others can be too quick to fire, and we end up, potentially, losing good resources which we could have turned around.

Here are three signs that tell me when it's time to consider letting people go.

#1 They continually refuse to see that they are the problem and are reluctant to change.

Having difficult conversations is all part of being a manager/leader and we need to do as much listening as talking when we have this conversation. But if the person we are dealing with just refuses to listen themselves or just looks to blame everyone else for the issues, then there is a good chance that they are not going to try even and improve.

Many of us will have worked in companies where didn't agree 100% with the companies strategy, but at some point, especially after we have had our chance to give input, we just need to agree to disagree but get on with doing our jobs professionally. If people can't do that, and want to be actively disruptive, then it's time to considering letting them go.

#2 Their negative impact is bigger than the benefit of having them on the team.

One of the phrases I learnt while living in America is addition through subtraction. This is the notion that team performances will improve even when the team is playing with a player short. This is because of the negative impact of that one player on all other players. In one company where I was the manager, we had a team member who was great at doing their job, highly efficient. Their role was not only crucial but it was one that impacted many other people, and their negativity started to impact the performance of others.

It was a tough decision to let that person go, because of their expertise, but they had created a toxic environment which was impacting the work of others.

#3 They start to impact your credibility as a leader.

It's ok to have open discussions but when people are constantly questioning the leaders decisions, or making comments that undermine the leader, then it's time to take action. It can be easy just to ignore these comments or challenges, but other people see these things, and it can cause them to start either questioning your leadership or asking why you are not doing anything about it when it happens repeatedly.

In my career I haven't had to let too many people go, most have come around through conversation or coaching.

However, when people insist on being a problem, start to create a toxic environment that impacts the performance of others and they start to challenge your leadership, then maybe it's time to look to alternative solutions.