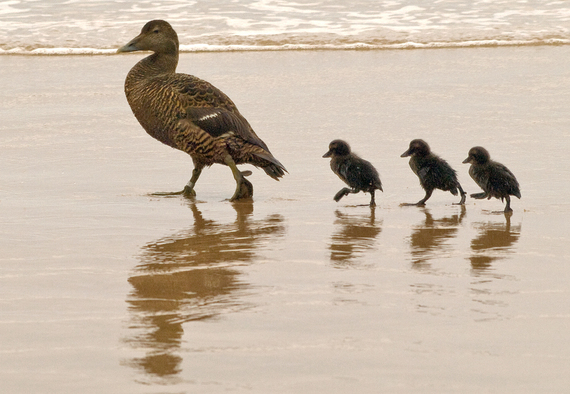 The story of leadership is often told through the lens of a single leader and a singular act -- Martin Luther King rallying crowds at the Lincoln Memorial; Eleanor Roosevelt leading the creation of the declaration on human rights; Henry Kissinger setting foot in Beijing.

This narrative, however, has obfuscated what it truly means to be a leader. Leadership is not something bestowed upon a person by virtue of a title or position, but rather the sum of a continuous series of opportunities in which a person consciously decides to display acts of leadership.

Leadership, then, is not a single act, but rather a continuous mindset to serve others. And it is therefore egalitarian -- there is no requirement to wait until being anointed a leader, in order to be a leader. Rather, it is something each of us can choose to do every day through our own actions, whether we are an intern or a CEO; a parent or a child; a contractor or a client.

As Drew Dudley reminds us in his brilliant TED talk, "everyday leadership" -- the informal acts of leadership -- are often those that stick with us the most. And there is not a single constraint to performing these acts of leadership, except for our own self-limiting beliefs of what it means to be a leader.

The bravest act is to stand up and believe that each of us can be a leader. And how different the world appears when instead of looking for someone else to give us permission to lead, we instead are constantly looking for opportunities, ourselves, to be leaders -- to serve someone else.

It's this mindset I call the art of "micro-leadership" -- when being a leader is decoupled from formal positions, and instead manifests itself in courageously pursuing small but meaningful acts of servant leadership, every day.

What does micro-leadership look like? Here are a few examples:

And it's a world completely within our reach. All it takes is to stop waiting for someone to tell us we are the leader, and instead choose every day, through our own acts of micro-leadership, to be a leader.

I hope you enjoyed this article! Sign up for a weekly inspiration email to receive posts like these on leadership, entrepreneurship and social impact delivered directly to your inbox. Join our community of changemakers here!