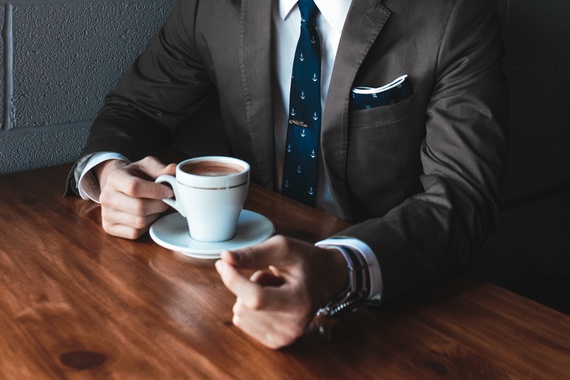 My hands were sweating as I fumbled around in my backpack. It was like the beginning of a bad breakup scene.

He was smiling and trying to keep things casual, yet very curious as to why I'd asked him to coffee.

I showed him my letter. A goodbye letter to the company because I was worried I'd forget everything I'd wanted to say without it.

It seemed like an eternity as he read through it. I nervously sipped my coffee.

Finally, he said a word, "This is a breakup letter right?"

All I could do was acknowledge it was with a head nod and shyly utter, "Yes."

You may wonder...what led me to this company breakup moment?

Towards the end of 2014, the startup I was working at had switched me over to mocking up ads and looking at data from ad analytics. It was a time where everyone in the company needed to start specializing and get really good at one thing that could move the needle at the company. This was a two month evaluation period to see whether I'd continue on with the company or not.

Sketching out the ads was fun. I would study competitor ads -- and tons of ads in general -- to get design ideas. But then I felt a bit stifled when it came to the actual ad writing since they would critique my writing style. Which, looking back, I understand the goal was to get our demographic of software developers to convert into users on our platform.

However, the larger picture was starting to emerge. This isn't what I want to specialize in.

I needed to interact more with people on a daily basis. Something like business development, sales, or account executive sounded great.

Everyday, I was growing increasingly dissatisfied and lying to myself that I cared enough to continue at this job.

It was a struggle to produce quality work, which is shitty because my bosses treated me so well as a person and as an employee that it was also weighing on my conscience.

When I went to Florida to visit my parents for two weeks, that's when it really hit home. I couldn't stay there any longer.

I didn't even know how to bring it up to them. I didn't know if I could find another job that easily. I didn't want to burn bridges.

In January 2015, I started writing my breakup letter on my laptop notes. Then, in my handwriting.

I thanked them both for painstakingly teaching me everything they know.

I talked about the two month evaluation period on the ad work I'd done.

I told them about my reflection period which was intensified by the holidays.

I emphasized that they were awesome people to get to know on a personal level but now I had to "do me" and move on.

I mentioned that I didn't have a job lined up and I wanted to talk to them about what I was thinking first.

I said that I'd be happy to stay on for two to three weeks to help them sort things out in the transition period.

You know why I cared so much about this letter?

But then I decided I needed to leave. Of course, I wanted to show them the level of respect they had shown me.

It was hard, like the breakup to the first relationship I was in. Metaphorically, it was the first company breakup I had after college.

If you are in a position where I was, here's my advice to you:

Here are other things to take into consideration:

I understand that everyone's situation is different so consider how my advice would work in your current circumstance.

You don't necessarily have to leave your job right away if you aren't comfortable with such a fast timeline. Or if you don't have a job lined up.

Also, you don't have to hand your boss a breakup letter like I did. Even if you take the initiative to write down what you say ahead of time, it will help you prepare for your meeting with your boss.

For example, with a client I recently worked with, he wrote what he planned to say to his boss ahead of time in a similar format as I did but did not bring the actual notes to the meeting. In his exit strategy, he emphasized how he'd like help the company with the transition period which could be up to two months and is also willing to help with part-time work after the two month period.

This shows that he cares about what happens at the company even though he is planning to move on. As a plus, he will make enough money to live off of as he goes through his career change.

For me, I ended up reaching out to ~70 people, having dozens of career connecting conversations (or informational interviews), getting referred into companies, and landing my next position helping run a business development team at a startup.

Now, I've moved on and I do career coaching to help 20 somethings figure out their career.

At the end of the day, the most important thing I've realized in the working world is to treat people well and not burn bridges.

Treat them how you would want to be treated and respected as a person.

If you are in a position where I was: stuck, unhappy, not sure what to do next, and curious about pursuing a new job (or even a different career), grab my 3 email templates on connecting with people at the companies you want to work for.

Curious about my background and approach to millennial career coaching? Read here.

I help 20 somethings figure out their career