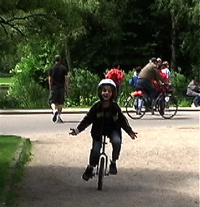 Don't come whining to me about the added burden of raising children in this economy. The truth is, having kids can be quite advantageous right about now. There are the obvious tax and welfare benefits, but that's just the tip of the iceberg. How often have I watched a friend's child unicycling through a park to the delight of the passersby and thought to myself, 'damn, give that kid a tin cup and you'd never have to work again.' Most parents have no idea the little treasures they've got on their hands.

Unless your baby has a birthmark in the shape of Christ, or can memorize a 30 second script and enunciate, infants and toddlers are pretty useless except as a prop for begging for money/help/assistance/patience. However, if you have five or more babies in this age bracket, you could qualify for a reality show, fame and fortune. Your odds of selling to a network are better the more kids you have, so concentrate on quantity rather than quality. Since each child you spawn increases your welfare benefits, you may not have to even cut back on your collagen treatments if you get busy now. If you're not particularly fertile and only have one or two kids in this age range, casting calls and frequent postings on youtube will increase the chances that your little angel will be able to pull his or her financial weight in the near future.
An idea: with the pressure of PETA and animal rights groups, horse and greyhound racetracks are closing down everywhere. Consider holding baby races to satisfy the public's betting needs. Charge admission, take wagers and watch the profits roll in. 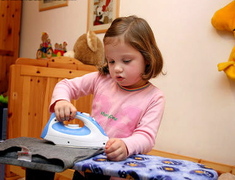 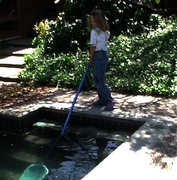 At this age, your kid is probably writing to the tooth fairy begging for a Blackberry Storm. But think about it: any kid who still believes in the tooth fairy can easily be convinced that a squeegee, rake, plunger or shovel are equally rewarding toys. They'll be washing windows, ironing, folding laundry and plunging the backed up toilet in no time. And unlike you, most children have the attention span to get the job done. Economically speaking, this means your kid can do the work your ex-cleaning lady used to do.

There's also earning potential in sending your kid out to do odd jobs around the neighborhood. Who can resist an adorable child holding an over-sized garden tool? My niece earned $5.00 cleaning a rich neighbor's pool despite the fact that the lady didn't ask for it. That's right, a seven year old girl brought home the equivalent of two Kraft macaroni and cheese dinners for her family. It was the first time my loins ever ached for a child (I think it was my loins, but it could have been my stomach). At this age, even if the kid botches the job, they'll be rewarded for trying. Now's the time to capitalize on that cuteness factor. Send your child out to play with the right "toys" and he or she will be bringing home the bacon in no time. 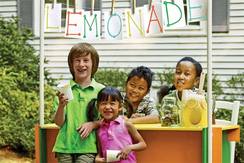 It's critical to nurture and exploit your child's burgeoning talents, interests and skills before they become gawky and unattractive. At this age, children have established multimillion dollar careers, sold hundreds of thousands of dollars worth of crappy cookies and lemonade and signed lucrative endorsement deals. Even if your kid only qualifies for babysitting, a paper route, or bullying other kids for their lunch money, every little bit helps. If your child shows no talent for raising money, at the very least you'll have a free bag of candy once a year to show for it. 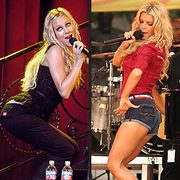 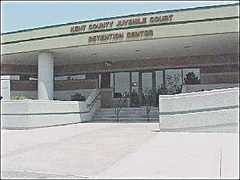 By now, if your child has shown no talent, skill or work ethic you have two choices. You can have those attributes surgically implanted and package your child as a recording artist. Or simply put your teen into a juvenile detention center until they're legal adults and you're no longer responsible for them. You save money on school, clothes, books, healthcare, shrinks, bail money and much more. There's no reason to feel guilty, your child won't suffer. In fact, depending on where you live, detention center facilities are often better than the university's. By making your teen a ward of the state, you bear no responsibility for their development or behavior. If they emerge from the facility more screwed up than when they entered, lucrative lawsuit opportunities are available. And if you're worried about the social stigma of having a child in juvenile prison, call it "the academy" and nobody will be the wiser.