There are a number of things you can do. You can walk around the streets looking as though you just smelled something disgusting, your face a permanent rictus of distress and revulsion aimed at a world that seems to be closing in around you, a mile-deep locust swarm of sex and debauchery, strange drugs and tight yoga pants, expensive artisanal coffee and gay people smooching in the street.

You can cling to musty dogma, to strict, outdated codes of conduct and belief, all dictated by very scared, very dead old men who lived many hundreds of years ago and in such a state of abject misunderstanding of the world, and God, and sex, and women, and love, and spirit, and life itself, they might as well have written a big, terrible book about it.

Oh wait, they did. Here is the Bible, a numbingly tedious tome written (and re-re-rewritten) by multiple paranoid power-mongers obsessed with genealogy, real estate, women, weird curses, genitalia, shellfish, the blood of sacrificial animals and how to appease a schizophrenic deity who loves you like sunshine one day and covers your body in painful, oozing boils the next. 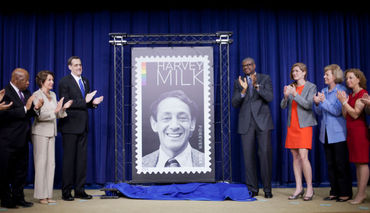 The Bible! Don't forget the parts about rape, incest and the chopping off of hands! And the infanticide! And the slavery! And the murder! And the crappy family planning!

It can get sort of bad. You can become a bit closed off, limited, so terribly myopic and small that it will soon feel like there's nowhere left to go, nothing you can buy, no one to talk to, no service you can use that isn't somehow tainted with or ruined by the sins of the slippery, jacked-up, indecipherable modern world.

What do you do? How do you handle it when, for example, ever major corporation, tech startup, first-world country, habitable city, educated human and friendly coffee shop in the land supports gay rights and women's choice, immigration and health care reform, gun bans and climate science?

How do you purchase anything at all -- food, a home, a cellphone, a car, Xanax -- when every grocery store and manufacturer in America supports causes and civil rights you are supposed to detest to the point of shouting in the streets and crumbing in fear?

In short, what do you do when the reality of the civilized world doesn't match up with your agonizingly pinched demands of same?

You have to be careful. You have to watch that your life doesn't shrivel down to near-meaninglessness, to a thin running joke, down to the size of, say, a postage stamp -- such as the one recently released by the United States Postal Service, that well-known bastion of sodomy, depravity and all that's wrong with the world.

I mean, right? They must be, given how their new stamp features the historic, grinning mug of SF's own beloved supervisor, gay rights activist and Sean Penn Academy Award, Harvey Milk.

Did you miss the announcement about the new Milk stamp? You night have, given how the USPS announcing a new stamp is like IBM announcing a new Selectric typewriter. Sweet, sad and sort of quaint, all at once.

But did you also miss the tiny hiss of outrage about the Milk stamp, too? Did you read...