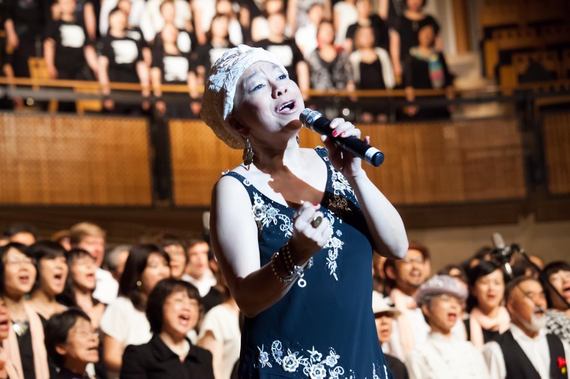 Bola Taylor, a Jazz/Gospel singer who has spent the last 20 years of her life combining her musical talents with missionary work in Japan has announced that she has inoperable cancer and will be performing her final concert on September 21st after being discharged from the hospital. Taylor along with her husband Ken have been at the forefront of one of the most curious happenings in the history of the sometimes strained relationship between the Japan and the Christian religion, the surging popularity of Gospel choirs that was said to have been launched when the film Sister Act became a surprise hit there. As co-founders of the Hallelujah Gospel Family, the Taylors have led thousands of Japanese into the experience of singing in Gospel choirs for themselves. 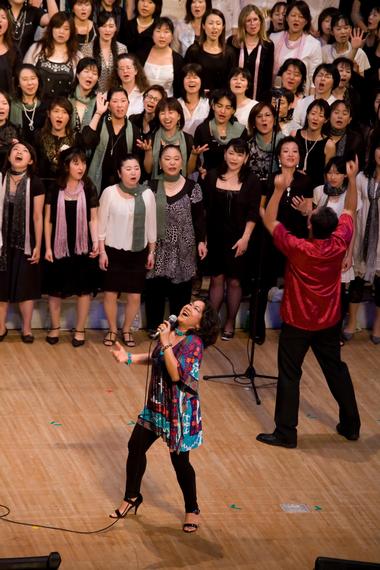 But watching this talented performer come to terms with her fate on her Facebook wall has been a profound experience, for in death we face the great equalizer and it is in that valley of the shadow that we learn not only what people are made of, but also whether the religious devotion practiced in church, temple, shrine, synagogue or mosque are mere words or something that truly taps into the power of the Divine.

While I'm sure there are those who can put on a brave Facebook smile and, caught up in religious delusion, spout words of fake hope about the endless glories of heaven and such, as I watch Bola grapple with her prognosis I don't sense any of that. She is grounded in reality-the reality of leaving behind work she has loved, three devoted children and a husband who didn't bargain for any of this.

"By now, you must have heard the news," she posted recently, of her doctor's grim report. "His face was somber as he tried his best to tell Ken and me in English and Japanese. "Inoperable", "untreatable," "palliative care," is what I caught. 'Wait a minute! Dude, did I just lose something in translation? You sure you're talking about me? What happened to Japan Pride, Don't worry, I will take care of you!' My heartbeat was unusually steady, as I very calmly listened to the rest of his explanation, possible options and the next steps we could be taking. Turns out, during my six week recuperation from surgery, my pesky cancer cells made the uninvited return with a vengeance. Most of you know that I am stubborn and headstrong. What are the chances that the cancer I would get would be the 1.1% that is resistant to treatment? Call it what you want but at least I'm consistent." 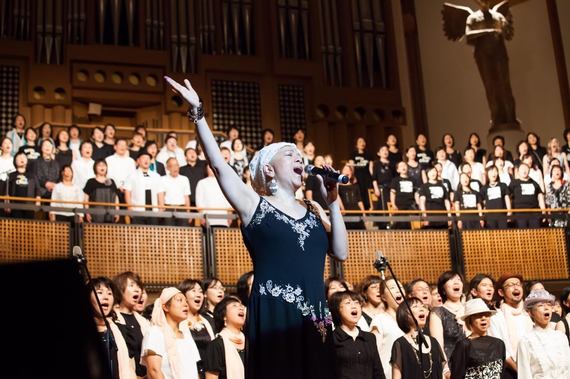 "How is my heart in all this you ask?" she continues. "You know the unexplainable peace that can only come from God? He has apportioned me abundantly. He's spared me going through the usual stages of grief and allowed me entry into the acceptance phase without fanfare. I suspect that should I have gotten stuck in denial, anger, bargaining or depression, it would not have been pretty. I told the doctor there is a 4th option to my condition. It's called a miracle. Should the Lord decide to heal me in that manner, I have no doubt He could do that. I just hope his heart is strong enough to take the shock!"

One of Japan's best, novelist Ayako Miura once said this about our great common enemy, death: "Our last, great mission in life is to die well."

Bola seems to have that covered as she shares openly about her difficult journey through photographs and updates: 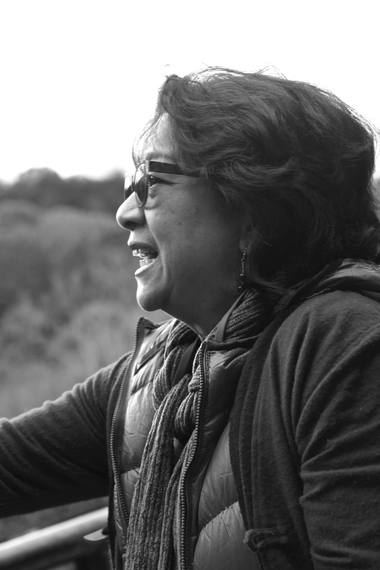 "I know where I'm going - just make sure you get there too," she writes. "I pray I've lived well according to God's plan. I pray I die well also and show people the confidence you can have if you have Jesus as your Redeemer. He's prepared a place for me and now I'm preparing to take that First Class one way ride to Glory! I'm excited!!!"

On September 21st, at a jazz club in Tokyo called Satin Doll, Bola will be marshaling her remaining strength to give the final concert of her life and her friends have arranged for the whole world to cheer her on. I'll be watching. Those interested in joining can view the Live Streaming here.