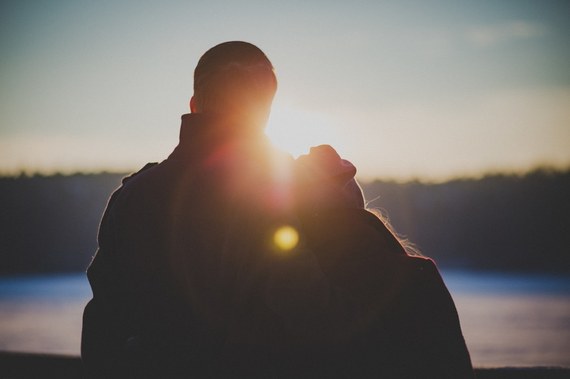 "Tim, why can't you ever get home on time? You know I need your help with the kids, especially today, when they've been sick and I've been home with them all day."

From the other room, Tim rolls his eyes and thinks, I can't even get into the door before she starts into me. Doesn't she realize how hard I work?

In the other room, Heather's thinking almost the same thing: Doesn't he realize how hard I work in taking care of the kids?

Heather's modus operandi to change her husband's behavior is rooted in verbally guilting him into action (which seldom works). Tim's typical response isn't quite so benign.

Rather than speaking with her adult-to-adult, he chooses to let anger rule his responses, and this anger comes out in a surprising number of ways. Tim isn't aware of it, but his anger is a subtle way that he's trying to change her behavior.

As Tim walks into the kitchen, Heather hands their youngest child to him. They don't speak. Tim takes the two-year-old and walks into the living room, plops down on the couch, turns the TV on, and tunes out the world.

He hears Heather say something from the kitchen, but doesn't respond, again. She repeats herself, twice, and finally, weary from the day and tired of being heckled at home for his seeming laziness, Tim erupts. "I AM NOT LAZY. I'm just ... tired. Can't I take a break?"

Tim walks into the kitchen with their two-year-old, places him in his high chair for dinner, then quietly tells Heather, "I can't take this right now. I'm getting out of here for a bit."

The Problem with Trying to Control Others Through Anger

The fictional story above likely represents far too many households across the country. Partners living together for years on end eventually settle into a routine, and if that routine includes either partner seeking ways to control the other (even if those ways aren't exactly intentional), the relationship is headed for conflict if not full separation in due time.

Anger attempts to control others through responses like Tim's: distance, passive-aggressive behavior, avoidance, and raising one's voice. While Tim may not agree, what he's doing is actually his way to try to control his wife. If I leave for a time, maybe she'll be nicer to me. Maybe she'll understand that it's her words that keep chasing me away.

But, for a number of reasons, this is not a loving response. Chief among those reasons is that Tim doesn't place the health of the relationship above his own feelings. In a close second, he places the onus of the relationship's problems on his wife when he certainly has issues he needs to deal with first.

So how can someone like Tim learn to love despite, and maybe even through, his anger?

How to Love Even When You're Angry

In order to learn to love even when you are angry, you need to first must learn how to be kind and direct. This is what Tim could choose to do the situation above.

He can still feel angry about their circumstances, or even frustrated about how his wife treats him, but he needs to learn how to talk about what he feels with his wife in a mature, adult way instead of constantly running away from such conversations.

First, Tim needs to take a moment by himself and consider basing his feelings and subsequent actions on thoughts like:

●We're on the same team.
●I want to have her best interests at heart.
●I'm not going to personalize her every criticism of me.
●Even though I'm upset with her right now, I still want to stay connected to her in love and not shame, criticize, or judge her.

Then, Tim needs to allow the best version of himself to show up and speak honest words to his wife: "When you're short with me, it's hard for me to not react in anger or even want to leave sometimes. But I know that only makes the problem worse because then we don't talk about. Well, I'm trying to talk about it right now. Now that I've told you how I feel, what can we do to work through this together?"

One of the goals of any healthy relationship ought to be learning how to love someone even when they upset you. You can still feel angry about their decisions, but a mature adult chooses to handle that anger in a constructive manner so that they can experience personal growth and see the relationship ultimately thrive.

How do you typically handle frustrating or angering moments in your marriage?

How might the steps above help you and your spouse better communicate when anger is in the air?

For more info on healthy marriages, pick up a copy my book The Stories We Tell Ourselves. Feel free to email Scott.