When is the last time you changed the world and made a profit at the same time?

Chelsey is a new friend of mine who helps lead Medicare Operations at UnitedHealth Group. I know health insurance companies are about as popular as airlines, cable operators, or the IRS. I've had my own choice words for them in the past when I endured seemingly endless runarounds to get what I believed was reasonable treatment for myself or my family.

But Chelsey's story illustrates beautifully how a switched-on leader can find opportunities to serve the common good and the bottom line at the same time, even in an industry many assume is only driven by profit. Her division has roughly 8000 call center agents mostly serving Medicare Advantage members. If insurance companies understand one thing, it's numbers. For years, the numbers told them that they could save a lot of money if their members would get routine and early screenings for common diseases such as colon cancer and breast cancer that often afflict these populations. Early intervention is generally more effective and much less costly than dealing with a late stage diagnosis.

While these numbers were well known, UHG was frustrated with their progress in getting members to get these screenings. Like most of us, senior citizens tends to ignore written pleas. The best chance to influence them is to have personal contact with them, especially with someone who has insight into their medical condition.

Not so fast. The insurer tried many ways to get call center agents to have these conversations. They gave agents talking points to pitch with members focused on the Star rating system Medicare uses to evaluate program quality. They emphasized the value to the company of getting members to be screened. They even put incentives in place for employees. No dice. Despite all of management's efforts, the call centers were only generating 450 screenings per month.

The team thought about what motivated - or could motivate - a call center agent to have a personal, slightly invasive conversation on a topic that most of their members would rather not have. After all, "Would you like a colonoscopy today?" is a little different than offering someone fries with their burger. That motivation was probably not the company making a lot more money. Most call center agents feel galaxies away from the corporate suites where financial returns matter. 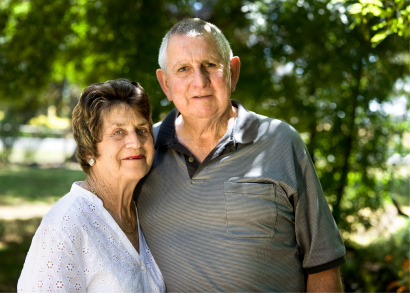 But maybe, just maybe, focusing agents on saving lives would grab their attention more than saving a buck.

That's how the Save a Life campaign started. Over the next few months, the leadership team clearly communicated the facts to the call center staff. In small groups around the company, senior leaders shared the potential impact a call center agent could make in the lives of members by scheduling preventive care appointments. The leaders themselves connected emotionally to this effort - and dared to show that gut level passion to their people.

This changed everything for the employees. They started to see their job not as just any old call center rep, a role most people don't aspire to as they grow up. They began to view themselves as advocates who were saving lives of their members. Agents talked to Chelsey and her team through tears as they began to understood the power of their role.

The numbers were impressive. Over the course of the campaign, the call center operation went from generating 450 to up to 38,000 screenings per month. Yes, this will save UnitedHealth Group a boatload of cash. That's good for the company and its shareholders - and not too shabby for the broader healthcare system. But if the actuaries' numbers are correct, they've already saved hundreds of lives this year that would have been unnecessarily lost to these diseases. Members have written numerous notes - some even the old-fashioned hand-written ones - expressing thanks for how the company has helped keep them healthy.

As icing on the cake, there was an unanticipated benefit. The employee engagement scores for the call center team rose by a staggering ten points on a 100-point scale. Anyone who operates a call center will tell you that keeping agents engaged in what can sometimes be repetitive and thankless work is super challenging and incredibly valuable since engagement is one way to reduce costly turnover. They'll also tell you that bumping your scores by ten points in one year is beyond remarkable.

Working for the good of others and making a profit don't have to be mutually exclusive. Doing both requires switched-on leaders who reject the notion that organizations are machines and that people are purely coin-operated. That leader could be you.