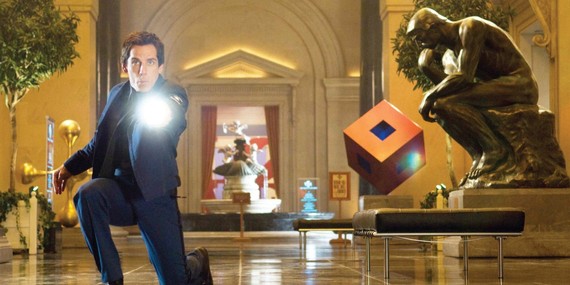 This article originally appeared on Fatherly. For more advice on fun stuff to do with your kids, from ridiculously overqualified experts, check out the rest of Fatherly's 940 Saturdays.

Even the fartsiest of artsy adults have gotten bored at a museum before, so you can't really fault that kid who's more interested in his boogers than the rare Rothko he's picking his nose under. Give your kid a bad museum experience, and they'll forever consider it a chamber of boredom. Make it fun, and you'll instill a lifelong interest in culture, nature, history, art, and fugly Renaissance babies (more on that in a minute).

The first step to an exciting museum experience is to avoid about 90 percent of the stuff there. "You don't have to see everything. It's just important to focus in on a few key areas," says Tyler Vawser of Museum Hack, a private tour guide company that customizes experiences for small groups. Vawser is in charge of making sure his Hackers can entertain any kind of group, from bachelorette parties to corporate team-building to their Little Hackers program, which is designed for families with kids as young as two.

"As soon as they can understand stories, kids can appreciate everything from outer space to the artwork," he says. So grab your little fairytale-lover, and walk this way (meaning a Quasimodo walk. You're a child's tour guide now). 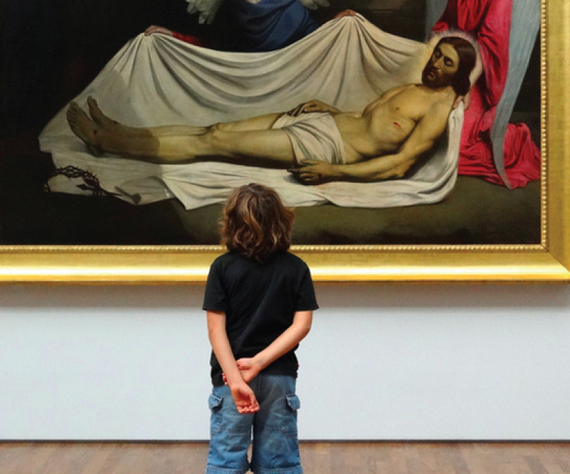 Start With A Museum Featuring Animals Or Dinosaurs
Any museum can captivate a kid if you approach it right -- whether it's the Louvre or the Museum of Tap Water (an actual thing) -- but introducing your kid to life-sized creatures will increase your odds of success early on. "Dinosaurs and animals can be easier because kids have a natural fascination with them," Vawser says.

Seek out animals your kid loves or has stuffed versions of at home, and engage them with questions instead of simply letting them gawk. Can they think of any movies starring mammoths? What do they think the monkeys are saying about the zebra below? Kids want to talk about animals, so give them a reason.

Do Your Homework
In a perfect world, you'd visit the museum before taking the kid so you could map out the day; also in a perfect world, you wouldn't be working 50 hours a week. Fortunately, museums have what are known to insiders as "websites," so preview the collection online and then plan like a pro: 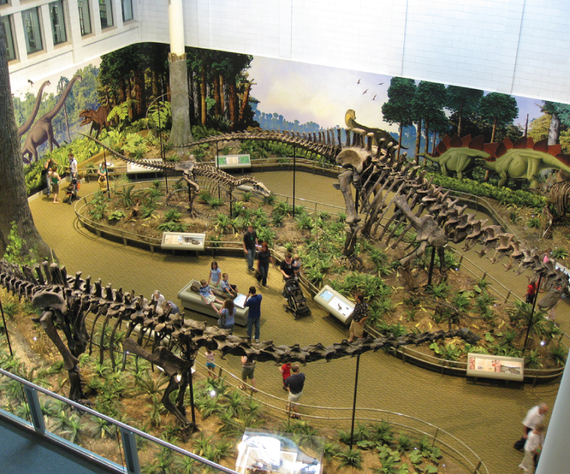 Bring Props
You don't want bathroom breaks to be the only reprieve your kid gets from staring at inanimate objects, so find a way to break the monotony that's more fun than peeing. "The more you can get kids to move around and engage instead of just look, the better," Vawser says. 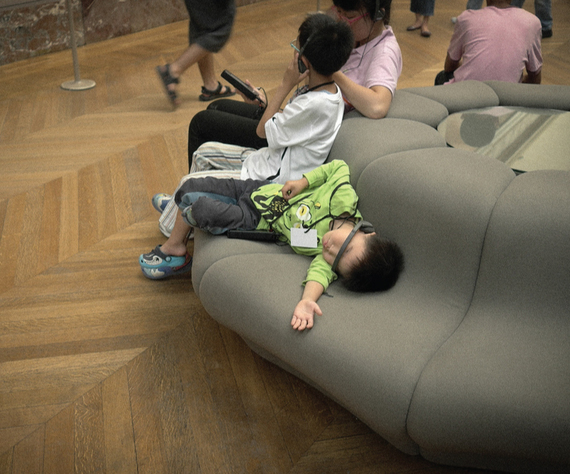 Forget The Facts And Focus On Pace
Your kid isn't interested in that little description box under every piece, so don't worry about it. "Kids don't care if the painting was made in 1912 or 1945," he says. And they're not going to remember the difference between periods, whether it's Mesozoic and impressionism. But they'll listen closely if you whisper those cool facts you committed to memory beforehand. "Try to alternate between really excited and doing action and whispering to get them to lean in," he suggests. You'll know you're doing this well if everyone else in the gallery is looking at you funny.

Keep the whole tour under two hours, and don't be afraid to cut it short when your bag of tricks loses its magic. The only important thing is that your kid walks away with memories of "museums" filed mentally under "fun." If all attempts fail to entertain, don't forget your greatest trick of all: misshapen, mopey, pissed, pudgy, and geriatric-faced Renaissance babies. Seriously -- Vawser swears that kids love those things.