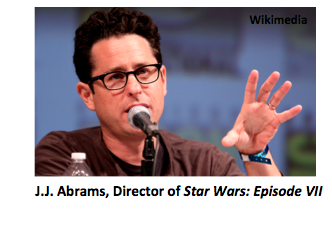 Recently, Disney announced that the new batch of Star Wars movies will feature standalone "origin story" movies. This has brought hope and terror to nerds everywhere. On one hand a young Han Solo film could be fantastic. However "origin stories" feel a lot like "prequel films." And we all know how that well that worked last time.

This has prompted the simple question, how can Disney recapture the classic Star Wars magic? If Disney really wants to reclaim the magic, here's one piece of advice backed by scientific research: keep things uncertain and mysterious.

Research by Harvard psychologist Daniel Gilbert and colleagues shows that uncertainty can be enjoyable, and can even magnify a positive experience.

The original trilogy was full of delicious uncertainty. Who was Anakin Skywalker? Who were the Jedi? What is the Force? And why did Darth Vader tell Boba Fett, "No disintegrations"?

Though we wanted to know the answers to these questions, part of the cinematic joy of Star Wars came in not knowing the answers. When people can make complete sense of something, they no longer get the same sense of surprise and wonder from it.

In an enlightening experiment, Gilbert and colleagues found that after people received a random act of kindness (e.g. receiving a random dollar coin), they were happier if they could not make sense of why it had happened. Sometimes it's just better to not know where things come from -- a point that comedian Patton Oswalt has made explicitly clear about the Star Wars prequels.

In contrast to the original Star Wars trilogy, the prequel Star Wars trilogy ignored the power of uncertainty and instead insisted on showing every detail in "glorious" CGI. The prequels stripped away the mystery of many characters and in a single line committed one of the greatest sins ever -- when Episode I star Liam Neeson explained that the Force is just cell biology.

Luckily, the man at the forefront of the new Star Wars movies, J.J. Abrams, loves uncertainty and has made a name for himself as the "mystery box" guy (e.g. through Lost, Cloverfield). Abrams understands just how important it is for people to leave the theater with questions (e.g. "what is the Force?" or "what will happen next?"). If executed correctly, these questions can intensify and elongate the positive experiences we have with a movie.

With the upcoming Star Wars films, we are left with the question of whether we will get something like Abram's Star Trek or Snyder's Man of Steel: films that were solid and "cool" but lacked any sense of wonderment, magic, or inspiration like the original Star Wars.

What will come of these new Star Wars films and trilogies? Difficult to see the future is. However, nerds everywhere can hope that the forces of a little bit of psychological understanding and storytelling will be guiding Disney, and not just a special effects budget.

Troy Campbell is a Consumer Psychologist at Duke University's Fuqua School of Business and The Center for Advance Hindsight. He studies how and why people enjoy the things they watch, buy, and consume.