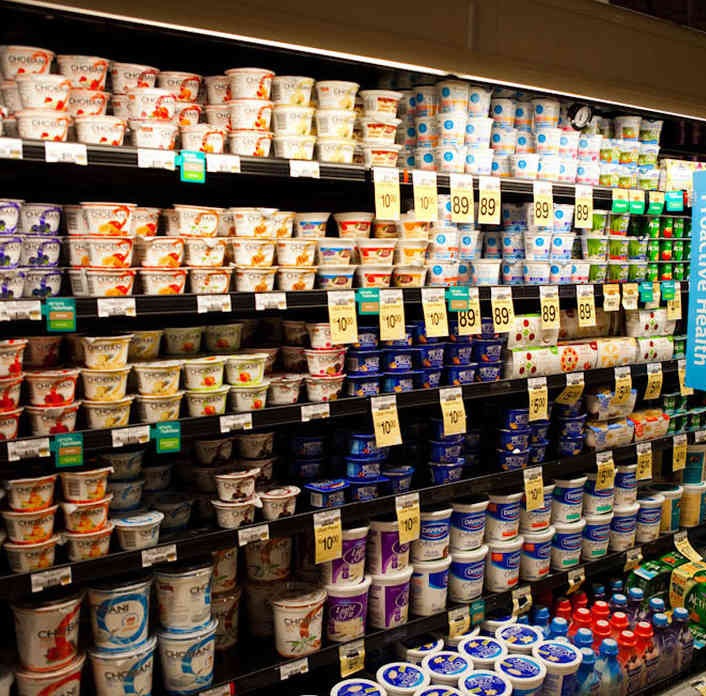 Long before Greek yogurt lined the shelves of every supermarket in America, it was a staple in our home. My yiayia (Greek for grandmother) had a ceramic crock that she brought with her from Greece. She used it to make the most wonderfully thick and creamy yogurt. She would often slather it on top of her homemade sesame bread and give it to me as an after school snack. In the mornings she'd serve it with fresh fruit and honey. Once I was fully grown and had become a chef, I discovered that this diverse ingredient was also a perfect replacement for fatty oils in cakes.
Needless to say, I wasn't surprised when Greek yogurt became so wildly popular. It was about time that the world discovered what my yiayia, and fellow Greeks, always knew. Nothing beats a bowl of Greek yogurt!

But what is Greek yogurt and what makes it different from other yogurts? There are many yogurts on the market that claim to be "Greek." In making Greek yogurt you strain off the whey (the watery part of the milk that remains when the milk curdles). Because you remove the whey, the yogurt has less sugar, fewer carbohydrates and more proteins... not to mention that lovely thick texture! The end result is a yogurt that is a superstar food when it comes to health and nutrition. Unfortunately, because the term "Greek yogurt" is not regulated, there are plenty of brands on the market that have not been made the proper way. You don't need a yiayia with her ceramic pot to make authentic Greek yogurt, but here is what you do need. First, you need to have a pot, some cheese cloth, live yogurt culture, and some room in your fridge.

Pour the milk into the pot and bring it almost to a boil over medium-high heat. Once the milk begins to bubble around the edges of the saucepan, remove it from the stove, cover it with a lid, and set aside.

Allow the milk to cool for about 45 minutes. After about 30 minutes, turn the oven on to its warm setting, or to 110°F. To test the milk temperature (it needs to cool down to about 110°F. ) simply insert your finger tip into the milk. Once you can hold it there for 10 seconds without it burning you are at the right temperature. Alternatively, you can use a thermometer (but yiayia never did). Next, stir the yogurt culture into the milk. 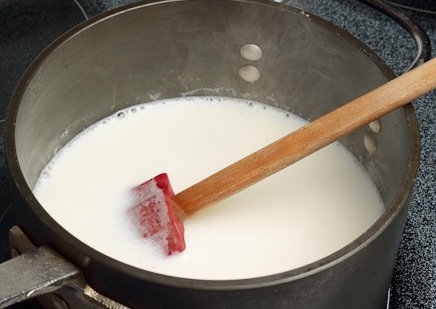 Cover the pot with the lid and place it into the warm oven. Do not allow the temperature to rise above 110°F. Leave the yogurt in the oven for 5-10 hours, until the mixture begins to thicken and congeal. Check on the yogurt periodically to see if it has thickened and to test the temperature (again you don't need a thermometer, just use the tip of your finger like yiayia did). Once the mixture has thickened, remove it from the oven. 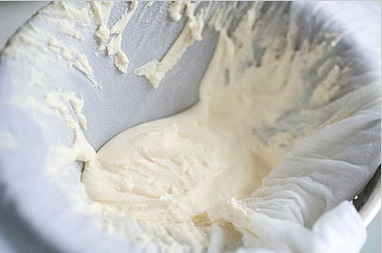 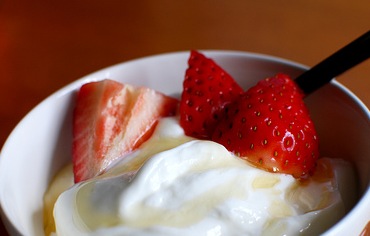