Mormon missionaries have become so much of a cultural joke that there is a Broadway musical about them. Everyone knows what Mormon missionaries look like: classic dark suits with white shirts and ties, and that iconic name badge with "Elder Last Name" or "Sister Last Name" and the full name of the Mormon church: The Church of Jesus Christ of Latter-Day Saints. Mormon missionaries are always trying to get you to take a copy of The Book of Mormon and to tell you about their crazy cult, right? They just want to get you baptized so you count toward their points to heaven. And so the only thing to do is to close the door in their faces or run away and hide. If you don't, they're sure to bore you for the next three hours talking about Joseph Smith, their special bible, and getting married in their secret temple ceremonies. 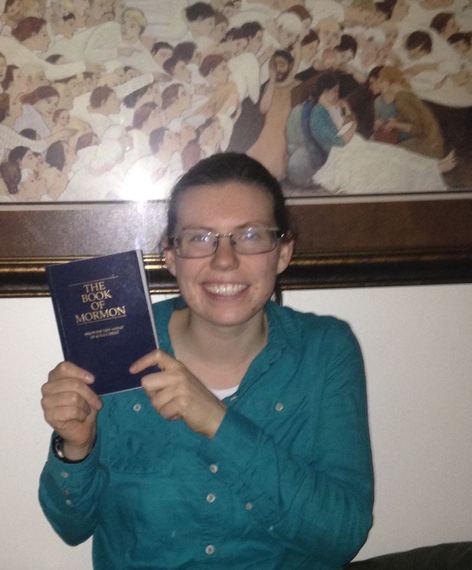 I know all the clichés. We Mormons sometimes make fun of them ourselves. But as a mother whose daughter recently returned from the Houston, Texas mission, I've found that I have new insights about what is the best thing to do in various situations. 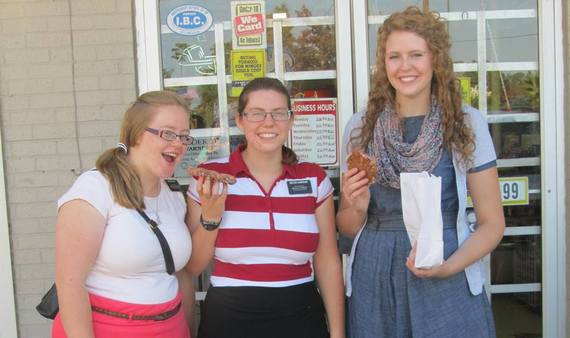 A few facts about missionaries that might help you understand who they are and why they do what they do:

3. Missionaries are supposed to live on a fairly strict budget during their mission. With this money, they buy their own clothing and food, have a limited number of miles they can use if they have access to a car, and often have no money/miles at the end of the month for food.

4. Mormon missionaries are only supposed to do work related to their mission except on "P-day" (once a week they have a preparation day where they can dress down a bit and do laundry, but they still have a lot of rules they're following). They really can't just sit down at a restaurant to go to lunch unless they're teaching the gospel. They can't go to movies or other entertainment.

5. Mormon missionaries aren't supposed to talk to family and friends basically for the course of their entire mission. For sisters, that's 18 months; for elders, it's two years. That's a long time for kids this age to go without family contact. They can email once a week only. And they get to Skype or make a phone call on Christmas and Mother's Day. That's it. They can be very lonely and crave some kind of positive human contact.

6. Mormon missionaries have VERY little training in theology or religion. Since they're only high school graduates, you can imagine. Sure, they've been in Sunday school all their lives and they've taken a four year course in high school called "Seminary" (most of them). They also spend a few weeks at a Missionary Training Center (MTC) where they are taught the basic lessons to offer investigators. They're not interested in sparring with people about religious history or doctrine.

7. Hundreds of Mormon missionaries are watched over by a Mission President and his wife, kind of a mission "Mom" and "Dad," who watch over them, call them to talk about problems, and enforce a lot of the strictest rules in hopes of preventing the biggest problems they see happening (the elders and sisters dating, for instance, is a big no-no).

8. No one physically forces someone to go on a mission, but there is a lot of cultural pressure to go, especially for young men. Not every Mormon missionary is gung-ho and some are suffering with real mental illnesses, diagnosed or undiagnosed. Young men who don't go or go home early suffer stigmas for the rest of their lives. This is real and not something I'm particularly proud of when it comes to Mormonism.

9. Mormon missionaries are supposed to be with their companions. All the time. Every day. They can't go anywhere without their companion. Yes, I'm serious about this. When my daughter came home, it took her weeks to get used to the idea that she could go places on her own.

10. Mormon missionaries often eat only at the homes of members or those who invite them over to teach. This means they are often at the whim of other people's tastes. It can be very difficult for picky eaters or for anyone who wants to eat healthy.

This may sound like a horrible situation to be in, but compare it to Boot Camp if you're joining the army. There are a lot of similarities. Mormon missionaries are doing something very difficult for an extended period of time. They have given up a lot of their choices and are told that they will be blessed by God for doing so.

Some missionaries come home and say it was "the best two years" of their life. Many don't. Some leave the church after a difficult mission. Some really grow up and go on to lead more productive lives. Missionaries are not all the same, despite the fact that they look the same to outsiders.

If you truly do NOT want to listen to any lessons about Mormonism, here are some suggestions:

1. Don't say that you're not available right now, but that you'd love to listen if they'd come back at a later time. This happens to all missionaries and you're probably just trying to avoid being rude, but missionaries are absurdly hopeful and they will keep coming back for quite a while.

2. Instead say that you're not interested. Say it kindly and politely, but be honest. Say you already have your own church you're happy with. Say you don't believe in God. Say you don't like organized religion. (I don't recommend saying that you know that Mormons are polygamous and you don't want to join a cult--the missionaries will feel obliged to correct you about this.)

3. Don't make an appointment with a missionary at a time when you know you will not be home. This may seem like an easy way to get out of having to tell them you're not interested, but it's rude. Missionaries always follow up on appointments and sometimes they will either walk or bike to your house and find you not there. Then they will have to call and hound you to find out why. It's just easier to say no to begin with.

4. If you're curious about Mormonism, but have no interest in joining, you can be honest and upfront about this as well. Missionaries can decide for themselves then if they have time just trying to build goodwill with non-members rather than trying to find someone who might be more genuinely interested in joining.

5. More and more, missionaries are encouraged to make appointments as much as possible and do less street "tracting," which has been proven statistically to be less effective. This means that if you have a Mormon friend who has asked if you'd like to hear more about the gospel, it's likely they will have you meet missionaries in their home rather than teaching you about it themselves. "Every member a missionary" is a common phrase in Mormonism. Some Mormons are more fervent in their attention to this duty than others.

6. If you've had lessons from the missionaries and are not interested in more, again, please be up front about this. The missionaries will be sad, but it's better than them spending hours over the next few months trying to follow up.

7. You may feel like it's best to confront missionaries with the "truth" about Mormonism, telling them about Joseph Smith's multiple wives, or other horrible things you've heard about the church. You may think that you're being kind to them by helping them get out of the "cult" they're caught in. I really don't think this is helpful. Most missionaries have grown a pretty thick skin about anti-Mormon stuff and won't listen to you at all. You can find members who are more willing and able to deal with walking you through some of the messy parts of the church's past.

Of course, you have no obligation to help out Mormon missionaries you see. But if you worry about them, here are some things you can do to show kindness without suggesting that you want to hear a spiritual message:

1. Offer a drink of water, especially in the summer time. (They can't have iced tea or coffee, however. Some will refuse a Coke because it has caffeine, but other soft drinks should be fine.)

2. Smile and give some words of encouragement.

3. Watch out for them or give them some words of warning if you feel that it is necessary and they are, for instance, going into a dangerous neighborhood.

4. Ask them about genealogy. Even if you're not interested in hearing about the "gospel," missionaries can and will show you how to use the Mormon church's genealogical resources, which are huge. It counts as missionary work even if you're just researching your family history.

5. You can offer to give them a ride somewhere if you see them walking. Especially if it's the end of the month and they're going a long distance, they may not be allowed to use their car if they've already gone too many miles in it.

I am so grateful for people who treated my daughter well and looked out for her on her mission, non-Mormon and Mormon alike. I don't particularly care how many people she converted to Mormonism. The experience was a wonderful one for her, and I think it made her more optimistic about humanity, more comfortable in her own skin, more confident talking to strangers, and it gave her a pool of friends who have shared the same experience and whom she will never forget. That's what I'd like for all Mormon missionaries out there. If you're a non-member, you don't have to spend hours with missionaries to be kind to them. And if you feel they are an annoyance, I hope I've given some useful hints about how to deal with them in a kind way without offering false hopes. 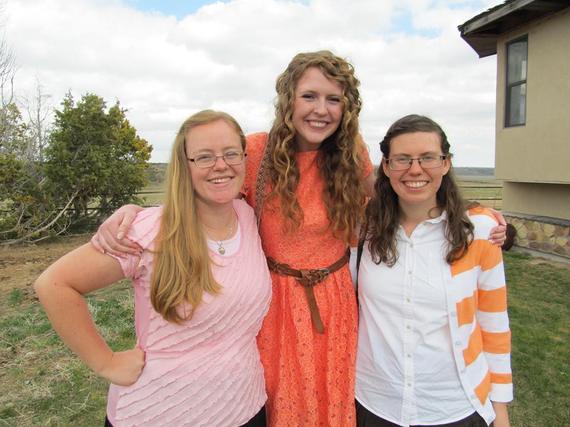