For transgender people, this summer has already been one of the most important moments in the community's history. Caitlyn Jenner announced her true identity on the cover of Vanity Fair, and she was shown overwhelming support. At the same time, Schuyler Bailar, a recruit for the women's swimming team at Harvard University, will become the first transgender athlete when he joins the men's team.

Clearly, there is much to celebrate, but John Oliver, in a recent episode of his HBO television show, brought a heaping dose of reality onto the roadblocks still facing transgender people in their quest for social equity. As Oliver said, "For all the strides that transgender people have made lately, let's not get too complacent about how far we've come, because they still face a host of obstacles."

Even with the enormous amount of attention on transgender issues, most people fail to realize that the transgender community has no legal protections against workplace discrimination, even though the problems are so rampant. For example, "According to the Injustice at Every Turn survey, 25 percent of transgender recipients reported losing a job because they did not conform to gender norms. A staggering 90 percent said they faced some form of transgender-based discrimination" (Washington Post).

So what can be done to help propel change for the transgender community? Perhaps the best place to start is the office.

As a professor at the University of San Francisco's School of Management, I teach classes on social equity and communication strategies for social justice. Our world is changing so quickly, and managers can't be the same as they were in the 20th century. Through the classroom, I'm hoping to help managers understand how to communicate with transgender people, stop discrimination in the workplace and handle some of the logistical issues like fear over bathroom situations.

Many managers currently have a problem with the aspect of communication and understanding when it comes to the transgender community. As an educator, I believe that education is not about how you get people to embrace elements of change but how you help them understand what is happening. When a manager is sensing some form of discrimination in the workplace, the manager should take the individual aside and sit down with the person who is conducting himself or herself inappropriately. The manager should hear out their concerns without judgment and find a way to help the employee understand the situation. 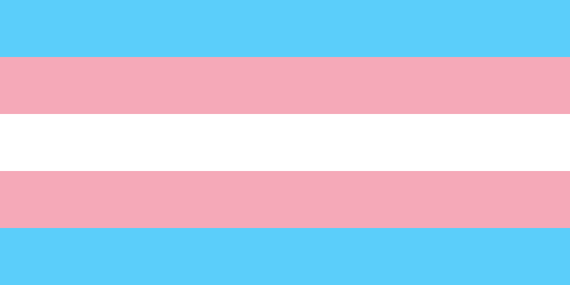 Many people in America, right now, are coming into contact with new terms that they might not have heard before, and it's the manager's job to sit down and explain to the employee the nature of these changes and how they are playing out in the real world while setting office expectations. The manager shouldn't reveal any particular details about any employee, however, and he or she has to be competent enough in the language surrounding transgender people to effectively create empathy and understanding.

In class, I show documentaries in the classroom to communicate the story of transgender people. Managers could and should create strategies, perhaps recommending movies and other literature, to individual employees to help them overcome their differences by eliminating misunderstanding.

Even though managers should help their employees with shortcomings in transgender people, they should not accept intolerance and discrimination. If a comment is made in the workplace about a transgender person in a meeting, an email or an offhand remark, then the manager needs to intervene and have the courage to say: We will not tolerate discrimination.

When it comes to having separate bathrooms in the workplace, managers should consider all the different scenarios. For example, economic constraints for unisex bathrooms might make it impossible from a financial standpoint to institute company changes. Also, many transgender people still might not insist on changes to the bathroom, because they refuse to separate themselves from the other employees. If at all possible, then the unisex bathroom seems like the best possibility moving forward, but the manager should make every attempt to go out of their way for the transgender employee to feel comfortable.

In the end, many managers have to consider a very important element about transgender people in the workplace: Diversity is better for business. According to a Forbes study, workforce diversity is a "key driver of internal innovation and business growth." The smart managers, the ones who care about the growth of their company, will help ensure that transgender people feel secure in their workplace, because a diverse workforce will not only creates a better and socially competent world, but it will also affect the bottom line. Such attention to diversity will also impact the public sector as well since government is in the business of protecting the welfare of all citizens of a society.