With about two decades into our usage of mobile phones, people born after 1995 can't remember a time when their parents or they, themselves weren't an arm's reach away from being connected. It may seem bizarre now, but mobile phones won't be around forever because something more human and immersive will take its place. Virtual reality is that next step in the technological revolution.

The next generation of consumer products is being built with virtual reality and this means a whole new way to interact, communicate and consume media. However, the success of virtual reality doesn't just come naturally; it is up to the efforts of people working in the industry to make it appealing so that it will become a 'must-have.'

Unfortunately, current marketing of VR headsets and experiences are underwhelming and as someone working in the industry, quite discouraging. The recent TIME cover of Palmer Luckey, is the perfect example of how improper marketing images can make someone wearing a headset look "dumb" and fail to articulate how truly powerful this medium is.

The Key To Successful Marketing

VR marketers could take some pointers from Simon Sinek. They should read his widely-regarded book "Start With Why" (or watch his TED talk) and apply its "Golden Circle" methodology. Sinek argues correctly and illustrates nicely that successful marketing must be centered on explaining WHY companies or brands do what they do. Once that is accomplished, they can expand outward toward selling by addressing the hows and whats of a company, brand or product. Apple is a particularly good success story whose marketing message always looks something like: "With everything we do, we aim to challenge the status quo. We aim to think differently. Our products are user friendly, beautifully designed, and easy to use. We just happen to make great computers. Want to buy one?" 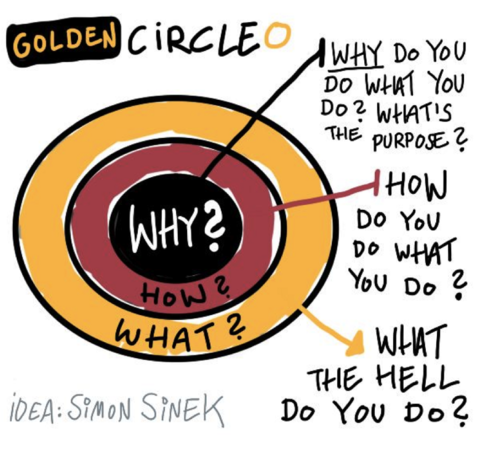 Those selling VR headsets are marketing backwards; they start with the WHAT and sacrifice the WHY. Watch the mistakes Samsung makes in its marketing of Gear VR:

In its most recent video promotion, Samsung has still not learned this basic marketing lesson. In the image above, the man using the device at work has co-workers awkwardly staring at him. Why would any potential consumer want to wear a device that causes their co-workers to awkwardly stare at him/her?

This video for HTC Vive is an improvement but it still does not address the WHY. The majority of the ad demonstrates various VR experience, getting the potential consumer to imagine what the VR experience might be like but unfortunately, the actor's visual cues are more evocative of nausea than elation!!

Now, think to yourself, would any of the above ads entice you to buy a virtual reality headset?

Beyond centering your marketing on WHY consumers should buy/use your product, successful marketing must target the right demographics. For consumer tech products, that means knowing how to reach and excite youth. Think about who played Pacman and Dungeons and Dragons in the early years of video games.

Snapchat and Facebook are the text-book examples of successful marketing of tech to youth. Up until recently, Snapchat had these teens as their App Store screenshots, which conveyed a marketing message that "teens have fun when they use our app -- and it happens that everything you send on this app disappears." 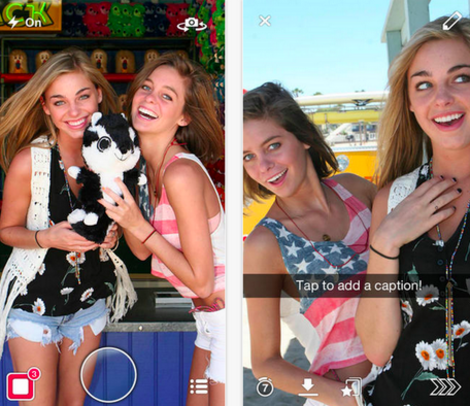 Facebook's early growth was driven by its focus on getting university students on the platform and framing all marketing towards a social network for college students. The photo below was taken from Eduardo Saverin's Facebook Ad Kit from 2004. It identifies which universities were on the site, compelling all those who were not in these schools to request that their university be included in this list. 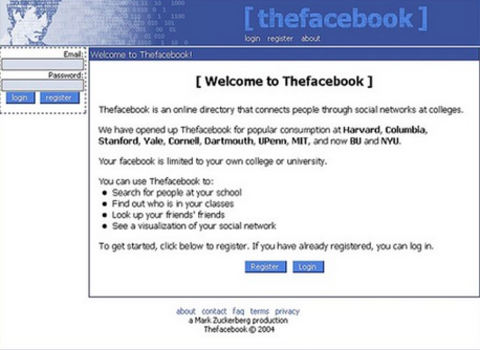 Online gaming and social media would likely never have become successful had youth not been smitten by them. No less is the case with VR. However, most VR ads today do not feature tweens, teens or early twenties faces. Rather, the demographic we see in these ads is the millennials, those aged 20 to 35. Why is this the case? Can marketing VR to millennials buck previous patterns?

Millennials are touted as tech-savvy but they are also known to have been blown off the typical young adult economic ladder by the Great Recession. Many live with parents and are not consuming as much as earlier generations. Perhaps, as Mashable reports, VR needs to move on to Generation Z, those born since 1995. They are contributing approximately $44 billion to the U.S. economy and by 2020 will account for 40% of all consumer spending. Because Generation Z do not know what life is like without an Internet-connected cellphone, they are the generation most eager to try out new technologies that are more immersive.

First out of the starting blocks with Generation Z is Hot Pockets. This snack food company launched this YouTube ad featuring Generation Z interacting in real life while still immersed in VR. This ad only features boys, but hopefully, future marketing will not forget half the consumer market.

Of course, VR marketers should not forget about millennials, nor should they ignore Baby Boomers. Boomers, ages 51 to 69, are the "biggest spenders" because they have extra cash from decades of saving and investing, according to Forrester. Pretty much every industry is trying to cash in on this Boomer boom of riches and VR must find ways, too. There is at least one promising example:

Dramamine, the anti-nausea pill, is seizing a new market in VR. Note in this promotional video it made sure that Boomers were its target audience. Also note how their testers all seem elated, not confused and certainly not dizzy.

To sum up, VR marketing to date does not seem to be applying key lessons from the past and it does so at its own peril. As an avid VR enthusiast myself, we must remember that we are not yet the majority. VR has yet to hit the mainstream and to get there from where we are today, we are likely to need the energy, audacity and enthusiasm of Generation Z, as well as the deep pockets of the Boomers.

It is often said that demography is destiny and there is certainly a kernel of truth to that. However, marketing VR needs to attend to more than audience; it needs to articulate WHY virtual reality is worthwhile in the first place -- and then sell, sell, sell, that reason(s).

If you enjoyed this, please subscribe to allthingsvr's weekly newsletter to receive updates on the top VR news, innovators and content.