Suppose you're having sex with your husband, and he happens to die, umm, sometime during the encounter. Suppose you've been married less than nine months -- and Social Security benefits are denied thanks to some obscure nine-month rule. Well, somewhere within all the 2,728 rules is an exception applicable when death happens due to extreme exertion. The particular lady in question eventually collected benefits. 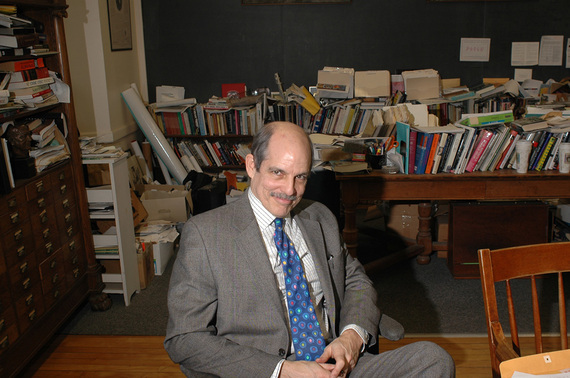 These are the sorts of stories Paul Solman weaves into discussions of his recent book (with Laurence Kotlikoff and Philip Moeller) Get What's Yours: The Secrets to Maxing Out Your Social Security. He wants you to catch the part about there being 2,728 rules -- in case you don't really want to read the 3,000-plus pages of the document yourself. The mind can boggle at the sheer numbers. In fact, though, the rules are there to help us all, even newlyweds whose newlies do not long survive the wed. The complexity of our financial lives may be bewildering, but Solman observes, "America's great strength is in its complexity."

Solman simply wants you to Get What's Yours.

The long-time business and economic correspondent for PBS NewsHour spoke recently about his book at the Commonwealth Club of California, an event moderated by KGO TV Consumer Reporter Michael Finney. His basic message to those of us less left-brained (although Solman's left brain clearly enjoys its coexistence with an entertainingly creative right brain) is summed up in three points:

You're planning to retire on Social Security? Not, says Solman. "Social Security is not a retirement policy. It is an insurance policy." But it can indeed make your retirement easier, and could be a major piece of your long-term financial plan. Solman said in an aside that he thinks most financial planners are suspect and people should be careful in choosing. "What financial planner ever advised buying TIPS (Treasury Inflation-Protected Securities)" he asks.

Three audience members already drawing Social Security each estimated his or her current payments would be at least double, if they had known earlier what they have learned from Get What's Yours. So is the book cheating? "No," Solman says emphatically, "you follow the rules. It's not cheating, it's what the law says you can do."

One thing anyone considering eventually taking Social Security benefits can do could be to check out a copy of Get What's Yours. Unless you'd rather study those 2,728 rules and try to figure them out for yourself.