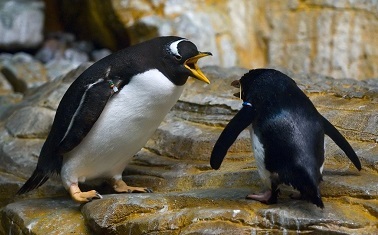 Supporters of climate action and those who deny the reality of climate change are engaged in "a full-blown culture clash," says a new study published in the journal Nature Climate Change.

For those familiar with this debate, that's about as surprising as being told that Abraham Lincoln and Jefferson Davis had differing views on federalism.

Being on the scientific side of this culture clash, here's where I'm tempted to point out some of the...well, bizarre things I've read lately from the other side.

In fact, I could spend my entire work day railing against those who seem to willfully ignore the facts. But that impulse is exactly what holds us up on so many issues.

We get consumed by reacting to the wing-nuts in the comments section of articles and blog posts and lose focus on the hard work of building a political coalition to solve the problem.

If both sides in this culture clash focus less on people who drive them nuts, and more on goals we share, we could probably make progress more quickly.

In the 14 years I've worked on environmental issues, I've learned this: To make progress, it's best to ignore people who say really crazy things - climate change is a hoax, vaccines are a government plot, we didn't really land on the moon and so on. As difficult as that can be.

These folks not only derail a functional discussion of the issues, but they sap the energy and attention of those who are trying to make progress.

Our mental energy is better spent in a more rational conversation with people who are skeptical - but reasonable. The non-wing-nuts who happen to have a different view of the issues involved.

Respond with facts, reason and respect.

I know it may feel frustrating that everyone isn't yet focused on the urgency of the problem. But if someone's worldview makes them a little more doubtful, we're all best served by engaging in a sober, respectful discussion.

Maybe these reasonable doubters are wary because they associate climate action with politicians they disagree with on most other issues. Maybe their views on the role of government make the topic harder for them, given many of the proposed solutions. Or maybe they're focused on other things and so lack some facts.

Almost all of us do those things when it comes to certain issues.

So next time you read about someone saying something really truly crazy about climate change, roll your eyes and ignore them. They're probably doing a fine job of discrediting themselves without our help.

And when you hear questions from someone honestly skeptical, respond with facts, reason and respect. Maybe if both sides in this debate focus less on people who drive them nuts, and more on goals we share - like a better world for our kids - we can get somewhere.