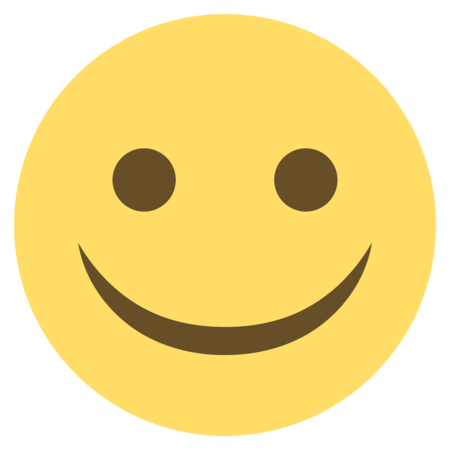 As you can easily see from my Huffington Post profile, I am an average-looking, middle-aged, white female academic teaching aspiring capitalists in the School of Management at the University of San Francisco. What you can't tell is that I am the author of a body of scholarship on African American religions and literature, have curated several shows of African American art, edited books on and taught courses on African American topics. Just as folks are bewildered when my rosy-cheeked Canadian friend orders dinner in impeccable Mandarin, also do they demonstrate an implicit assumption about my lack of knowledge about or interest in African American culture. But when the subject of the ethnicity of emojis came up in a recent conversation, I wondered if I was prepared to defend my choice to use a brown emoji thumbs-up and to explain why it mattered. Just because I possessed an informed rationale did not imply that others were excluded from having their own informed rationale. Each can be interpreted as a considerate choice or a careless one depending on how you frame the argument and support your position.

As observed in a recent New York Times article, emojis are not morally neutral symbols. Unicode, the organization responsible for approving emojis, are making cultural, and sometimes political, choices in determining which new emojis will make the cut. "Emoji have emerged as cultural forces in and of themselves," the author writes. "The crisp, candy-colored glyphs form a modern emotional palette," which "soon took on new meanings as they made their way to new countries and subcultures." These observations support the genially contentious conversation with my friend, also white, who declined to use any "emoji of color" out of "respect" for the ethnicity as others and also out of an acceptance that any attempt to portray ethnicity is bound to lead to imprecision and controversy. But what my friend didn't recognize is that there is no morally neutral skin color. Even the default choice of Crayola "nude" or "skin tone" prioritizes a skin color and assumes that white indicates the presence of raceless monoculture that does not exist anywhere except in our unexamined minds. Lost in conversation was a recognition of how cultural choices and privileges are made for white people without their even knowing it, a point made by Peggy McIntosh in her extensive career arguing against the exercise, even unconscious, of white privilege.

Her ground-breaking 1988 essay, "White Privilege: Unpacking the Invisible Knapsack," helped establish the language by which we can analyze these conditions and steered us towards recognizing implicit assumptions that shape our choices, including what crayon to use while coloring. Long before the color of an emoji was a topic, Peggy McIntosh, as she described in an Examining Ethics podcast, observed that realizing that she had a white advantage wasn't enough for her. She took action by writing to companies, including Crayola, demanding that they produce more variety among their skin-toned crayons, recognizing the embedded form of oppression that limited choice because of a systemic order that prioritized whiteness.

Although I don't have McIntosh's perch to preach from, I realized that I could enact my own form of spending down my unearned bank account of white privilege (another metaphor McIntosh employs in her writings) by building in to my MBA and MPA ethics and social responsibility course a component that asked students to undertake an experience of confronting their implicit assumptions that get repeated and played out in their professions in the private and public sectors. To do so I ask my students to participate in Harvard University's Project Implicit, which began simply focused on external traits of skin color and gender but which now "tests" participants for a variety of implicit assumptions. Founded in 1998, ten years after McIntosh's essay, Project Implicit describes itself as "a non-profit organization and international collaboration between researchers who are interested in implicit social cognition - thoughts and feelings outside of conscious awareness and control." The goal of the organization is to educate the public about hidden biases and to provide a 'virtual laboratory' for collecting data.

After taking multiple tests students return to class reporting dismay at their outcomes which register an appalling vulnerability to a variety of implicit assumptions. So I ask the students to read McIntosh's essay and also an essay from Slate titled "Can You Train Business School Students to Be Ethical?" so that they can appreciate the relevance of examining implicit assumptions and white and other forms of privilege, especially as they apply to their workplace conduct and decisions.

Among the conclusions the authors of the article arrive at that is persuasive to my students is that we should be paying attention not to the spectacular examples of malfeasance and bad corporate behavior like Enron or Volkswagen but the "moral blind spots" and unintentional ways people commit ethical failings. Most people fall prey to a self-serving bias and discriminate unconsciously not because we lack the capacity for moral reasoning but because we make moral choices only using what is called "System 1 Thinking"--the thinking that is driven by emotion and intuition. It is "System 2 Thinking," however--the part of our brain that reasons logically through decisions, with a full appreciation of the many biases that plague our intuitions and instincts, that is most useful in moral decision-making and is appropriate for workplace management.

Whether we use colored emojis or not, we are making a choice that carries with it a variety of implicit assumptions that vary depending on where we stand. While I cannot guarantee that any of my pedagogical efforts are successful in preparing my students to check themselves against unconscious biaes, I live in hope that as they practice the art of moral persuasion in their workplaces, they will do so remembering the words of the entertainer RuPaul : "Life is about using the whole box of crayons."