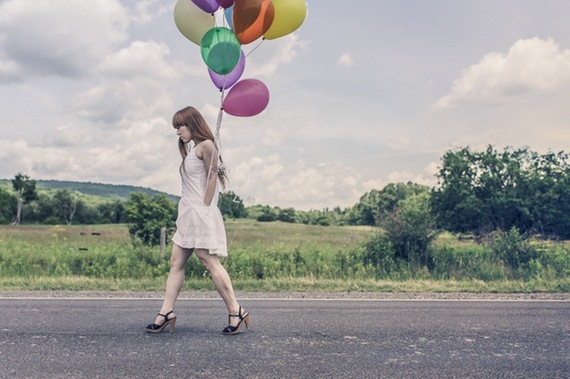 I finally did it.

After seven years of working in the same company, and nine years in the industry -- I officially left my job last week.

If you're contemplating quitting your job too -- here are some tips that will help you say goodbye with style.

I'm not saying I'm the most graceful person ever, but I've seen a lot of bad goodbyes. And if you've been somewhere for a long time, I'd hate to see you go out badly, after all that time you've put into work.

Now that you've finally decided to quit -- here's my take on how to quit. How do you make the absolute best of the situation?

There's a major difference between getting fired, resigning and getting made redundant.

Getting fired is for doing something really bad -- like pouring gasoline into your boss' coffee. You don't get anything when you get fired.

Resigning is how most people do it. You write a letter, serve your notice -- and walk out with your head held high.

But getting laid off is where it gets interesting. And this is because in current economic times -- a lot of companies have target numbers of employees to cut.

If you're already set on leaving, why not ask to be part of that number? It might just make your boss' job a little easier.

The benefits? Depending on which country you work in -- redundancy benefits could be miserly, or really good. But it's still better than nothing. In almost all states of the USA, companies aren't legally obliged to pay redundancy. But people still report an average between one to four weeks of pay for each year of service.

In a country with a more regulated labor environment (say the UK, Australia or Malaysia) -- the law has stricter guidelines on redundancy payments. That means you're guaranteed some money.

Money aside -- you could potentially get other benefits like health insurance too.

Maybe your employer will think you're crazy for directly asking. Maybe your company has rules that employees who ask to be made redundant don't get made redundant, and will be asked to resign.

If you try to quit when there's a lot of business, fully expect the company to try and make you stay. They might even tempt you with more money... But there's a humane way to look at this too -- you don't want to dump extra work on your poor colleagues by leaving suddenly.

The other thing I tell everyone nowadays is: do not quit before quarterly earnings are announced. The months of January (Q4 and annual results), April (Q1), July (Q2), and October (Q3) are when companies usually report their earnings to Wall Street. (You can check your company website for the next earnings call to be sure). During these calls, companies often announce reductions to the workforce. If you can rough it out awhile -- wait till these months to have "the talk."

I learned this the hard way. I resigned in the last week of December. A few weeks into January, the company announced its annual results and another round of layoffs.

But I wasn't getting any of that redundancy money, because I had already resigned.

Sometimes I get emails from people saying: "this is my last day." And sometimes I don't read that email until a few days later. The person is gone, and I haven't even had the chance to say a simple goodbye.

So if you're gonna leave, plan and announce your departure early. As soon as possible once you're sure.

It allows everyone to prepare for your departure emotionally. It allows you to solidify your contacts within the company (remember to save everyone's number/email in your personal phone), and string up a series of free goodbye lunches. But it also allows the handover of work to go as smoothly as possible.

By the way, because your boss is likely too busy -- you should be in charge of making sure work gets handed over properly.

Your future might not be there anymore, but if you handover everything well -- you'll always be remembered for being the ultimate professional.

4. Write/Get Your Letters of Love

If you've done a barely decent (if you're reading this though, I'm sure you've done a good) job -- most bosses will be happy to write a recommendation letter for you.

But since they're busy, I recommend that you write the ultimate self-praise letter, put their names at the bottom -- then ask them to review and sign it. That's the most efficient way to get it done.

As to how you'll ever use those letters (attach them to your LinkedIn profile, or stick extracts on your website maybe?) -- that's a discussion for another day.

But more than asking for them -- I hope you'll write recommendation letters for the good people you supervise. Let your final written words about your staff be a gracious gift.

And maybe you'll find this to be true: "It is more blessed to give than to receive."

A lot of people hate their jobs; and I'm sure there are things you dislike about yours too. Even though I liked my previous job, I said "F**k this s**t" more times than I can remember.

It's natural to let any pent-up anger and frustrations come to surface -- now that you're leaving.

But ten years from now, I'll bet when we look back at our previous jobs -- we won't remember the anger, pain and frustrating things. Instead, we'll smile as we remember the fun times, the awesome achievements and the good people.

Read More: When is it Time to Quit?

More:
What Is Working: Small Businessesrecommendationsquitting your jobPLANNINGGPS For The Soul