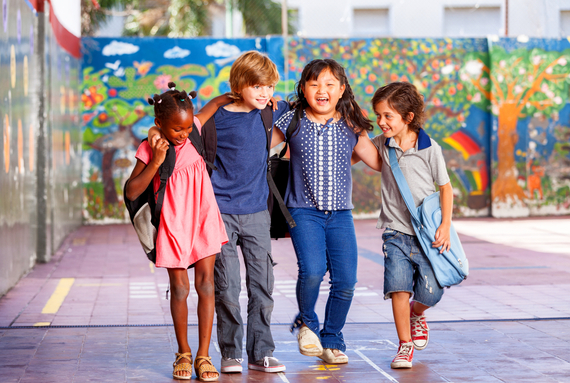 'If you judge people, you have no time to love them.' ~ Mother Teresa

Imagine a world where people didn't judge each other.

Imagine a world where people showed kindness and compassion to others.

Imagine for a second if parents didn't judge each other, but worked together to raise happy, healthy children. Imagine if there was no judgment in mothers groups or on the playground, but parents actually helped each other out.

What if people in workplaces didn't judge each other, but worked together to get the best outcomes.

Imagine if you didn't judge the homeless person you walked past on the street last night - instead you talked to them with care and compassion.

You have probably all heard the story of when the father got on the subway late at night with his 5 children who were all being loud and misbehaving in one way or another. Catching the disapproving look from the other people in the carriage, the father apologized. 'Sorry, I am on my way home from the hospital and just trying to imagine how I will handle my first night without their mother'.

The world can be a cruel place. It can lack compassion and kindness for people who are judged and for those who judge.

Why do people judge others? Judging others is a natural instinct because they look, sound or behave differently to us. It is a primal instinct to defend territory and we take a fight or flight response and this may have worked for cave men that needed to protect their own areas, however today it runs deeper.

The main reasons for judging others is a lack of understanding, perceived views from experience or upbringing or a lack of empathy and compassion.

Perceived views and lack of empathy and compassion are largely learnt and built on behaviors stemming right from our childhood and upbringing.

As parents, we have a responsibility to teach our children about differences, educate them about others so they have a genuine understanding and build on their empathy and compassion. We can teach our kids how to be non-judgmental.

Here are the 5 ways to raise non-judgmental children.

1. Expose your children to people from different walks of life

For the past two years, I have been working at a homeless shelter. People who came there were mentally ill, drug addicted, homeless, socially isolated and marginalized by society. I took my children with me some days and people judged me for taking them to a 'dangerous' place.

The encounters my children had with the visitors to this shelter were always a raw and beautiful experience for my kids and for me to see how they interacted with people who they would not normally speak to.

One meeting that sticks out in my mind is when my children met Cathy* - an Aboriginal lady in her early 40s with bright pink, curly hair who was homeless at the time.

They talked about what happened when it rains in the middle of the night and where she gets her breakfast without a kitchen. They talked about what bathroom she used and where she put her clothes without a cupboard. She loved my kids as soon as she met them and they got to know each other quite well over the next few months. There was no judgment from either side. Now when it rains at night, my kids wonder where Cathy is and hope she has found somewhere dry to sleep for the night.

If we allow our kids to meet people from different backgrounds, we are building on their empathy, compassion and understanding of differences.

2. Allow your children to experience many cultures

'It's not what you look at that matters, it's what you see.' ~ Henry David Thoreau

If you can, live in a different country. When my kids were little, we lived in the States. My husband was doing a university masters with military members who were serving from all over the world and they brought their families to live in Washington DC for the year. My kids played with children from Pakistan, Holland, Norway, Lebanon and the UAE. They also went to school with American kids and learnt the pledge of allegiance. It was a great immersion into a new culture.

Here are a few other ideas to experience other cultures:

- Each city generally has an enclave of particular cultures with many great restaurants to visit e.g. China town in Sydney, Brick Lane in London, Washington DC has an Ethiopian quarter

From a very young age, children know that people look or speak differently to them.

Take the time to tell your kids it is OK to be different and talk about the differences they have observed. It is not OK to judge that person for being overweight or being a different race.

Talk to your kids about difference religions, cultures, appearances, illnesses and how other people live their lives.

Talk to them about mental illness, about alcoholism, about children with autism and about people's idiosyncrasies. If these things are not foreign to our children, they will accept the differences they observe as normal everyday occurrences and not judge it for being different.

By talking to our children we provide them with a vocabulary to discuss differences.

4. Tell the truth, not opinion

I was in the park with a friend the other day and four men were sitting on the chairs in turbines with long beards. Her 5 year old son asked 'Are they religious people mom? Are they OK?'

No matter her views or judgment she replied - 'They are from the Sikh community that live close by us. You know Alibi* from your school is from this community'.

She could have shrugged it off and not answered in a truthful way - she could have shrouded it with opinion to illicit fear or pity. Her answer was straight up and her son knew he was in a safe environment with different people around.

No matter your views and opinions, if you can tell the truth around differences, our children will make have the chance to form their own ideas.

Our kids will take our lead from the language we use. If we use judgmental language, our children will. Our children will soon pick up if we are racist, sexist, biased or judging others and copy.

Being mindful of the language we use will give our children the right words to use around others to show kindness and compassion.

A family with a little girl was sitting in the waiting room of a doctor's surgery. A Pakistani man walked in and sat down on the bench next to the little girl. The dad stood up and sat in between the little girl and the man, obviously uncomfortable with his appearance. The doctor came out and called the family in and the Pakistani man followed - it turned out he was the donor of the bone marrow that saved the little girl's life months earlier.

If we educate our children about differences, teach them about other cultures and provide them with opportunities to meet people from many walks of life - we set our children up to be compassionate, kind adults.
*names have been changed

A version of this post first appeared on Anna's blog at Positive Parenting with Anna Partridge.

More:
ParentsChildrenteaching compassion
Newsletter Sign Up
Raise the kind of person you'd like to know
Subscribe to our parenting newsletter.
Successfully Subscribed!
Realness delivered to your inbox