I remember a song done by Madonna some years ago, Frozen, and I can't help but nod in agreement to the lyrics to that song now. Life has it's way of dealing heavy and ugly blows to us that sometimes we're almost forgiven if we choose to stay down. But that never made anything better.

Some walk into relationships and marriages with lots of baggage, and though sometimes they're unaware, it leaves the spouse helplessly frustrated. I thought to write about letting go, and unfreezing a hurt and broken heart. I've never been married before, but I almost have. And when the engagement was broken, it felt like my world was shattered. I practically was a walking frozen specimen. I remember being so lost and walking like a zombie that fateful day, I almost walked into a moving car. I cried my eyes out in the months that followed.

What happened or whether he was a coward or not is pretty much story for another day but the fact that there was a steel bar around my heart was a bleeding reality. Now can you imagine the way I responded to other suitors that came along? You have no idea! It made me hostile towards men, I lacked the ability to trust and most especially, my faith was threatened. And when I did meet someone, the weight of all the frozen baggage I was carrying became normal to me, but horrible for him.

I can hear some say 'could all these be because of one guy??' Well someone I respect a lot would say don't judge until you walk in their shoes. I've learnt that too. A lot of people are hurting in relationships and hurting the person who's giving his/her all to love them back, but is failing because they just can't reach you.

Today I'm sharing tips on how I became unfrozen. 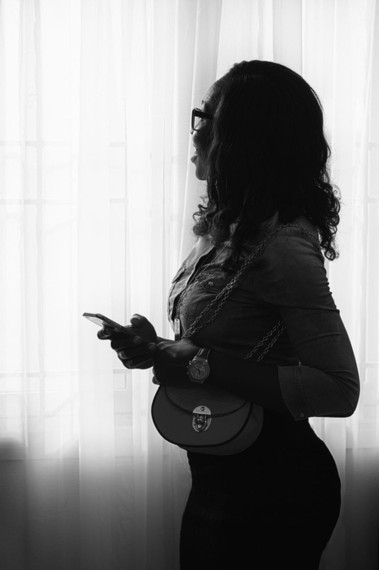 -Let Go, Let God- I'll tell you for free, it's the hardest thing ever. But it's possible. And it's the best thing ever you can do to a frozen, broken heart. I read something somewhere that says all God needs is a broken heart. There's no shame in letting go, only a lot more to gain. There's a world of courage there, and in the end you'll understand it all makes sense.

-Get Busy- That helps a great deal. I like the story of Ruth when she lost her husband and refused to just go back to her father's home and mourn idly. She followed her mother-in-law and got to work. I don't mean to go all spiritual on you but I don't know anyhow else to tell you the truth. Get your mind and hands busy and the hurt will die a natural death.

-Let go of stereotypes- You know those resolutions you make after going through an ordeal? Aha. Let them go. It doesn't happen in a day, but it's a process God is willing to walk with you on. I still don't wear rings, costume or anything of the sort, even when I do love them. What can I say, I too am a work in progress.

-Don't wait- You don't know when you do this but you do. So I'll tell you like a sister should. Don't wait for some other guy/girl to come heal you. It's very easy to fall into the temptation of thinking a guy/girl will appear and mould back your broken heart. No. Don't do that. You know how in physics heat transfers from the lowest to highest? You're just going to end up transferring some ice to the other person and that my friend, is hurtful. Get on the road yourself and get your healing.

-Don't punish- I love a song Neyo wrote one time when he pleaded with his love not to punish him for another man's mistake. I'll plead with you here too. Don't punish him/her. Instead of running into your shell and not trusting, talk to him/her. It's a process, so take your time. Depression, sin, and basically all things evil thrive in isolation. So don't keep your frozen heart secluded. Come out to the sun and talk to a friend. It helps believe me.

While I must admit that letting go isn't a walk in the park, it can be the most relieving experience. All it takes is a little time and a determined heart. In due time, that once frozen heart will be flowing gladly towards someone more deserving of you.

Note: A similar post was published on my blog www.ursulasebastine.com.