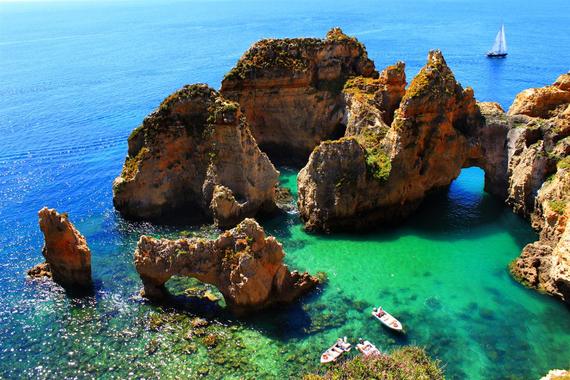 Thanks to a soaring dollar and a collapsing euro, retirement in Europe is a more affordable and therefore a more realistic idea than it's been in nearly two decades. In particular, one usually overlooked corner of Europe deserves your attention right now. This coastal region is historically one of the Continent's least costly. Meantime, the property market in this country fell hard post-2008 and has yet to recover. This combination of low costs in general, a down-and-out real estate market, and a euro on its knees has created a window of opportunity that anyone who has ever dreamed of retirement in the Old World should be paying attention to.

I'm speaking of Portugal's Algarve, a unique bit of European geography at the southwestern corner of the continent. Situated at the longitude of Great Britain, more or less, and the latitude of Delaware, this region is protected from winter by the movement of the ocean in the Gulf Stream, which carries warm water to the Algarve's coast. It also benefits from prevailing winds that keep it from being unbearably hot or humid, even at the height of summer, and boasts more sunny days than anywhere else in Europe (more than 300 annually). 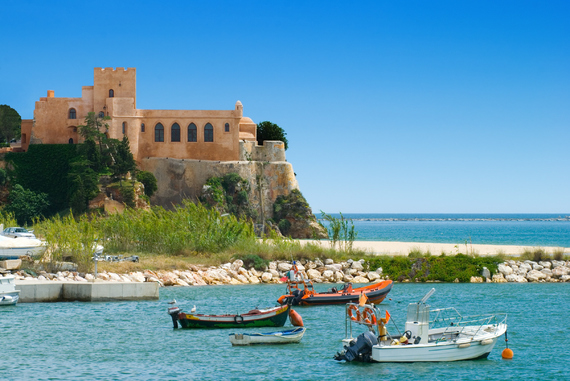 Unlike many sunny paradises, however, the Algarve is not a little island in the middle of no place in the sea. It is attached to the Old Continent and reachable by car from Lisbon and points farther north. You can also fly from the U.S. East Coast in short hops, as few as six hours to Lisbon from Boston, for example, where many flights originate thanks to the Portuguese diaspora. From there, a three-hour drive takes you to the south coast resorts.

Another reason the Algarve is such an appealing choice for American retirees is thanks to the British. The monarchs of Portugal and England married each other from the 14th century or so, creating the oldest alliance in Europe before Europe really existed. The famous animator of Portugal's age of exploration, Prince Henry the Navigator, after whom the trans-Algarve motorway is named, was half-British. It is thanks to Prince Henry that the Portuguese explorers were under orders to "sail on, sail on." That got them around the Cape of Good Hope to China and India, and then across the Atlantic.

The Anglo-Portuguese friendship did not end with the death of Prince Henry and his brothers. During World War II, despite Portuguese neutrality, the British first won the right to move evacuees from Gibraltar to Madeira and then to build a base in the Azores. While Portugal's prime minister at the time Antonio Salazar was ideologically close to Hitler and Franco, he was flattered by British attentions to Portugal's importance, and his own. So, thanks to Salazar, U.S. forces were able to hop via the Azores to North Africa, Britain, and later continental Europe in easier stages than flying the whole distance in one go. 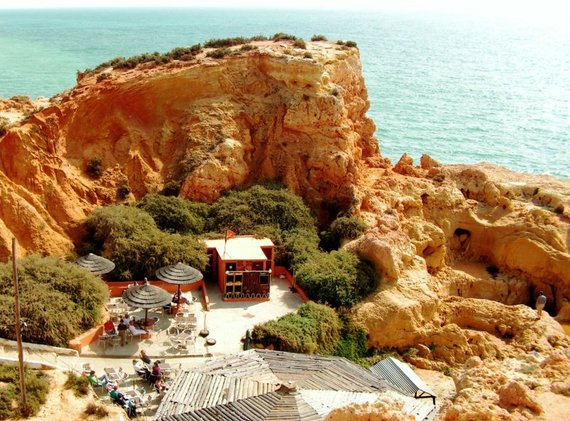 After World War II the Anglo-American allies continued to operate from the Azores. Over time, attracted the wine and port trade, many posh British families settled in Portugal. By the 1950s they had begun to colonize the south coast along the Algarve, bringing with them the key element of sporting life--golf courses. Today, this region is a global golfing capital, with 42 courses.

The most important relic of all those years of buddying up with the Brits, however, is a key to American retiree happiness in the Algarve today. The natives all speak English. There are plenty of non-British foreigners in the Algarve, too, from Germany, Eastern Europe, Scandinavia, and even the Far East, but they all also speak English. In fact, the lingua franca for selling anything in the Algarve, be it a multi-million-dollar condo, a pair of sneakers, or a Diet Coke, is our Mother Tongue. The only other spots in Europe where you'll find as much English spoken are Ireland and the UK, neither of which begin to compete with the Algarve in the categories of weather or cost of living.

One more driving advantage for this region is the standard of healthcare on offer, which is both modern and innovative and personalized and humane. It's also a bargain compared with medical costs elsewhere in Europe and, especially, in the United States.

Meantime, this region also offers one of the world's healthiest lifestyles. Those in the Algarve lead Europe in fish and seafood consumption. The diet here is also rich in locally grown fruits, vegetables (especially olives), and grains. It's the classic "Mediterranean Diet," which is recognized for preventing heart disease, lowering cholesterol, even helping with the prevention of stroke and Alzheimer's disease.