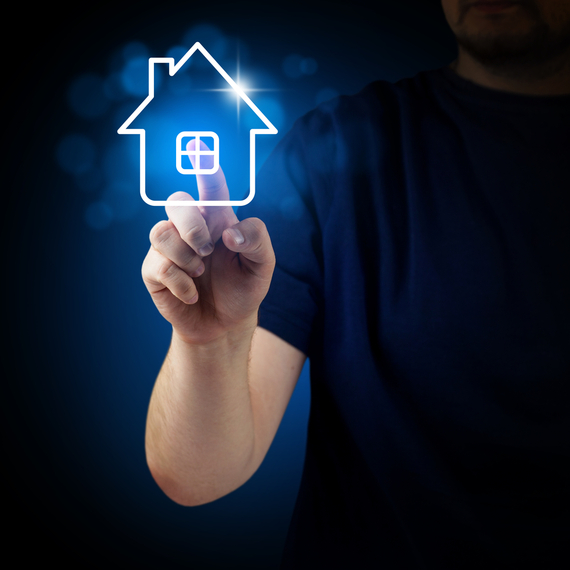 There's a sizeable "smart home" wave building. The smart home and building technology market was $4.8 billion in 2012 and a report by Allied Market Research predicts it will grow to $35.3 billion by 2020.

Not surprisingly, many startups, retailers, and established tech companies hope to ride the wave. Surfing is hard to do. Not everyone will get the timing right. But some strategies will make it a lot less likely that companies will wipe out.

Open Up Your Platform

Everyone's racing to make their own smart home platform, but few of them are open. Now I don't mean open source, like the Android Open Source Project or Apache Hadoop-those projects are incredible for the technology industry, but open source isn't right or always possible for every company. Rather, I mean these smart home platforms need to be open by offering APIs and other developer toolkits to allow easy interoperability with other products within the ecosystem (or even allowing other brands to license their technology to create totally new products). Developers understandably want to maintain control over their products, but too tight of control can also limit a product's potential.

Opening up a product to let others play in the space can help the product's market share to grow and compound further in multiple appealing ways.

Microsoft is the classic example of a company that triumphed because they allowed others to build on their products--in their case the DOS and then Windows operating systems. Microsoft's platform enabled other companies to build solutions for consumers and enterprises. The openness worked to the advantage of Microsoft, its development community, and its users. Cultivating its developer community became one of the company's core competitive advantages.

Something similar will happen in the smart home market to help spur the creation of new products and extend the usefulness of old ones. In turn, that will give consumers more reasons to buy smart home products, growing the market.

Many smart home devices have a mobile app interface. It makes sense, given that most of us carry around Android and iOS devices. Mobile apps are a familiar gateway, in the consumer's mind, to smart home devices, which for many are still new and unfamiliar.

For the smart home to realize its full potential, however, I believe it needs to break free from the limitations of mobile app dependency. One reason is that the mobile app ecosystem is so completely ruled by two companies, Google and Apple. Both are in the hardware business. And I doubt we'll see Apple's smart home hardware (should the company enter the market) working with Google's, or vice versa.

Also, consumers should be able to interact with smart home devices through voice or an appliance's own tactile interface, not just through mobile apps. When this happens, it will open up the market to much more interesting devices and functionalities.

Amazon's upcoming Echo, a standalone, voice-activated smart assistant for the home, is a good example of where smart home appliances could be heading. The Echo stands by, waiting for you to ask it questions like "What's the weather forecast this weekend in Los Angeles?"or make commands, such as "Play music by Bruno Mars." (Echo is now being sold only to a limited group of invited Amazon customers.)

Incumbent home product makers must find ways to provide additional value. The smart home market is a great opportunity to work with other incumbents and/or startups to bring cool new services and products into consumers' homes.

For example, energy utilities are in an ideal position. They're already providing a service into your home--electricity and/or gas. What they need to do now is build smart appliances and sell them to the customers they already have.

With a slightly smarter use of data, much of which they already have, energy companies could better predict what your home may need next--a more efficient smart water heater or refrigerator, for instance. This information could help them sell additional products and services--most likely through partnerships--which in turn will open up a lot of new opportunities for both the utilities and their partners. It's not unreasonable to imagine, for example, that an energy company might one day partner with or even operate as a bank, financing improvements that will make a home smarter and more energy-efficient.

Be Prepared for the Inevitable Market Consolidation

It's still early for smart home products, and there's a lot of experimentation underway. For example, some retailers are coming out with their own smart home products--just as Radio Shack did in the early PC era with its own brand of computers. I predict that many of these over time won't last. Retailers are likely to realize they can't make much money building their own devices. Retailers are generally good at retailing, not at product development.

But at some point, this wave will crash. And when it does, a lot of smart home products will be washed ashore. The companies that remain in the water will have a long-term plan, solid financing, an understanding of their target markets, and a timeline for reaching those markets. These companies will be the ones providing useful, even beautiful, smart home appliances and accompanying services. Consumers will want these devices if the price is right because they look good and because they make their lives easier, safer, and more secure.

Adam Gettings is co-founder and CEO of Leeo, Inc., which makes products and services that open up communication between consumers and their homes.