If there is one rule to rule like a woman, it is that there is none. Stateswomen around the world have shattered the glass ceiling in more ways, where both an Iron hand and a nurturing approach have been effective. 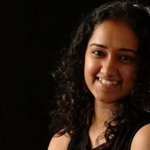 The term "stateswoman" entered popular press lexicon in 1960 when Sirimavo Bandaranaike became the Prime Minister of Srilanka, and consequently the first woman to head a state in the modern world. After half a decade of inching the glass ceiling upwards, the number of stateswomen stands at a record high of 22. Leadership attributes are typically classified as masculine and feminine, in which traits like authority, aggression and competition are seen as male, while collaboration, empathy, and patience are seen as female. Management gurus are increasingly vouching for value creation that feminine traits espouse, but how easy is it for a woman to embody these virtues while assuming a traditionally male mantle? After all, in most societies, compassion and competence are considered mutually exclusive.

Angela Merkel is perhaps one of the few leaders who is able to strike a balance between the two traits. A doctoral physicist from East Germany, she was quiet and awkward, and paradoxically, her personality enabled her to win a ministerial portfolio in the patriarchal, conservative Christian Democratic Party that was powerful in unified Germany. The rotund and virile head of the party, Helmut Kohl, felt that a soft-spoken woman from the East would be a perfect placatory fit for the women & youth ministerial portfolio. Less than a decade later, in a perhaps unanticipated Machiavellian stroke, she swiftly rendered him powerless by writing an op-ed that severed ties between him and the party when he was engulfed in a corruption scandal. This quickly enabled her to disentangle herself from the aegis of a patriarch and establish her credibility as a competent, even ruthless politician. After patiently serving as leader of the party, her moment of triumph was the 2005 elections. Particularly remarkable was the debate between her and her political opponent, Gerhard Schröder. The clash of leadership virtues was never as prominent as it was in the iconic debate, Schroder could be seen as spewing testosterone and asserting his dominance, she sat back, true to her 'feminine' virtues of composure, and watched Schroder implode on his own. She won the elections only by a small margin and led a coalition, nevertheless, it is a remarkable tale where feminine leadership values played a winning factor in that society. Many analysts opine that the European Crisis could not be handled by an authoritarian leader and that her consensus building, plain speaking, understated style is what has led to her meteoric rise as the most powerful person in the EU. Merkel's story is a remarkable tale of a leader who lacks the traditional leadership attributes of charisma, eloquence, photogenic presence- yet was able to rise through sheer authenticity and competence. Probably a feat impossible in most places outside Germany.

Take South Korea, for instance. Despite its spectacular growth and modern advancement, it is still largely rooted in neo-Confucian orthodoxy. South Korea ranks the lowest amongst OECD countries in The Economist's Glass Ceiling Index, a measure of how many chances women have of being given equal treatment at work. President Park Geun-hye was only able to ascend to power because she is the heir of President and Dictator, Park Chung-hye, who is credited with being the primary architect of Korea's political and economic growth although his means may be questionable. 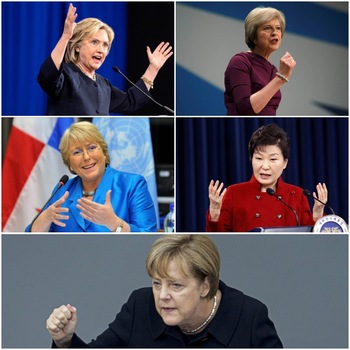 President Park is a female leader but not exactly known for 'feminine' leadership. She has an authoritarian style of ruling with minimal communication and no transparency. This could be because the country has seen few female leaders, is more familiar with "male" codes of leadership and "softer" attributes in traditionally male bastions are seen as weaknesses. Stories of her mental fortitude are legendary, her only concern on hearing her father had died was whether North Korea would invade; and after she emerged from a razor attack in 2006, she was only concerned about her party's campaign. She has made her gender immaterial, and while this is the only way to ascend to power in that context, it has done very little to open doors for other women. Her campaign promised a lot of reforms to improve the representation of women in business and politics, she appointed a woman to head the Bank of Korea and shamed companies who had poor gender ratios, but after those initial moves, very little has been done to help advance women. Merkel too is similar in this regard, she has largely distanced herself from feminist causes and only recently has begun to publicly acknowledge the need to ensure women's advancement.

On the other end of the spectrum is Michelle Bachelet, the Chilean President. She deserves to be lauded for staying true to her personality - she talks of intuition and emotion, she is non-confrontational and affable to almost being maternal- in a country where her political opponents view this as incompetence. A single mother of three, she was incarcerated and exiled during the Pinochet regime. She was first defense minister, and later President, but never felt the need to compensate for her gender by being the toughest person in the room. She rules through consensus building, and claims she is successful because she has been able to pull everyone to the center. She appointed female ministers to half of her cabinet, she gave a budgetary boost to the Ministry of women, strengthened laws to prevent violence against women, and increased the number of day care centers. However, her popularity ratings are falling, and reports claim that Chileans interpret her traits as signs of weaknesses rather than signs of progress.

Moving to a post-Thatcher period in United Kingdom, Theresa May supposedly lost her school mock election because she wasn't charismatic enough. In a nod to how women often feel the pressure to constantly mold themselves and pander to outsider expectations, she adopted a hunch in school to make her seem smaller than her 'imposing' 5 feet 6 inches. She slowly learned to embrace who she is, proudly flaunting kitten heeled animal-print shoes while being the Home Secretary of Britain. "Being clever and liking clothes are not mutually exclusive" she claims. Unlike Merkel, May has openly vouched to advance women. She launched a movement called Women2Win and claims that one of the challenges for women in politics is to be themselves. She is considered to be a guarded and private person, and it is indeed remarkable that she made it to the top position despite not hanging out at bars and golf clubs with the elites. In keeping with her conservative, protectionist, England-first credentials, she shot back with an instant yes when a reporter asked if she was personally prepared to authorize a nuclear strike that could kill 100,00 innocent men, women and children. It remains to see how effectively her skills can help drive Britain out the Brexit mess it currently is embroiled in.

Hillary Clinton has come a long way from a woman who had to drop her name to not spoil her husband's political chances to being the first politician of a major party to ever stand on a stage and make a strong, unequivocal pro-choice statement. She has become far more comfortable now than before on asserting her gender identity as she overtly describes herself as a loving grandmother and a historic feminist in ways that she hadn't before. Perhaps this was an easy choice given that she is the first female candidate to be nominated for the presidential race by a major US political party. Her close aides describe her as being nurturing, collaborative and consensus driven. She is also vocal about closing the pay gap, protecting women's rights and work on affordable child care. The presidential race has triggered a discussion on biases against women to an unprecedented level in the United States given that her opponent Trump fits every description of the traditional male stereotype- masculine, brash and condescending towards women. Clinton is not perceived by large groups of the electorate to be "warm" enough, a view that is centric to the Competency vs. Likeability trade-off that is overwhelmingly familiar to women who play in traditionally male arenas. Given the broad-ranging impact that American pop culture and politics have on the broader worldscape, a Clinton win would definitively mark a change in the definition of leadership. It would herald a more unapologetic embrace of "feminine" traits.

Studying these different styles goes to show that there is no set path towards power, after all, it is also largely contextual. As an HBR articles succinctly puts it, "(It is worrisome) when someone asks for the most appropriate style. It can be a sign that they have internalized others' prejudice as their problem." However, acceptance of 'feminine' leadership styles are clear signals that the society is moving outwards of traditional gender constraints.

Irrespective of how different leadership styles are, and whether the women in power actually actively pursue policies that are women-friendly, it does stand true that the mere presence of a woman in power is an inspiration for many others. In HBS, the election of two female Student Association Presidents for the first time in its history has resulted in an unprecedented number of female section presidents in the first year class. Six out of ten sections have female presidents, which is a meteoric increase from just one last year. There is an increasing number of young girls around the world who now want to lead, and it might not matter much if they do it with an iron hand or a nurturing touch, as long as it simply moves us towards making gender equality a little less of a utopian dream.

Charanya Kannan (HBS '17) is from Section I and enjoys writing about anything that she wishes to remember, grocery lists inclusive. She also loves talking to people about anything other than the weather, which is what she did in her first job as a TV anchor. She dreams of reading and writing more, if her two-year-old and a potential consulting career permit her. She is the Executive VP of on-campus engagements with the WSA Board 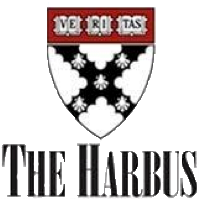