On my first day in the nonprofit world, I was introduced as "the new suit." Short shrift indeed for the years I'd spent undergoing rigorous formal musical training. My decades of hard-won success in the for-profit sector, it seemed, had marked me with a sort taint in certain corners of the art world -- had made me seem somehow less artistically chaste than I had been considered in my younger days. After all, I must have sold out by choosing to create companies rather than compositions over the intervening span of years. And now here I was suggesting we, as artists, ought to figure out a better way to pay for what we do. What nerve. What gall.

Here were my instructions, the day I arrived: "You are to pursue a group of well-heeled funders -- patrons as they're called in the art world -- and hope they give us bundles of cash so we can do our thing." That was pretty much it. That was, in essence, the sum total of the business plan with which I was presented.

And this little arrangement presumably would remain hunky-dory so long as we took pains never to alienate our sugar daddies. But under this regime, I speculated, one is not really in the art business anymore, is one? No, the beggar ultimately acts primarily upon the impulse to satisfy his patrons -- or better yet, has a staff to do that for him. And so, I wondered, what are we all going to do when we eventually recognize we've constructed a gilded trap for ourselves by this practice? 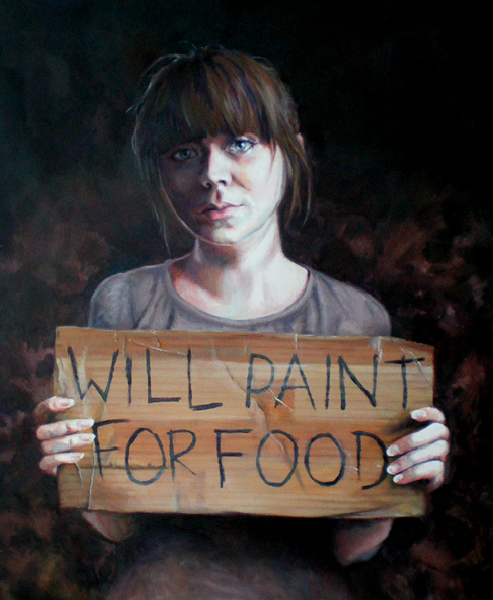 The Sound of a Thousand Terrible Things

Everywhere we look, we see signs of current and impending collapse in the nonprofit sector. Using my own industry (if that word is not too offensive) as a lens, consider the state of the American orchestra: This past year saw six major bankruptcies and closures amongst orchestras. Seventy-three percent of all orchestras surveyed by Yale University this year are straining under significant and growing deficits. That alone should give you a chill. If it doesn't, reread it. The 18 percent that are breaking even are primarily doing so by cutting programming and other costs to the bone -- at the expense of their missions, one might at least worry. Naturally, there are wonderfully positive exceptions to this situation, and they are cause for celebration. But the grimmest of news is, I'm afraid, an undeniable macro trend.

A popular analysis I read recently concluded that the current proliferation of nonprofit failures in America is the result of continuing fallout from the 2008 financial (housing) crisis. The result of the recent economic downturn? You must be joking.

It's the result of more than 100 years of ignoring the mathematical realities about the ways in which economics works because the methods we were using appeared to work for other reasons entirely. It's not a downturn. It's a predictable systems collapse. And I assure you the coming years will likely be warrant and license for -- and enticement to -- an ever increasing abandonment of nonprofit support by wealthy patrons, corporate philanthropists and, eventually, even dedicated foundations that will lead to a bloodbath of nonprofit failures unless we undertake fundamental structural reform of the nonprofit business model itself, and unless we do so quickly.

Extrapolating further from the Yale research, we can conclude that if an orchestra performs in about the top 10 percent of all fund-raising development departments nationwide, it will only close about 45 percent of the growing cost gap each year henceforth. The math is against us, folks. The reactor core is overheating. The ground beneath us is quaking. At least, it certainly is for orchestras, and I suspect very strong similarities exist amongst other nonprofit sectors outside of art as well.

So what are we going to about this? What about all our piddling "development" plans now? Are we supposed to simply tell our workers to stalk the wealthy ever more fiercely until we have cannibalized all the supporting resources away from our fellow nonprofit organizations? And should we who sit in America, the cradle of entrepreneurship, who have seen how sustainable businesses actually work, expect that some clever marketing gimmick here or some little tweak to the business model there is going to solve this problem? Please.

No, our problem is this: The underlying business model of the nonprofit is too inadequate, and the need for our services is too fast-growing, and society's understanding of the situation isn't all that it might be. And we're afraid to say the word "business" in the same sentence as the word "art" for fear of alienating both our artists and their supporters. And we're afraid to admit we have a problem and so we close our eyes and try to believe in an irrational business plan that is so stupid and so inadequate that any first year entrepreneur can -- and all young MBA students do as you can plainly tell by their questions -- see right through it. And I think it should be -- this nonprofit modus operandi of relentless begging -- treated with great suspicion and indeed contempt. And I think we ought to fix it if we really believe in art and music and education and feeding the homeless and all the other nonprofit pursuits as much as we claim we do.

Now, the traditional nonprofit business model makes quite large claims for itself, doesn't it? It says it "protects" our artists from the rough and tumble of the real world out there. It prevents them from being influenced by money. It maintains the purity of our missions and lets us operate without being swayed by financial concerns. It says that the means by which we "raise funds" in the nonprofit world is to be accepted as a sort of divine revelation, unalterable, and that those who do not accede to this business model are almost certainly infidels, outsiders or at least threats to peace and quiet.

Nonsense. I tell you what -- I don't think the nonprofit model works well enough at all anymore. I really don't believe it does. For all the blather about how much money doesn't (and shouldn't) matter to our missions, most nonprofits are more or less entirely consumed by the relentless task of doing little other than pursuing the almighty dollar.

Building a Bridge to Somewhere

Donated funds are an excellent bridge, of course, and a vital one for new ideas to get started in nonprofits, to incubate them before they're fully grown up. It makes perfect sense for us to fully support things we think are important but which do not yet have a known business model or which we want to keep away from the influence of money during the development stages, and to do so with no expectation of a financial return. To do less than that would be inhumane. But even donated funds need to be a bridge to a sustainable place where we earn our own unrestricted revenue, not just a bridge to nowhere.

And the likelihood that I'm right in suggesting we need some new thinking here -- as opposed to the likelihood that a system full of good intentions but sporting an absolutely dreadful track record of maintaining financial viability -- I think puts me much more near the position of being objectively correct, as painful as that may be to any of us.

Where are our priorities, ladies and gentlemen? We are giving away what's most precious in our society. And we're giving it away without a fight. Every day we see arts and other nonprofit organizations lose funding like a naive gambler loses bets against a shrewd bookie. And those of us who run arts organizations feel the pressure like a vice throttling our ability to serve society ever more forcefully with each passing season. And yet we praise very the people who want to deny us the right to act rationally for fear they'll criticize our artistic or intellectual or emotional integrity if we point out the elephant in the room. The nonprofit business model is badly broken and it needs to be fixed. Shame on us while we accept this state of affairs. The work of nonprofits is too important to society's well being for us to accept such a Mephistophelean compact.

In the weeks ahead, I'll explore with you some of the ideas that seem to be working, and some that don't. We'll consider the challenges and opportunities nonprofits face in all their beauty as well as in full view of their warts. I warn you in advance, however, some parts of this journey may not be pretty. So viewer discretion is advised. That said, I believe as a community, we can develop a more successful model of supporting the things we hold so dear, and which sustain our souls as a people. Entrepreneurship must become a partner to mission-driven nonprofits, not a feared enemy, not an ignored resource. The next step in our evolution may require new forms of partnership, innovation, and testing of blended models, to help us find the optimal formula for success in our own time. That being the case, we should be putting our best minds on this now because it's quite important. It's a necessary component of art and history and education and society. Together, I believe we can meet this challenge. What do you say?