Find a new ownership group. The culture must change. It is time to turn the page. In the high technology sector there are several candidates for ownership of a major car and truck manufacturer. We need forward looking people who are not restricted by the existing culture in Detroit. We need visionary people now with business sense to create automobiles that do not contribute to global warming.

It is time to change and our problems can facilitate our solutions. We can no longer afford to continue down Detroit's old road. The people have spoken. They do not want gas guzzlers (although they still like big cars and trucks). It is possible to build large long-range vehicles that are very efficient. People will buy those vehicles because they represent real change and a solution that we can live with.

The government must take advantage of the powerful position that exists today. The Big 3 are looking for a bailout. They should only get it if they agree to stop building autos that contribute to global warming now. The stress on the auto manufacturers today is gigantic. In order to keep people working in their jobs and keep factories open, this plan is suggested:

The big three must reduce models to basics. a truck, an SUV, a large family sedan, an economy sedan, and a sports car. Use existing tooling.

Keep building these models to keep the workforce employed but build them without engines and transmissions. These new vehicles, called Transition Rollers, are ready for a re-power. No new tooling is required at this stage. The adapters are part of the kits described next.

At the same time as the new Transition Rollers are being built, keeping the work force working, utilize existing technology now, create re-power kits to retrofit the Transition Rollers to SCEVs (self charging electric vehicles) for long range capability up to and over 100mpg. If you don't think this technology is realistic or available, check out the Progressive Insurance Automotive X prize. Alternatively, check out Lincvolt.com or other examples.

A bailed out Auto manufacturer must open or re-purpose one or more factories and dedicate them to do the re-power/retrofit assembly. These factories would focus on re-powering the Transition Rollers into SCEVs but could also retrofit and re-power many existing vehicles to SCEVs. These existing vehicles are currently sitting unsold at dealerships across America.

Auto manufacturers taking advantage of a government bailout must only sell clean and green vehicles that do not contribute to global warming. No more internal combustion engines that run exclusively on fossil fuels can be sold period.

No Big Three excuses like "new tooling takes time". New tooling is not a requirement for SCEV transition rollers.

Build only new vehicles that attain the goal of reversing global warming and enhancing National Security.

Government legislation going with the bailout should include tax breaks for purchasers of these cars with the new green SCEV technology. The legislation accompanying the bailout of major auto manufacturers must include directives to build only vehicles that attain the goal of reversing global warming while enhancing National security, and provide the financial assistance to make manufacturing these cars affordable in the short term while the industry re-stabilizes.

Eventually the SCEV technology could be built into every new car and truck as it is being assembled and the stop gap plan described above would have completed its job of keeping America building and working through this turbulent time.

Detroit has had a long time to adapt to the new world and now the failure of Detroit's actions is costing us all. We pay the bailout. Let's make a good deal for the future of America and the Planet. Companies like UQM (Colorado) and others build great electric motors right here in the USA. Use these domestic electric motors. Put these people to work now. This plan reverses the flow from negative to positive because people need and will buy clean and green cars to be part of World Change. Unique wheel covers will identify these cars on the road so that others can see the great example a new car owner is making. People want America to win!

This plan addresses the issue of Global warming from our automobiles while enhancing our National Security and keeping Detroit working.

Neil Young, activist (Bridge School, Farm Aid) rock legend, has assembled a team that is in the process of transforming his gargantuan 1959 Lincoln Continental from a gas guzzler into a showcase for green technology and sustainability. The car will be entered into the Automotive X Prize that offers a $10 million prize to develop a vehicle that can get 100 miles per gallon or better. The almost 50 year old Lincoln, one of the biggest, heaviest production cars of all time, has been re-named "Linc Volt" and is the subject of a feature documentary called "Repowering The American Dream" that is now in production under the aegis of Young's Shakey Pictures.

Here is a link to last month's New York Times story on the Linc Volt. Here are some photos of the car. 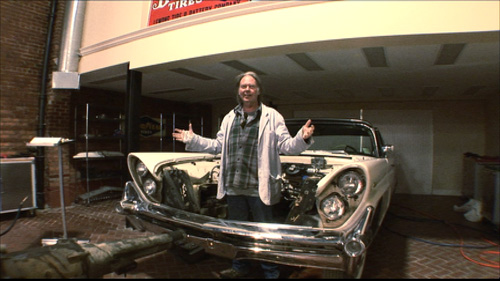 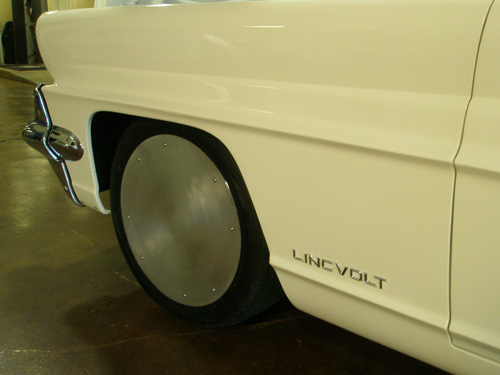 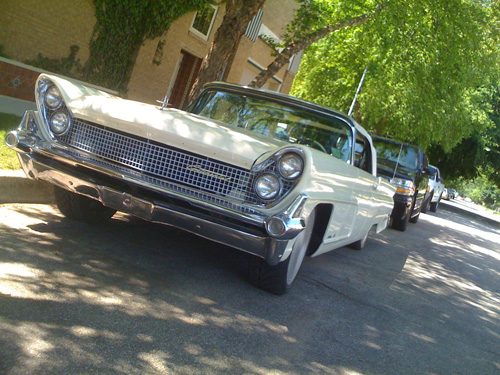 Should the Government Bail Out the Big U.S. Three Automakers? HuffPost Bloggers Weigh In