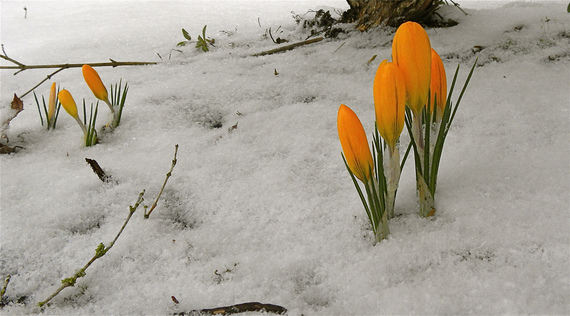 A gem of wisdom
Perhaps the most important fact you'll ever learn is that some charities are hundreds or even thousands of times better than others, and that an excellent charity evaluator called GiveWell identifies the very best based on solid evidence. Think medieval doctors applying leeches whilst doing rain dances versus modern-day doctors performing successful brain surgery one day and organ transplants the next. You now get the general idea of the difference between the best and worst charities.

Two reasons for this big difference in charities are that:
1. Most don't use evidence to inform their actions e.g. Homeopaths Without Borders; and
2. Most charities don't really address important issues e.g. Musicians Without Borders.

Because of this large variance if you want to do good with your donations you should be skeptical.

Your default assumption should be that a charity has no impact unless it's proven otherwise.

And that's where GiveWell's research comes in. It goes way past looking at the ratio of administration to program costs -- that just shows which charities are really bad. To identify the best GiveWell actually looks at how effective a charity's programs are. This means that donors can be confident that they will have a significant positive effect.

It's easy to see the detail with which GiveWell evaluates charities. To give you a picture, their write up on the Against Malaria Foundation references 102 sources and relies on the results of more than 20 randomized controlled trials (RCTs). RCTs are widely regarded as the gold standard of scientific evidence and applying them to charities allows us to actually find out whether a charity's program works. Imagine:

Fundraiser: "Hey! Would you be interested in donating to an awesome charity."
Donor: "Maybe. What were the results of the RCT on your intervention?"

Many people, when they die, will have a significant amount of money to pass on. For most, the initial reflex is to leave everything to their children or other members of the family.

Here's why that might not be the best choice for every last dollar:

All of this makes inheritances an ideal thing to donate to effective charities.

Philosophical nails in the coffin

But that's just the tip of the iceberg. Two renowned philosophers who have written extensively on the topic of global poverty are Thomas Pogge and Peter Singer.

Even though they differ greatly in their approach to moral issues (Pogge believes some actions are right or wrong regardless of their consequences whereas Singer thinks that only their consequences can be right or wrong), they both agree that inhabitants of the first world have significant obligations to those in the developing world. It's rare for philosophers to agree on much so that in itself is exciting. What is amazing is that they have both actually pledged to donate at least 10 percent of their income to address global poverty.

Singer on the other hand says that refusing to help the global poor who are in severe need is as bad as walking past a drowning child and refusing to save them because your favorite jeans or new shoes would get wet. Central to his philosophy is that doing the right thing is about the positive impact you have and doesn't matter if that impact is in your backyard or Bambili-Dingila.

A legacy worth leaving

If you're reading this in a developed country then you very likely won the jackpot in the lottery of birth, ending up in the wealthiest few percent of the world's population. (If you don't believe me then plug in your details into this calculator. You really should, it might change the way you look at the world.) This means that we all have an incredible opportunity to do an epic amount of good.

Now let's do some math. To keep it simple suppose you inherit $10,000. Here's what a donation of that amount to GiveWell's top charities could achieve.

Donating to the Against Malaria Foundation, a distributor of long-lasting insecticide treated bed nets, would save the lives of two or three people. That's the most cost-effective way to save lives with a donation. Though many other charities claim to be able to do so for less, their claims simply don't hold up under scrutiny.

Donating to GiveWell's recommended deworming charities, which work to secure the large-scale implementation of government deworming programs, could deworm 20,000 people. This is something to be excited about it because deworming has been shown to be a very cost effective method to improve school attendance and adult wages. In fact, deworming is 50 times more effective than scholarships at increasing school attendance.

A donation to GiveDirectly would give 10 people a gift of three times their annual salary, which has an effect comparable to someone giving a person in a developed country $75,000. These heavily studied cash transfers have been shown to have major impacts on the quality of life of recipients. Head on over to GiveDirectly's website to find out more.

The problems of our world are massive. Whilst an inheritance may be small in comparison - by donating some of it, you can make a large and tangible difference in the lives of others. It's a real step in the right direction.

To make it as easy as possible to do, the organisation Charity Science has created a quick and simple process that takes about 5 minutes to complete. After that, you come out with a ready-made will. And don't worry if you're not sure what to put in it; it's easy to change and you can always do it later. So give it a shot here. The default option should be to set it up just in case something terrible does happen, that way you always have something ready. After that you can talk to your friends, parents and grandparents and see if they would be interested in doing the same.

If enough people act on this there is always the chance a critical mass is met. Just imagine if this message went viral. If more people helped by sharing this on social media or by good old-fashioned word of mouth, who knows what might happen...