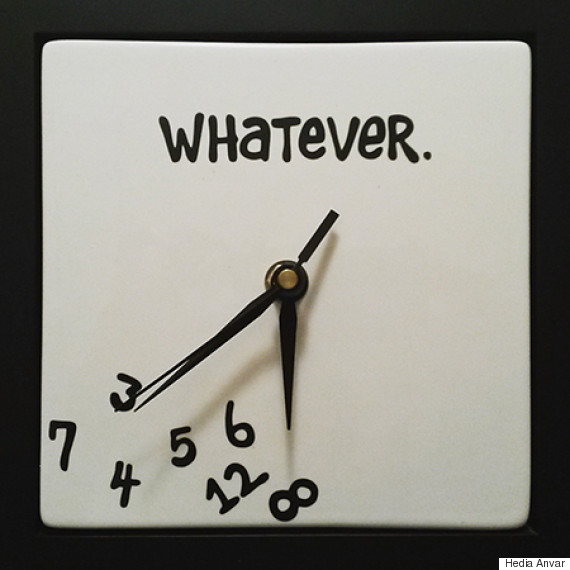 Each year seems to move faster than the last for adults, and the fault partially lies with retail.

It's context. Within a two-week period, we jump from a summer state-of-mind to fall because Big Retail decides it's time to sell Halloween stuff right after 4th of July. I see Halloween orange and black and immediately think Thanksgiving because of pumpkin overlap. From there, turkey overlap, and my mind leaps to Christmas, New Year's, crumpled party hats and depressing tree corpses.

Thanks Big Retail, you just stole six months of my life.

Think about it, you didn't have a Big Retail membership when you were eight and childhood seemed eternal.

When TV shows return in a timely manner, I panic because it feels like I just got through watching last season as it aired, loving and hating being squeezed bone-to-bone next to my man on the one replica Eames chair. I may even still have a bruise healing on my hipbone from being pressed to his. If time moved as slowly as my skin heals, I'd still be 12. But no, time moves at the speed of Big Retail.

Linear time is unnerving because it has "passing" built into it, like we're passing through life. The movement of time equals growing old, and we all not-so-secretly consider that a punishment. It's like we're edging towards execution for a crime we didn't commit.

Of course, time doesn't actually move. It doesn't have velocity any more than it has wings. We're the ones who assign motion to it by giving it numbers. When we don't have a watch or phone with us, time feels different. We can't measure its so-called movement, so one hour can feel like two. At a place like work, that's a literal drag. But in our garden, sipping lemonade while our kids play pirate on the lawn? We've effectively doubled time.

We also set arbitrary personal markers to delineate time. For me, it's TV show seasons. However frustrating it is to wait three years for certain shows, it does have a way of slowing down time. A ninety-second roller-coaster ride might disappoint because it feels short, but waiting for the same minute and half outside someone's door after knocking brings resentment.

You might argue that as units of measurement, minutes and hours are absolute. Not so. Forget about head-exploding relativity in space. An hour on an airplane is not the same as an hour in Texas. The difference is fractional, granted, and up for scientific debate whether it moves slower on a plane because of time dilation, or faster because of distance from gravitational pull. But back here on earth, there's no debate that Big Retail is the culprit for speeding up seasons.

It's up to us to slow it back down.

Punctual people never understand the problem of the chronically late. The same way we can't expect an addict to simply "stop," a chronic latecomer can't magically become punctual. I know, because I'm that late person. I miscalculate how long things take and expect to cram in 20 minutes' worth of work into five when it's time to get ready. It's a delusion that resets itself daily. Sure enough, "20 minutes worth of five" ends up being 20, even 30, minutes. While I "stretch" time for myself, the extra minutes are stolen from people who've been waiting for me. Guilt-ridden, I'll skip showering, drive like I'm in a car chase and spend lunch ducking under the restaurant table to escape eye daggers.

We can slow down time without stealing it from others by avoiding the psychological markers that speed it up, such as toddler gladiator costumes under a "Trick or Treat" poster in July. Stores extend their holiday boom by starting it four months early. Meanwhile they rob us of summer by changing the context to a different season, which is no different than me extending five minutes by stealing 20 from my friends.

Throughout the school year, holidays act as guideposts, breaking time into short chunks. It's great when you're in grade school and a year is one-sixth of your life. But when it's one-thirtieth of your life, chill out Big Retail, nobody needs winter in July.