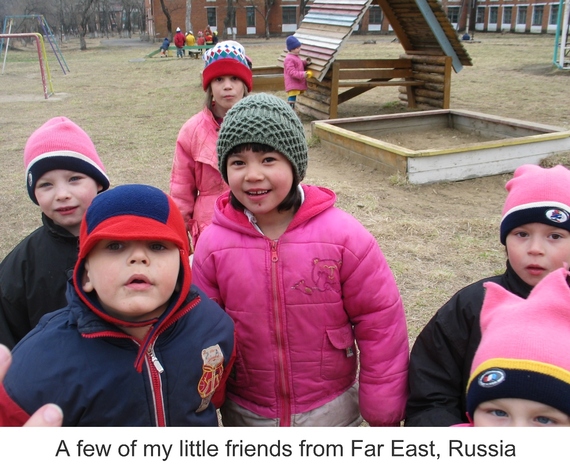 Marina was seven and Jula was five, like my daughter-to-be. I don't know how old Jenya, Maksím, André, Dasha, Ksenya and Natasha were, but it would have been within the same range. I don't remember the names of the others, though I have never been successful at driving their faces from my mind. About a dozen of them shared a dormitory room where two rows of children's beds--with painted wooden headboards--waited for the child assigned to that space. Each bed was made with a neatly folded comforter placed on top. Comforters. How ironic. How temporary.

Those children made me their friend even though they knew I would take Sarah away and leave them behind. During three weeks, spanning two visits to Russia, we threw snowballs at each other, played on crude playground equipment and colored pictures surrounding tables in a play room. They wanted to grow up to be cosmonauts and sports heroes. They wanted to be ballerinas, circus performers and doctors. How kind childhood is when it allows those who possess it to have hope; even if it is false. How wonderful to have no comprehension of politics, statistics and probability. 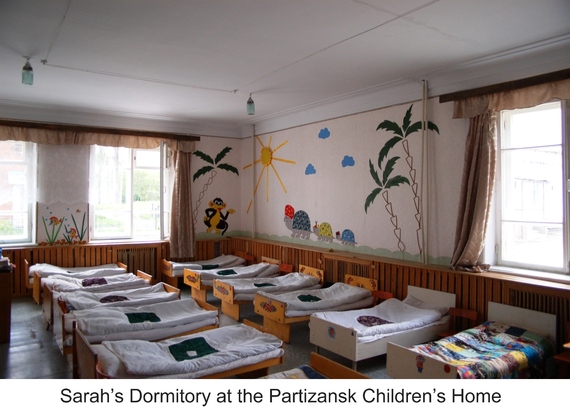 I was far past that time in my life when I met them. As I watched my new friends, I remember thinking that I wished I didn't know what they didn't know.

As I returned home, I talked with my brother/business partners about what I had found. We resolved to do something about it and set out on unprecedented investment in our family business with the goal of growing it to the point of being able to afford the program I envisioned. I wanted an organization that would spend a couple of years preparing these social orphans for the outside world, before they left institution life. Then we would help to subsidize their continuing education. It would take hundreds of thousands of dollars, but I saw little reason to save children by feeding and housing them if they would have no chance to live. I wanted my little friends to have real lives. I wanted them to be able to care for their own families-to-be rather than being left with only one option for their own children; to turn them over to the same system which had failed them.

By early 2012, we were financially ready to embark with a pilot program. Initially, our presentations were very well received. Then catastrophe struck. The Russian government decided they were tired of foreign charities getting involved in Russian politics. A law was passed requiring any Russian organizations that accepted foreign money to register as Foreign Agents. Our friends in Russia begged us to stop pressing them to help us. They told us they could not label themselves as spies.

As we are taught by the five stages of loss and grief, after the denial, anger, bargaining and depression comes acceptance.

My friend who was helping us to establish our program lived in the U.S., grew up in the Republic of Georgia and spent most of her adult life in the St. Petersburg area. Since Russia was a hopeless cause, I was asked if we would consider using the money to establish the same type of program in the Republic of Georgia, where my friend had connections. 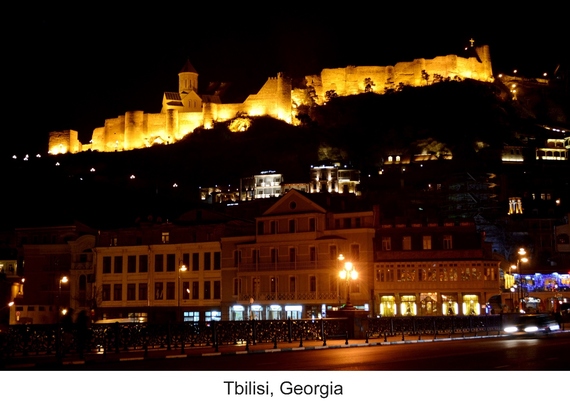 What did I care about kids in Georgia? I loved the children who had made me their friend. I loved the ones that stole my gloves so I would chase them. I loved the kids who tried to climb me like a tree while attempting to reach the fascinating video camera I used to film them. That's who I had worked so hard to help.

As we are taught by the five stages of loss and grief, after the denial, anger, bargaining and depression comes acceptance. We sent my friend, Diana, to Georgia.

It took all of the money we could pull together and huge amounts of donated time and resources from Diana's friends and other contacts in Georgia. Finally, Program Chance started off with ten students in early 2013. Juniors attend after-school classes on two days a week and seniors attend their classes on another two days. They are all working towards attending institutions of higher learning when they age out of the current government program that provides for them. 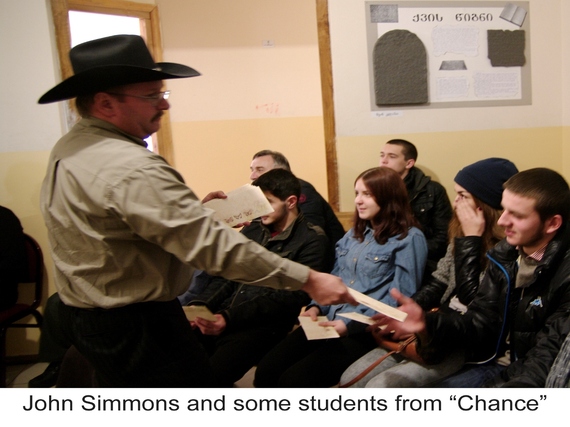 I have come to love my new young friends in Georgia just as much as I love those who made me their friend in Russia. I haven't forgotten my Russian friends. I never will. My heart still aches for them, but that pain is soothed by the happiness that I gain from knowing that my new Georgian friends really will have a chance at life.

I don't know why whatever Higher Power that rules the universe didn't allow me to help the ones I wanted to help. I'm sure I am only one of a long and distinguished list that asks that question. Sometimes, as in my case, it's borders and politics that keep us from helping the ones we love. Other times debilitating diseases and eventually, the death of a loved one might block us. Perhaps the most difficult situations arise when the one we want to help won't allow us to really do what it would take to help, rather than enable them. Still, I have learned that there is a way to reduce the pain of not being able to help the ones we love.

We can apply the time and resources we would have given, to someone else that we can help. This simple decision doesn't cost us any more time and resources than we were willing to give in the first place. Doing so leaves us short on time to hate, to fight, and to be depressed. I am confident that the assistance my family, our friends and donors give to a few kids in Georgia will improve some of their lives. Even more importantly, it makes my life and the lives of the others who help, better.