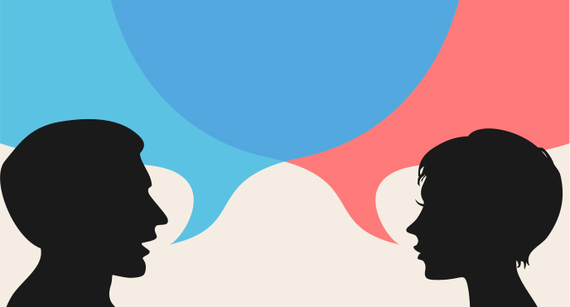 Whether we admit it or not, all of us, at all times, prefer to be never knowingly short of an intelligent opinion. We can also all relate to sometimes being stuck in a conversation about which we wish we knew more. However, there are a few tricks you can employ so that you never look or feel like an outsider.

The key is mild preparation. Know your audience. If you're about to have dinner with someone who will inevitably bring up politics, perhaps take a quick look at Hillary Clinton and Donald Trump's twitter feeds, before reading one or two headlines from Politico. There are also a few standard phrases that you can always lob into an exchange about this topic and appear wise. British Labour Party Prime Minister Harold Wilson's phrase: "A week is a long time in politics" is evergreen, as are the remarks: "On some levels we get the politicians we deserve," "You don't win campaigns by playing defense" and "It's easier to campaign than govern."

One or two crisp facts will do wonders for any point that you're trying to make. Note sagely that there is a revolving door between Capitol Hill and K Street, before recalling that during the Obamacare debate, over 3,300 lobbyists registered to work on the issue. There are only 535 members of Congress. That's six lobbyists for each member.

If you must try and win a debate with a conservative, say something along the lines of: "A conservative is a politician who wants to keep what the liberals fought for a generation ago." If your aim is to squish a liberal, just use P. J. O'Rourke's: "The principal feature of American liberalism is sanctimoniousness." Your pivot out of a cantankerous chat? "Wake me up on November [the day after the presidential/midterm election]." It shows you know enough about politics that you are aware of when the vote is, thus making even your ennui appear informed. That would be November 9, 2016 for this election cycle, to save you the Google. You're welcome.

Cocktails with a Wall Streeter and have no interest in combing through the Financial Times before your rendezvous? Once again, some wise words always hold true and are worth committing to memory. Express that you agree with economist John Kenneth Galbraith's infamous appraisal: "The only function of economic forecasting is to make astrology look respectable." It got me through enough Fox Business television segments anyway. Another useful adage, which can also crop up in multiple topics is: "Wall Street likes certainty." Take an elaborate sip of your beverage and just wait while your companion launches into a diatribe.

At some moment, you will wish them to stop ranting about Brexit (invoke Churchill: "democracy is the worst form or government except all the others that have been tried") or the latest crisis du jour. So make sure you have at your disposal a brilliant but appropriately obscure nugget to show your sophistication. Remark that the monuments on euro notes are fictional so no country's national pride is offended. This will allow you the perfect segue to your pivot out of a financial discussion, which is not somewhere you ever want to linger long. Ask your companion what their favorite European city is and you'll be able to start talking about wine and/or real monuments in no time.

Sometimes, the key to intelligent conversation is to sit back and listen, especially if you manage to find a specialist on an area where it's forgivable you don't know more. Take the Middle East. I'm a Brit and I can tell you that it's perfectly acceptable to kick off a tête-à-tête by blaming us for the area's issues -- the post-World War I boundaries made no sense on religious or ethnic grounds, and we're paying for that today. Then ask questions. Most people love to hear the sound of their own voices and sometimes it's worth taking in what they have to opine.

It may be unfair, but Americans don't have the best reputation around the world when it comes to their grasp of geography -- the myths surrounding your countrymen's command of it are the stuff of urban legend. Thus a maxim to throw out there if you happen to be in a chat with anyone from abroad is: "There are no foreign lands; it is the traveler only who is foreign." Please don't make the mistake that "overseas" means Canada or Mexico. Americans don't have to travel over any seas to get there.

Sometimes the best way to overcome a perception problem is to gently laugh at it while letting slip that you know better. Perhaps cite the Boston Bombers back in 2013. In response to so much social media activity incorrectly identifying the suspects as having Czech, rather than Chechen, origins, the Czech ambassador to the US had to issue a statement pointing out that "the Czech Republic and Chechnya are two very different entities -- the Czech Republic is a Central European country; Chechnya is a part of the Russian Federation."

The most confident conversationalists have techniques so that they always appear intelligent even if they're scrambling for something to say. One cable news host I know uses the word "exactly" to buy time while he figures out how to respond. Other solid methods include repeating a question, using pauses and remarking "interesting point." To end a debate that you appear to be losing with your reputation intact, mutter: "after all is said and done, more is said than done" and then steer the subject to something else. I'm a fan of remarking that the shortest complete sentence in the English language is "Go," and suggesting a trip to the bar.

For, as I'm sure you've noticed by now, at the end of the day, if you don't like a conversation, the intelligent thing to do is change it. 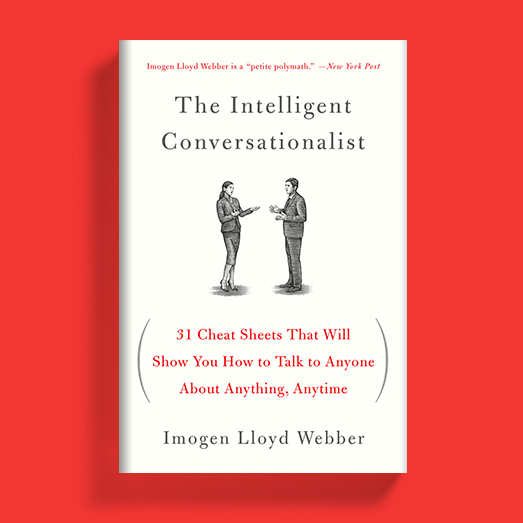 Imogen Lloyd Webber is a broadcaster and writer. She is the author of The Intelligent Conversationalist: 31 Cheat Sheets That Will Show You How to Talk to Anyone About Anything, Anytime, The Single Girl's Guide, and co-author of The Twitter Diaries: A Tale of 2 Cities. She lives in New York City.