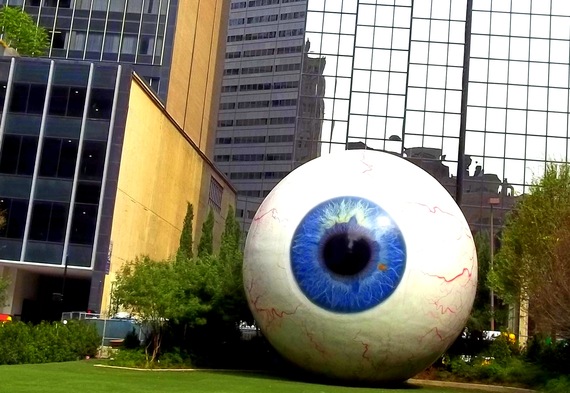 Yeap, just that, not twelve hours, not a whole entire day - but just a few hours in passing through the megapolis of Texas. Done with JFK? not quite yet. The generations who remember clearly the day in 1963 when the handsome president was assassinated (see the excellent 2006 film by Emilio Estevez, "Bobby") can tell you how vivid the day had been and how traumatizing the event was.

For younger adults, they have learned in school that important part of American history, when sensational events were only reported by newshounds from TV and radio channels, no Internet, no Twitter, no instant info.

In the case of JFK's assassination, hundreds of visual witnesses came forward to document what happened that day with their eyes, their cameras, and their cute little Kodaks.

But enough said, I did not come to Dallas for that or to see any of the ever present memorabilia about the tragic happenstance. I went to see the vibrant city, the skyscrapers, the football fans, and of course, the size of the steaks.

Everything is bigger in Texas. So they say. I don't know, it's hard to measure and compare, but the steaks might indeed be larger here. We did not get to stay in a hotel, but we visited one downtown, just for the sheer pleasure of viewing their pool. What? Yes, this unique pool is worth a visit at The Joule Hotel on Main Street.

Hanging from the 10th floor, the clear end side of the water reservoir sticks out from the building to create a suspended cement block in the air. Would I swim in it? Nope. The view is scarier from the street below, the idea is somewhat too unsettling for me - but what a great location for a party! 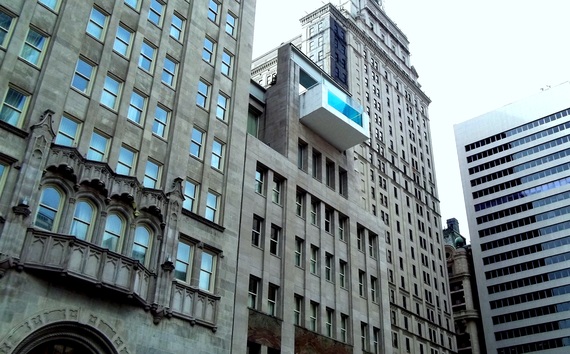 The grass area across the street has a 30-foot tall fiberglass eyeball the size of a giant monster and is the site of the annual Eye Ball in April. The sculpture was created by Chicago-based multimedia artist Tony Tasset.

We ate brunch at one of many La Madeleine, my usual French breakfast joint for coffee and real croissants. Then we headed to the DMA (Dallas Museum of Art) to see the special exhibit "Divine Felines: Cats of Ancient Egypt."

Having studied archaeology and ancient Egypt, I was looking forward to the show but was a little disappointed. Every artifact is kept under glass cases, for obvious protection, but then it takes away the feel and emotion that the pieces could bring. I saw many such ornate pieces in Egypt, and I must say that they were never under glass. After resisting millenniums, I think they could have resisted one more exposure in the air-conditioned rooms of a Texas museum.

Maybe it's because some of the cats are so tiny, it would be easy to steal them - but then again, who would do that? I was a little upset and felt craving more. The show does not have enough to exhibit and could have used more embellishment in its presentation since the subject matter is so rich and powerful. The show is on view until January 8, 2017.

The DMA is a magnificent museum, with soaring halls and state of the art tech to enable visitors to enjoy art in various media. This is a great place for kids of all ages to get familiar with what art is and should be.

The little park running alongside the entrance of the museum (Klyde Warren Park) has a nice food trucks line-up, and on this side of the museum, a Mediterranean crèpes hole in the wall offers the Italian tuna socca, a chickpea flour flat bread with greens and capers. 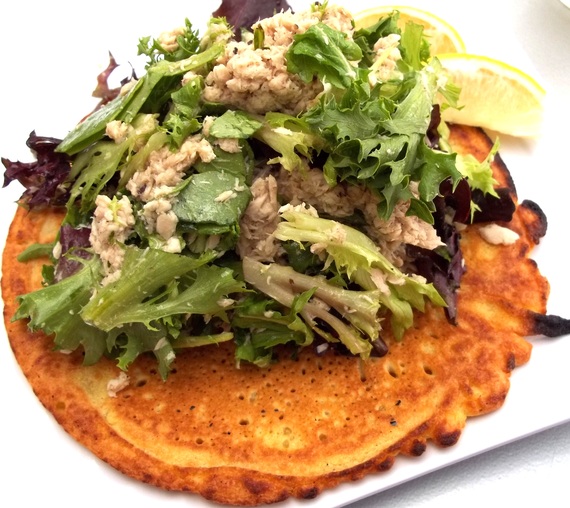 Is Dallas the most eccentric and visually diverse city in the state? I certainly had a feeling of a great city, with lots of green parks, all of my favorite food stores (Trader Jo's, Whole Foods...) and an aerial subway system (DART).

The downtown line-up of modern skyscrapers stands tall among older brick buildings, the tallest ones of their days. The city has a good vibe of youth and innovations; it feels like a place of great openings for adventures and daring opportunities.

The last stop of the day was for an early dinner at the famous Pappas Bros. Steakhouse on Lombardy Lane, and even though I do not eat meat (veggies I had), my partners all agreed on the amazing taste and size of their "dry-aged in-house" steaks.

So you see? I did not talk at all about the Dallas Cowboys, or George W. Bush, or the Dealey Plaza Sixth Floor! So we must return soon for many more hours - It will be with pleasure.