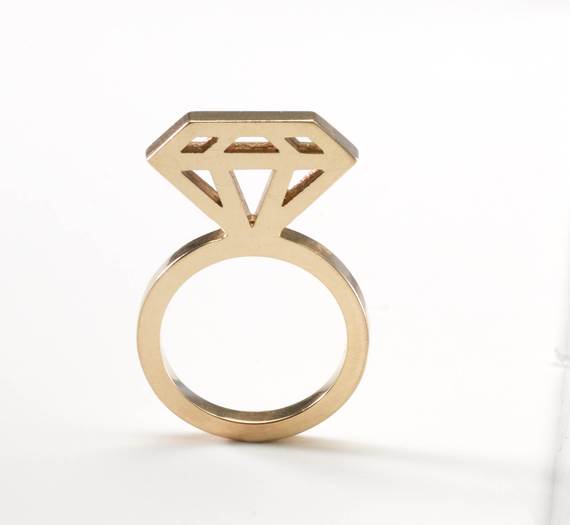 The best part about a proposal, our experts agree, is the element of surprise. If you want an unexpected proposal -- and to honor your guy's work to plan one -- it's time to stop doing these four little things that could spoil his big surprise. Check it out.

1. Refusing to head out when he's made plans.

You don't want to go out in the rain, and who could blame you. But your beau has a plan that includes a stroll through the drizzle, and by slamming the breaks on heading out in bad weather you could potentially ruin said plan, says Sarah Glick, proposal planner at Brilliant Event Planning in New York City. True, "a proposal plan should always have a decoy that's normal enough that it doesn't raise suspicion," she admits. But if you have even an inkling a proposal could be coming, it's best to say, "yes" to every offer to go out.

2. Refusing to go with the flow on a date.

If your guy manages to get you out, it's time to go with the flow. Because declining to order dessert when he suggests the cheesecake is to-die-for or refusing to snap a photo could mean you don't have a physical memory of one of the biggest nights of your life, says Michele Velazquez, owner of marriage proposal service The Heart Bandits. "When you're on a date, whether your boyfriend asks you to go to the top of the boat, step outside, or go for a walk after the event -- go with it," she says. "It could be your day."

3. Getting too chatty with his friends or family.

When your guy is planning his proposal, he may have turned to his closest friends and family for advice -- or to dish the details and share in the excitement. So pumping them for information isn't smart if you still want to be surprised. "They could spill the beans without even saying a word," says Glick. "A shared glance or a whispered conversation could be enough to tip you off." When you run into his friends or family, it's best to steer the conversation from your future and into the present. As for the guy about to propose, Glick recommends, "only those who are directly involved in the plan should know about it until you actually pop the question."

4. Sticking your nose where it doesn't belong. (Like, his sock drawer.)

It could be innocent. But it's more likely that if you stumble upon a hidden ring or uncover his secret plan, you've gone looking in a drawer, bag, phone, or email account you have no business being in. "If you snoop through a phone or email, you could find a reservation or proposal plans," warns Velazquez. If you do snoop, she says, "the consequence is ruining your own surprise and ruining everything he has been working so hard to plan for you."