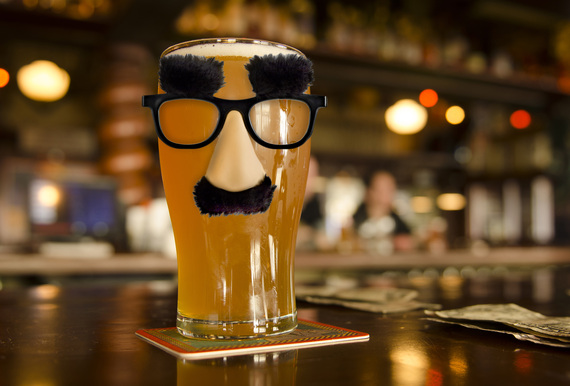 Most bars serve beer. But that doesn't make them "beer bars," those oases for discerning beer-lovers looking to really nerd out on the best brews in the world. But the term "beer bar," like so many others, has become bastardized to the point that it's hard to tell whether you're in for a world-class experience or a glorified frat party. These are the signs that a "beer bar" is using the moniker a little too liberally... and likely pouring conservatively.

More: Every State in the USA, Ranked by Its Beer 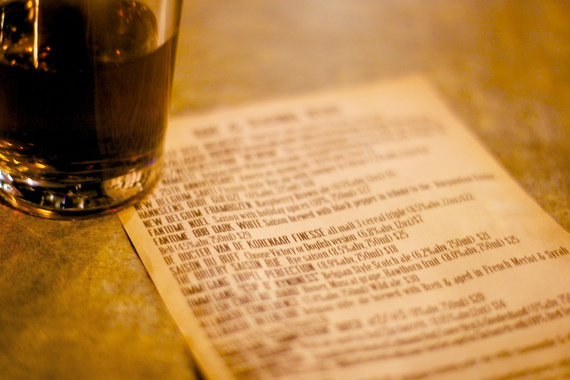 The beer list is separated into "foreign" and "domestic"
Misleading and out of touch, the domestics, premium, and/or imports section on a beer menu should be limited to Applebee's and airport bars from the '90s, but occasionally they're unwelcome holdovers from another era, like Christina Aguilera or Regis Philbin. Not all "domestic" beers are even brewed in the US. There's a good chance your Guinness was brewed in Canada. "Premium" is just a word. It's about time we just start calling beer "beer."

It refers to all the taps as "microbrews"
It's hard to call Sam Adams a "microbrew" anymore. By 1984, the term "craft beer" was born as the once-tiny microbreweries were increasingly industrialized, yet breweries shelling out 6 million barrels a year are still called "microbrews" in some places. Even "craft beer" has become irrelevant these days, with constant redefining and multiple interpretations to the point that no one can be expected to clearly understand it. The only place that should be selling "microbrews" is a retro '70s throwback pub with shaggy carpet walls that smell of smoke and stale "microbrew."

It only carries "nano" beers
The only thing worse than a beer bar that only stocks "microbrews" is one where the manager believes the size of a brewery's output directly correlates to quality. Trust us: some pot-bellied beardo stirring cans of malt extract into a dirty pot on a turkey fryer does not make better beer than Sierra Nevada. I'm all for supporting the little guy, but just because your buddy told you that your homebrew is great does not mean you should start brewing professionally. That's not to say that there aren't great nanobrewers, but they are likely to start producing a lot better beers after they move out of the garage and into a practical facility with professional equipment. In the meantime, can I get some beers on tap by someone with a brewing degree, please? 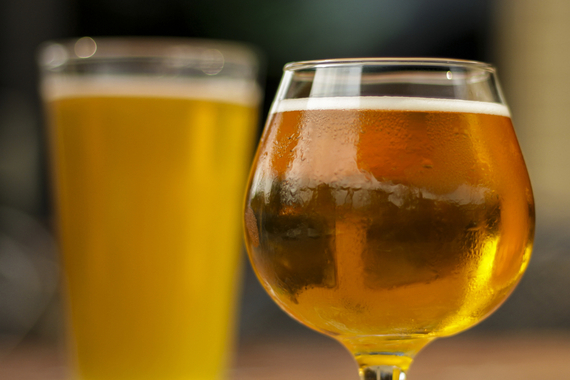 It insists on serving all foreign beers in small glasses
Just because a beer is from another country does not mean it should be served in a snifter, tulip, chalice, or other glassware of the week. A hefeweizen is of German origin, but I can't imagine anyone serving it in anything smaller than a pint glass. All Belgian beer is not high alcohol and does not demand a smaller pour. Feel free to pour a 4% Berliner Weisse or a Radeberger pilsner in a pint glass, or even a mug. 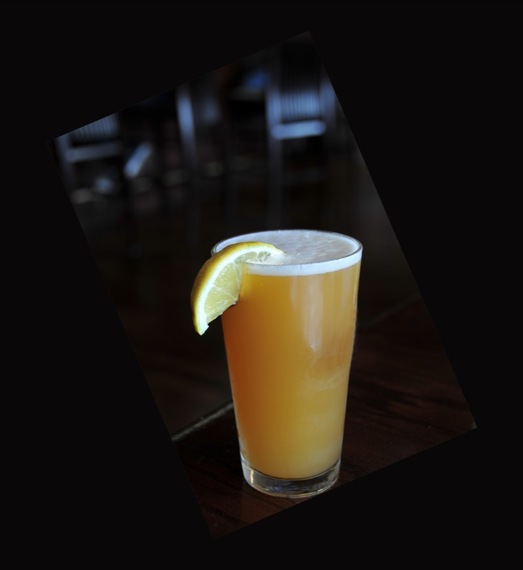 It serves all wheat beers with a lemon slice
We really don't mind fruit in our beers if that's what the brewer intended, but I need a wedge of fruit on my glass like I need a bed of lettuce for my fish & chips or a sprig of parsley on my salmon. Nothing will kill a beer's head and aroma quicker than a wedge of citrus on its rim. In the name of good marketing, Widmer Brothers invented the lemon wedge garnish for its hefeweizen. It was so successful that every amateur thinks garnishing any wheat beer with a citrus fruit is just proper serving etiquette. It's not. At all.

To find out 6 other ways you can easily spot a fake beer bar, get the full story at Thrillist.com!

The Best Foods to Eat Before You Go Out Drinking