I've recently had an increasing number of conversations with other UX professionals about the difficulties in finding true UX talent and how they have been encountering people that are not really UX Designers. It seems these "Masqueraders" usually appear when you are interviewing for a UX Designer role. Some project managers have even been duped into making a wrong hiring decision, only finding their mistake later on when it becomes as clear as day that the applicant did not hold the skill set, or level of UX skills they had claimed to.

There also seems to be a series of common traits with these Masqueraders, but first -- why are there so many of them? 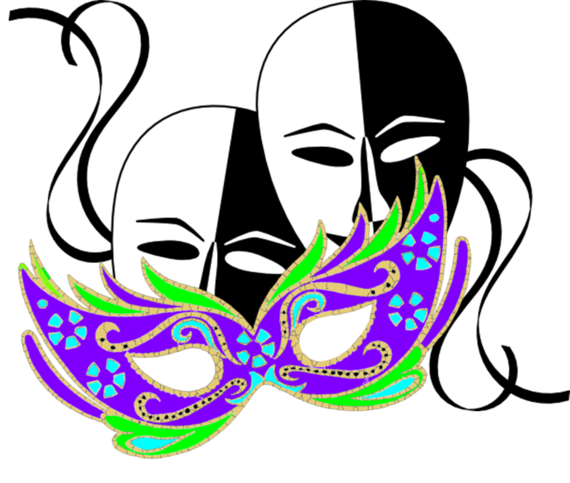 Given the accessibility to a vast array of similar products UX has become a hot topic over the last few years. User Experience is now a differentiator and therefore "UX Designer" has become a role that every project leader knows they need, despite not always fully understanding what it really is. Or, even more common, they confuse it with UI. How many roles have you seen listed as UX/UI? The problem is a UX Designer has to understand every phase of the product lifecycle, from concept to design through testing and delivery, and, perhaps most importantly, how carefully designing the connection points with the end user in mind throughout will impact the user experience.

A true UX Designer is "someone who has the full range of skills to take all aspects of UX into consideration and deliver the most value to your users". With the skillset in increasingly high demand, I have seen hundreds of resumes in which people will twist anything into a "User Experience Designer" role. What's more, they all claim to be a User Experience Expert - whether they responded to a survey once, created some wireframes, made a website... you get the gist. The worst case is when Masqueraders have managed to get into a decision-making leadership role -- yet, it is quite blatantly obvious they know very little about how to actually design experiences.

To be honest, with the industry and job description still being defined, you cannot really blame people for not knowing how to spot the correct talent. It is also worth mentioning that many people across various disciplines are genuinely trying to learn what's needed to become true UX designers.

Here are some of the Masquerader's most common traits and key characteristics that seemed to come up, in order to help you spot those with the skills to really add value to your business.

1. They use the words "Experience" and "User" all the time.

Masqueraders talk about "experience" without really saying anything about it at all. They use it as a buzz word, like if they say it enough people will think they know all about it. They also use the word "User" a lot, but often they really haven't spent any time truly understanding who their User is at all.

2. They ask for supporting data when someone else's point of view doesn't align to their own.

Once, I remember being in a discussion with a Masquerader on the design of a solution - they had one idea and I had another. Since they were prototyped already anyway, it was suggested to observe some people using the solutions so we could actually get some real user insight and iterate from there. In response, the Masquerader emailed me a link to some internet article which supported their design decisions and stated there was no need to do any observation. RED FLAGS GALORE. 1) The link was from the 1980's. Nothing wrong with that in itself, but much more relevant research was available that would have been more applicable to what we were designing and the times we were designing it for. The Masquerader had basically searched to find something to back up their idea. 2) "No need to do any observation"... Enough said.

Sometimes masqueraders go the other way. They want to gather data by asking questions like "Do you like this?" Then when someone says no, they change the item straight away as opposed to observing users and analyzing the true experience. They tend not to see the difference between needs and wants.

3. It is their way or no way -- even though they pretend they listened to the users.

This is one of the more dangerous characteristics. They go through the motion of getting "feedback", but then do not use it (or use it improperly) and stick with their pre-conceived idea of how they want the solution to be in their own little world.

Have you ever given feedback or questioned how a design works to a team and found the response to be "because so-and-so wants it that way"? Generally this happens when a leader assumes their opinion is the best experience.

4. They do not know when to apply which theories, at which point in the process or for what purpose.

Actually, they do not really understand the thinking process at all.

I remember once, we were thinking through how to measure experiences consistently across the total portfolio; the Masquerader said we all had to use SUS scores. Now, SUS scores absolutely have their time and place, but the masquerader had no concept of when or where these were, or the fact that SUS scores wouldn't tell us everything because the results they give are dependent on many variables. Various types of measures have their benefits, but observing your users is extremely powerful both in analyzing your product and to innovate and spot the experience gaps.

Have you ever noticed that these people tend to Google... a lot. Linked to the above, in fact that is exactly what happened. The Masquerader had Googled "how to measure experience". SUS scores had come up, but since they didn't have the knowledge on how to execute them, or when they should be used in comparison to other methods - it was all they could talk about.

That seems to be a trend. It is often painfully obvious when someone has just Googled a term or phrase without taking the time to really understand the whats and whys when it comes to implementing them.

6. They lack understanding of how experience is connected throughout the whole lifecycle.

Often, the Masquerader will operate without understanding the impact they are having on the rest of the experience for the user. For example, they may design a screen - but not be thinking where the user was, what the user is trying to do, how support is impacted etc. Instead they are just focused on making the screen look good at that point in time.

Knowing how to potentially spot a Masquerader is useful to avoid wasted time and hiring dollars, but knowing how to build a Kick Ass UX team is key. Some insights to this can be found in a previous post that you may find useful: "A-Team, Criminal Minds, Scorpion and UX?!". It is vital to optimize the number of positions you have available to ensure you have a mix of people skilled in the right areas of UX, such as design, usability etc., plus at least one true UX Designer. Masqueraders can certainly hold key skills in a specific part of UX Design; it could just be that they are not the true UX Designer that the job or position really needs, as they can be difficult to encounter.