We all want to believe that nonprofit corporations are full of hard-working people committed to improving society--and most are. But even the most well-meaning nonprofits can get into financial hot water.

Unfortunately the temptation to cover up financial problems can be particularly seductive for nonprofit managers.

For starters, nonprofits are only required by federal law to report discrepancies of more than $250,000, or over 5 percent of an organization's annual gross receipts or total assets. 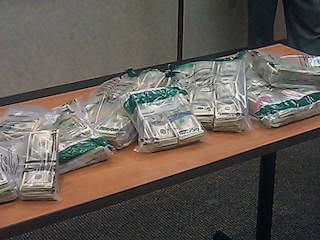 By the time a nonprofit is that far into the weeds, the impulse to cover up the problem--versus coming clean and risking losing millions from spooked donors--can be overwhelming.

A shocking Washington Post investigative piece published October 26, 2013 discovered that from 2008 to 2012 over 1,000 nonprofit organizations had indicated on their federal disclosures that they had discovered a "significant diversion" of assets. These were losses attributed to theft, investment fraud, embezzlement and other unauthorized uses of funds.

Perhaps the most well known example of this came at the hands of Bernie Madoff. When nonprofit organizations like Yeshiva University and Hadassah, both of whom lost significant funds invested with the Ponzi scheme, but fraud also commonly includes simple mismanagement and even stealing. 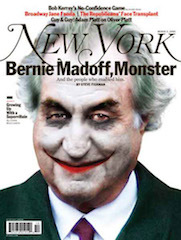 As the Post pointed out, this "drained hundreds of millions of dollars from institutions that are underwritten by public donations and government funds."

Just ten of the largest disclosures identified by the Post reporters cited combined losses totaling over a half-billion dollars. And these are the nonprofits that had admitted they had discovered financial fraud.

If you are involved with a charitable institution as an employee, donor, supporter or board member, here are the two prime warning signs that the non-profit you care about may be experiencing financial irregularities.

Sign #1: You can't get financial data.
Nonprofits should be financially transparent. As a stakeholder you should receive these five financial numbers every month--without having to ask for them:

1) Cash balances in all bank accounts.

2) An accounts payable aging report. This shows all bills owed to vendors, listed by date. You want to see this because one way nonprofit management teams get away with financial fraud is by avoiding paying vendors, particularly small powerless vendors.

3) List of all credit lines, including letters of credits, and amounts borrowed.

4) List of all confirmed receivables, such as obligations for payments, donations, and loans.

In addition, you should be able to see the salaries and benefits of the top executives anytime you ask for this information. You should also receive three financial reports every month:

Read these reports carefully and don't hesitate to ask questions about anything you see that doesn't make sense.

Enron's multi-billion-dollar fraud was exposed by a team of Cornell graduate students who asked first-year business school questions about the company's financial reports.

How did these B-school kids uncover problems at Enron that professional regulators and asset managers had missed? They did the math.

The largest scam of all time in the nonprofit world was The Foundation for New Era Philanthropy whose founder, John Bennett, created a Ponzi scheme in 1989 that brought in over $500 million before it was finally unmasked in 1995 by Albert Meyer, a Spring Arbor College accounting professor who asked this simple accounting question about the nonprofit's income statement and balance sheet. If New Era had all this cash in their account, why was there no income shown on the income statement? 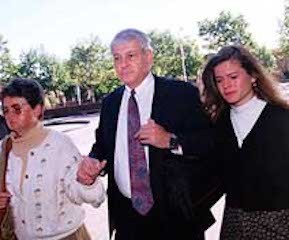 Meyer alerted federal investigators and The Wall Street Journal to his suspicions that New Era was, in effect, a pyramid scheme. That question led to a twelve-year prison term for Bennett and over $400 million in restitution paid to investors.

It has been widely documented that corrupt management teams tend to engage in bullying. A marked characteristic of financial fraud is efforts on the part of a dishonest management team to try to get rid of anyone who is asking questions. Typically, the worst people will rise to the top of a nonprofit that has been poisoned like this--accelerating the fraud.