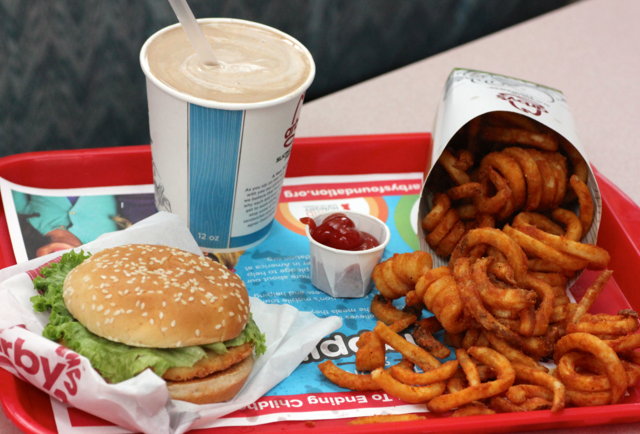 Fast food: it's supposed to be cheap. But somewhere along the line, presumably due to communist witches, bad things started happening. Dollar menus became "Value Menus," because nothing cost a dollar. "Extra Value Meals" stopped providing it. HOLY CRAP THEY JUST CHARGED YOU FOR SWEET & SOUR SAUCE.

But deep within their menus lies hope. To excavate it, we hit some top fast food joints and devised delicious, filling meals you can put together using only a five-dollar bill (and maybe a few of those Buffalo nickels you like to flash around, depending on tax).

We chose what to order based on what 1) had a high caloric content, because it's important to be, like, all full of energy after eating cheeseburgers, 2) tasted great, and 3) would mesh well with other menu items in the interest of making a full meal for $5. The results: 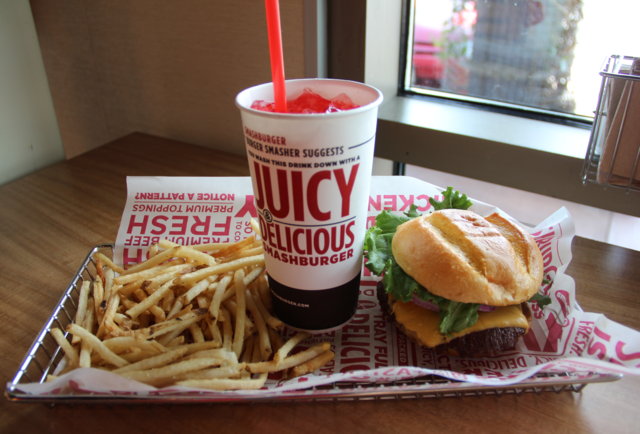 Restaurant: Smashburger
What to Order: Most Smashburgers start at $4.99, and we value variety in our incredibly cheap meals, so that was a no go. Luckily, the Kids Smashburger meal ($4.99) offers a slightly smaller patty in exchange for a nice portion of fries, and a calorie-laden Fruit Punch. One downside: the meal does not include a toy. Smashburger was clearly never a child itself at any point.
Total Calories: 1010
Cost (pre-tax): $4.99 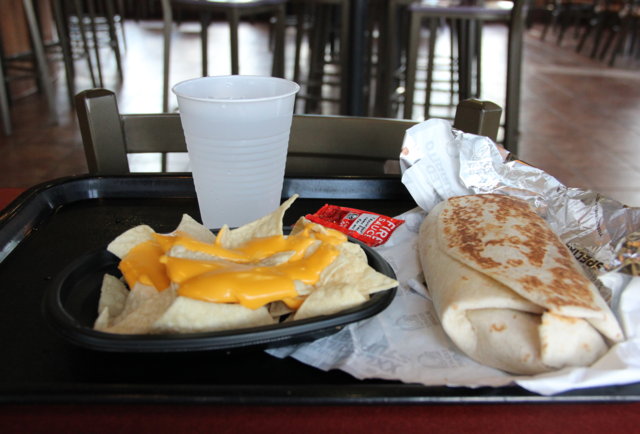 Restaurant: Taco Bell
What to Order: That there behemoth is the XXL Grilled Stuft Beef Burrito ($3.99), which has eight times the number of calories as your average Doritos Locos Tacos, easily making it a much better value. And those cheesy nachos ($0.89) are the icing on a cake made of tortilla chips that've been drenched in processed nacho cheese. Despite the best efforts of Bond villains, water continues to be free.
Total Calories: 1150
Cost (pre-tax): $4.88 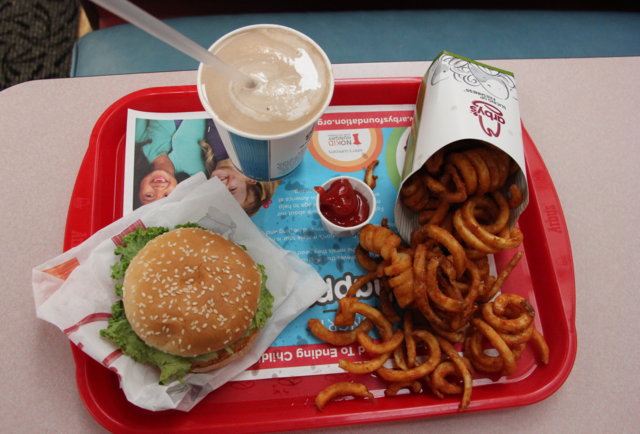 Restaurant: Wendy's
What to Order:One of the rare cases where ordering a meal is the way to go, we opted for the Jr Bacon Cheeseburger, small fries, and a small Coke ($3.59 together), all of which left enough cash for the very necessary small chocolate Frosty ($0.99).
Total Calories: 1150
Cost (pre-tax): $4.58

See the best possible $5 meals at McDonalds, Chipotle, Burger King, and many more -- all in the full story on Thrillist.com!