Starting and ending conversations at networking is without a doubt where most of that unavoidable networking awkwardness occurs. But it doesn't have to be that way. There's nothing wrong in going into an event with some intro and outro ideas up your sleeve.

If you think starting a conversation is hard, because it is, here's my favorite networking tip: Be the closer. 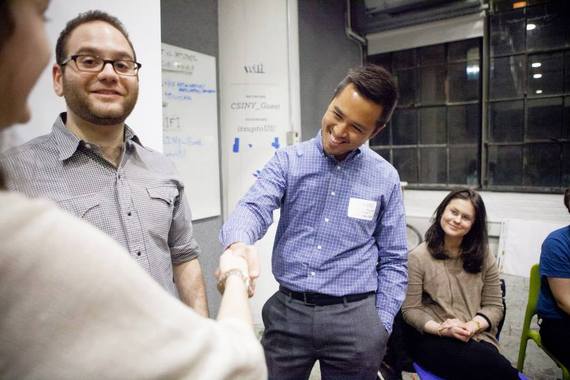 No one likes ending a conversation regardless of whether or not it's going well. If you take the initiative to end the conversation and move on, I guarantee the person you are talking to will be grateful. Do it before a conversation goes stale, or if it's stale from the start.

Want to take it a step further? Don't just close the conversation but take the person who you're talking to over to someone else you've met during the night and make a new introduction. Of course, you shouldn't just drop them off with no context. Start the introduction with what they have in common even -- if it's as small as what they majored in, where they went to school or what neighborhood they live in.

Plus, if you're able to make a good introduction at an event it also shows that you were listening.

Get the conversation started with these openers:

Make a clean exit with these closers:

How do you avoid awkward moments when networking? Share your tips in the comments!