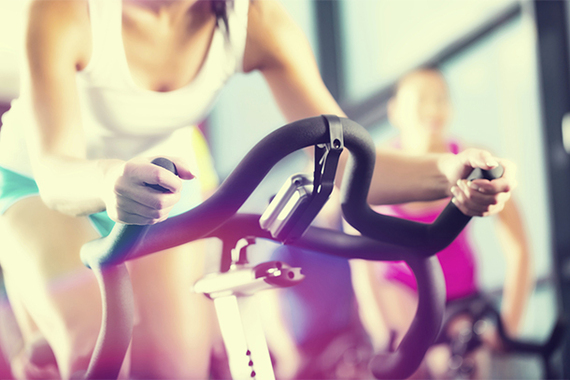 Whether it's a quick business trip or a relaxing vacation, traveling often comes at the cost of all your healthy habits. Operating on a tight schedule and indulging in a new culture can mean more eating out and less exercise, but it doesn't have to be that way.

Experts point to a few simple rules that can make your trip a healthful one and keep you feeling bright-eyed and bushy-tailed during and after your journey. Here's what you should be doing to keep from being an over-indulgent traveler.

The hotel gym is one way to maintain your workout schedule, but planning an adventure getaway that includes hiking and rock climbing or a running tour could be the key to keeping you active. More and more travelers are taking advantage of running and biking tours, and programs like Class Pass, which can get you into nearby cycling or yoga studios if you're more of a group exercise person than a solo one.

The mode of travel can affect how you eat and work out, but mostly it will depend on your own choices. For example, while cruises often carry the connotation of excess and overindulgence, they're also full of fitness options, according to nutrition expert Dr. Caroline Apovian.

"Cruises can be great because usually there are pre-planned exercise classes," Apovian says. "You just have to plan ahead that you will do these things."

Off-board adventure excursions are also key, from dogsledding in Alaska to volcano hiking in the Caribbean. You're more likely to exercise if it's part of the experience you've planned—and paid for—so don't forget to pack your workout clothes and sneakers.

Dehydration is common among air travelers and both worsens the physical symptoms of jetlag and weakens your immune system. You may think drinking lots of water while traveling is a no-brainer, but TSA restrictions and salty plane food can sabotage your efforts. Bring an empty, reusable water bottle you can fill in the terminal (once you're past TSA), and stick with water and unsweetened tea during the trip rather than sugary drinks and alcoholic beverages.

"A lot of people have wine on planes to get to sleep and don't realize it will dehydrate them and disrupt their sleep cycle," Blake said. "That's not a restful sleep."

Alcohol will undo all that hydrating you did before the flight. While it may make you pass out faster, you won't get the REM cycle you need and your hunger hormones could flare up if you're tired. This brings us to our next healthy habit.

If you're traveling across time zones you'll need to catch up on some lost hours of sleep. In addition to getting eight hours before you fly, you'll want to readjust your sleep schedule, says Apovian.

You'll need about one day to recover per time zone passed, and what you eat could affect the sleep that you do get. Apovian says to avoid alcohol and spicy or heavy food near bedtime. Instead, opt for caffeine-free herbal teas like chamomile or mint. Products infused with tart cherry juice like Fast Asleep lozenges are a good source of natural melatonin.


Blake says snoozing on the plane is especially important, since sleep deprivation can make you feel falsely hungry.

"Your hunger hormone, called Ghrelin, is elevated when you're tired," according to Blake. "You can end up landing and being hungry just because you haven't gotten an adequate amount of sleep. So bring a neck pillow and eye mask, or they sometimes have them on the plane."

Getting seven to eight hours of sleep per night is crucial, Apovian says. "Otherwise your hunger hormones will go crazy and you'll overeat."

Speaking of food, activity-packed vacations and busy work trips are often a time when people give in to fast food options and extravagant business dinners. But it's important to remember that healthy food can be fast, and business meals don't have to be so indulgent.

Blake, who I spoke to as she waited to board a flight for work-related travel, says she prefers business lunches as opposed to dinners because they allow for smaller portions and less or no alcohol.

"You save a lot of calories," she said. "If I need to do dinner, I try to get seafood and go with smaller portions. Grilled shrimp and scallops are good to order because those portions are always smaller."

Protein and grain should each be one quarter of your plate, and the other half of your plate should be made up of fresh vegetables. As for plane food, Blake says she tries to get to the airport early enough for a healthy sit-down meal rather than eating the high-sodium in-flight options. Skipping that food will also give you more time to sleep.

But even if you don't have time for that pre-flight meal, quick options don't have to be greasy or high in carbohydrates. Apovian and Blake both recommend stocking up on fresh salads topped with chicken, and vegetable packs that come with low-fat dip. Just remember that TSA can take any liquids over three ounces—small dressing packets and hummus cups are safe, but larger sauce bottles and yogurts could be confiscated. No one wants to eat a dry salad.

Even if you're getting your workout in each morning, it's always a good idea to get in a long walk. This is especially important in places that aren't very compact and require you to drive or use public transit often. You should be getting at least 10,000 steps in every day, and a FitBit or smartphone app can help you keep track, whether you're just shopping or heading to a nearby track.

"Get around by foot rather than cab. Bring sneakers and walk everywhere," Blake says. "As long as it's safe. Ask the concierge what areas are best for walking."

It's also a good idea to walk the terminal at the airport with your rolling suitcase while you're waiting to board your flight. You'll be sitting for hours soon enough.

And, of course, take the stairs.

Read the original story: How to Stay Healthy While Traveling by Shannon McMahon, who is a regular contributor to SmarterTravel.